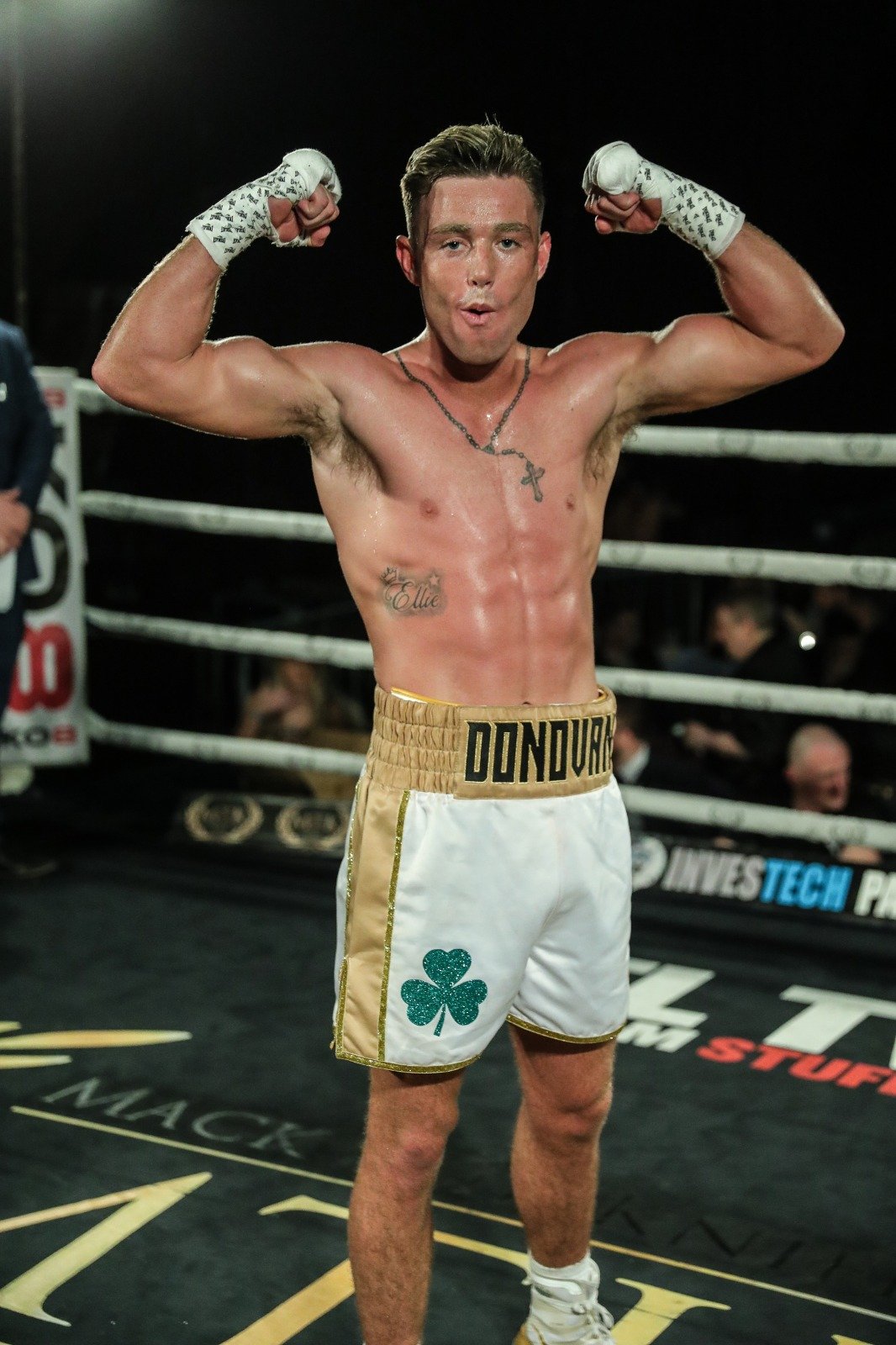 Paddy ‘The Real Deal’ Donovan pulled off a ‘Christmas Cracker’ last night at the University of Bolton Stadium, Bolton in the UK on an MTK promotion with a 3rd round KO win against the tough and durable Nicaraguan fighter, Oscar Amador in their welterweight encounter.

The 20 year old Irish star opened round 1 with his rangy southpaw jab before offloading menacing body shots and stiff uppercuts forcing his opponent to cover up.

Amadar has a reputation of a fighter with an ability to absorb the best shots an opponent can offer. In round 2 Donovan went on the offensive like a builder demolishing a wall with a sledge hammer he attacked the Nicaraguan fighter with controlled shots to the body and head.

In the 3rd round, Donovan continued his offensive and unleashed a powerful left hand sending Amador to the canvas and ending the contest.

The Top Rank fighter now has 3 wins out of 3 outings with 2 KOs.

At ringside Donovan commented ‘It was a great fight, I had a job to do and it was good to get Oscar Amador out of there early. There was a good rhythm and flow to my punches tonight and my game plan paid off.’

‘I am delight to get 3 fights in the first 3 months of my pro career. A special thanks to MTK and my promoter, Bob Arum of Top Rank for organising these fights.’

Andy Lee former World WBO Middleweight Champion, Donovan’s manager and trainer also commented after the fight ‘Paddy boxed really well, he was in total control and his natural talent and ability shone through. He is young and we have plenty of time to further develop and hone his skills.’

‘We will take time off for Christmas and like everyone else we will be back to work in the New Year and eager to get down to business. We are looking forward to 2020 and keeping Paddy active.’

St Patrick’s Day, 17 March 2020 at Madison Square Garden’s Theater, New York on the undercard of Irish Featherweight kingpin Michael Conlan has already been pencilled in as a fight date for Paddy Donovan.

With Andy Lee part of the Tyson Fury training personnel a spot on Tyson Fury v Deontay Wilder heavyweight rematch undercard on February 22, 2020 may also be an option for Ireland’s rising boxing star.