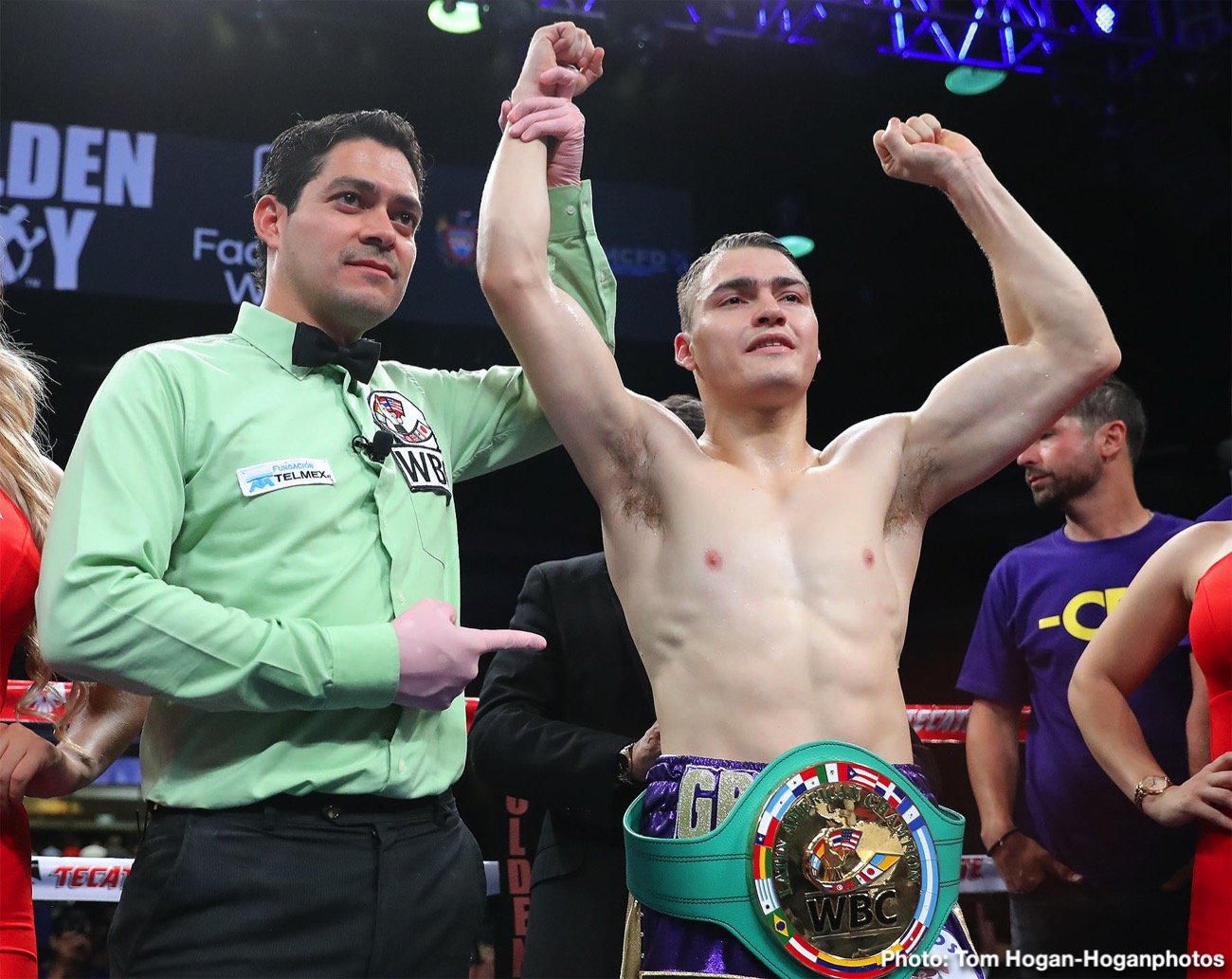 Lightweight contender Oscar Duarte (18-1-1, 13 KOs) of Parral, Mexico successfully defended his WBC Latino Lightweight Title via third-round technical knockout against Humberto De Santiago (18-7-1, 13 KOs) of Santa Catarina, Mexico in the scheduled 10-round main event of Golden Boy Fight Night on Facebook Watch. The fight, which took place at The Gimnasio Rodrigo M. Quevedo in Chihuahua, Mexico, was stopped at 2:28 of the aforementioned round. The fights were streamed live globally on Facebook Watch via the Golden Boy Fight Night Page.

“It’s a great honor to have fought here tonight,” said Oscar Duarte. “It was even more special because of all the people from Chihuahua who came to see me. I want to say that they are the ones who motivate me. Fighting at home is a big commitment. You don’t just want to win; you have to win convincingly. There was some pressure, but that’s why I trained even harder.”

In the co-main event, Francisco “El Bandido” Vargas (26-2-2, 18 KOs) of Mexico City, Mexico defeated Ezequiel Aviles (16-5-3, 6 KOs) of Ensenada, Mexico via ninth-round technical split decision in a scheduled 10-round lightweight fight. Vargas won with scores of 96-97, 98-94, and 98-94 after the fight was stopped in the ninth round due to a cut on Vargas’ right eyelid that was caused by a headbutt.

“It was difficult because my opponent would come in headfirst,” said Francisco Vargas.”He never hurt me, and I believe that I hurt him, and that’s why he would clinch me and come in headfirst. I’m going to take some time off to go to the doctor and get surgery in order to prevent anyone from taking advantage of this cut in the future.”

Luis Hernandez (20-0, 18 KOs) of Chihuahua, Mexico defeated Victor Zuniga (20-4, 9 KOs) of Ciudad Acuna, Mexico via technical knockout in the seventh round of a 10-round fight for the WBC Youth Super Lightweight Title. Hernandez won with a time of 2:22 of the just-mentioned round.

Jose Martin Estrada (10-2-1, 5 KOs) of Monclova, Mexico defeated Angel Pillado (12-2, 7 KOs) of Mexico City, Mexico via technical knockout at 1:31 of the fifth round of a bantamweight fight originally scheduled for eight rounds.

Duarte vs. De Santiago was a 10-round fight for the WBC Latino Lightweight Title presented by Golden Boy in association with Miguel Cotto Promotions. The event was sponsored by Tecate “THE OFFICIAL BEER OF BOXING” and the City of Chihuahua. The event took place Saturday, Oct. 19 at The Gimnasio Rodrigo M. Quevedo in Chihuahua, Mexico. 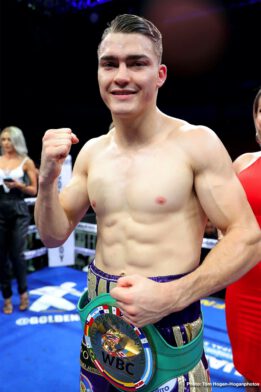 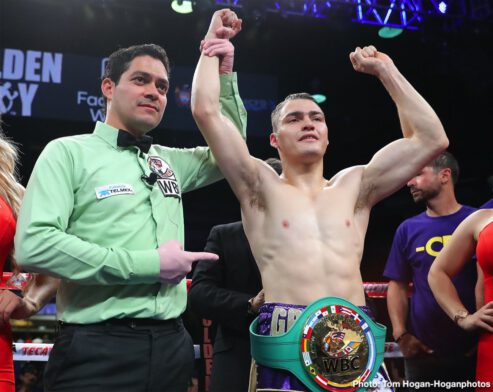 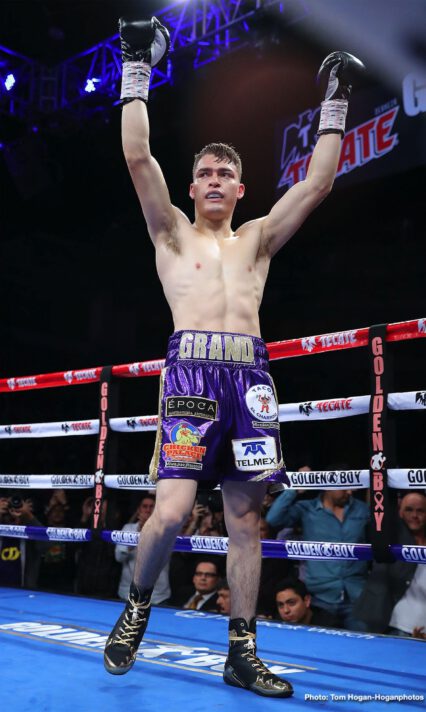 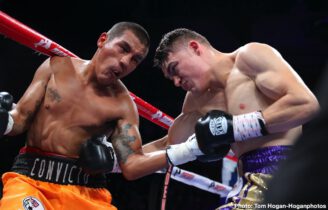 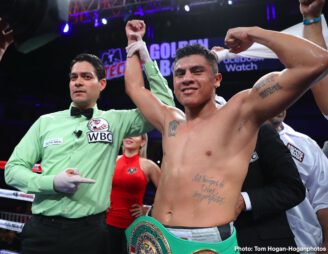 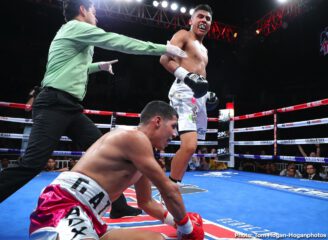 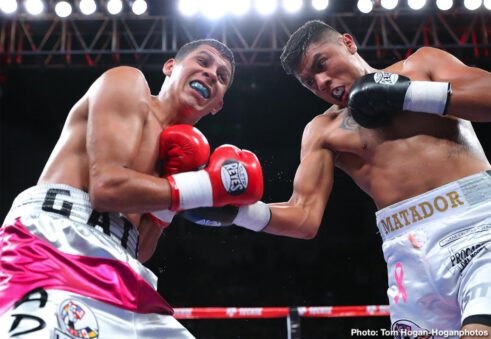 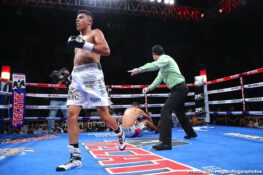 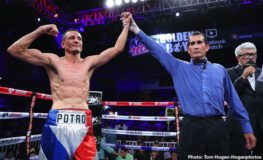 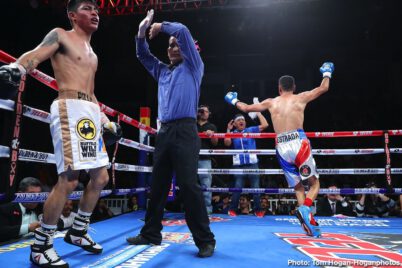 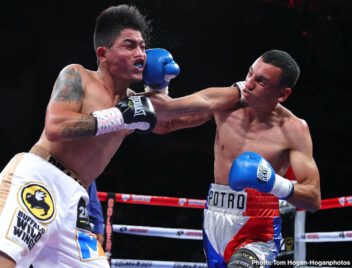 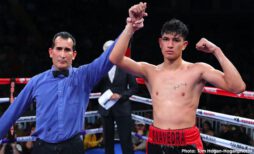 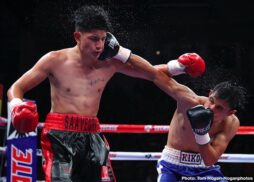 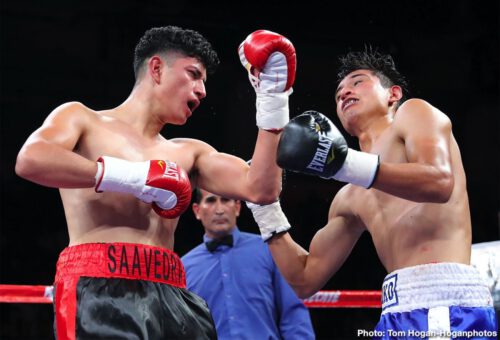 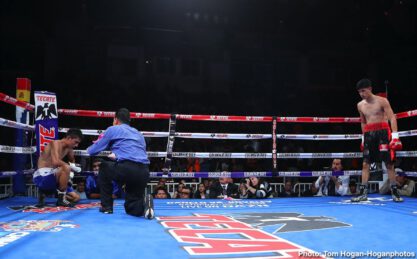 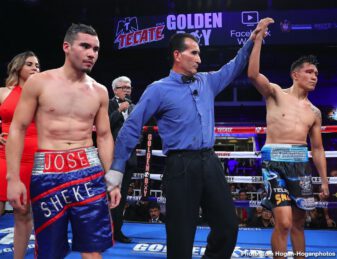 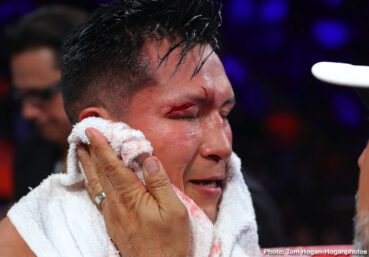 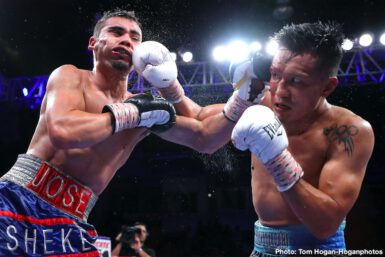