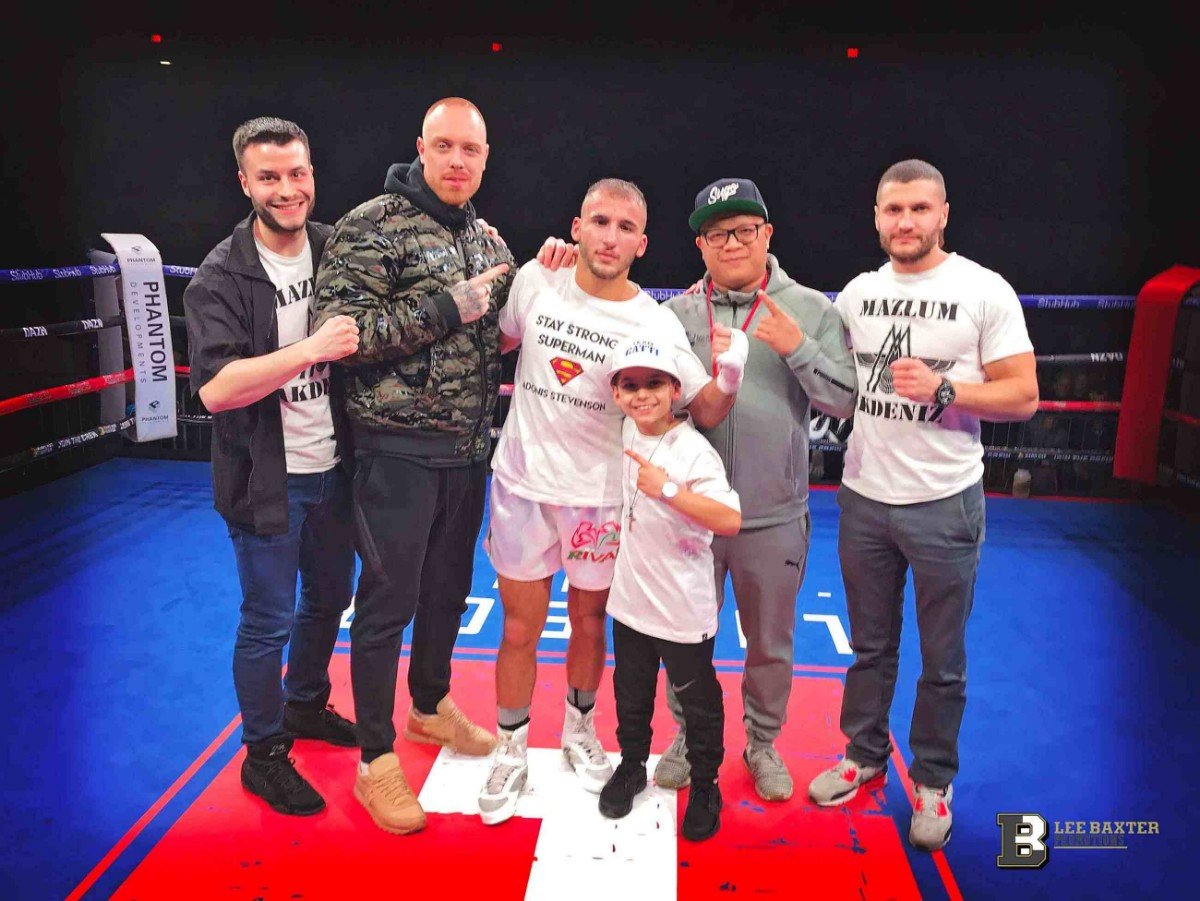 Top 140-pound prospect Mazlum Akdeniz added to his undefeated record over the weekend with a thrilling stoppage victory over Mexican veteran Alberto Bautista in Cornwall, Ontario.

Bautista, a veteran of 17 professional fights, attempted to apply pressure on Akdeniz throughout the fight, but was simply overmatched by the 21-year old’s handspeed and accuracy. Akdeniz repeatedly ran him into counter left hands, before turning the tides and walking him down behind laser sharp lead lefts and right hooks.

In the sixth round, Akdeniz trapped Bautista along the ropes, uncorking almost 30 unanswered punches before the referee stepped in to stop the bout.

“We already knew Mazlum was as technically sound as any fighter in Canada, but what we’re starting to see now is his killer instinct,” said promoter Lee Baxter. “It would be easy for him to simply outbox guys, especially a veteran like Bautista who knows how to survive, but he’s going out and stopping these guys. That should tell everyone that we have something special on our hands.”

Akdeniz’s amateur credentials showed signs that he would indeed be special. In addition to winning the 2015 Ringside Championships, Akdeniz also scored a win over Jorge Moiran Vinent, becoming the first Quebec-based boxer to defeat a Cuban fighter since the legendary Jean Pascal in 2005.

Now as a professional, he seeks to follow in Pascal’s footsteps in becoming a world champion.

Akdeniz (8-0, 4 knockouts) paid his respects to Quebec boxing legends on Saturday, as well. He wore a t-shirt with the name of Adonis “Superman” Stevenson, former light heavyweight champion who tragically suffered traumatic injuries in a bout last December, and is battling back valiantly to this day. Akdeniz also walked to the ring with Arturo Gatti Jr., the son of the late Hall of Famer Arturo Gatti.

“We believe Mazlum can have his name alongside the great Canadian fighters of all-time one day. We’re going to take it one step at a time, but those steps can come more and more frequently—we want to keep him as active as possible, and want to start taking steps up in competition right away,” said Baxter.

Akdeniz is expected to be back in action before the end of April.

This past Saturday night, February 23 in Tijuana, Mexico, top welterweight prospect Shakhram Giyasov improved to 7-0 with a dominant performance and fifth round knockout of hometown favorite Edgar Puerta, (25-12-1, 19 KO’s), at the Municipal Auditorium.

The 25-year-old Giyasov, trained by the renowned Joel Diaz, displayed his full arsenal of power shots and world class skills before Puerta’s corner called a halt to the bout in the fifth stanza.

Fighting under the World of Boxing banner and guided by Vadim Kornilov, Giyasov, (7-0, 6 KOs) has stayed busy since turning professional in March 2018 following an outstanding amateur career which was capped by winning the Silver Medal at the 2016 Olympics in Rio de Janiero, Brazil for his native Uzbekistan.

The victory took place on a Matchroom Boxing promoted event as World of Boxing are currently in discussions about a possible promotional partnership for Giyasov.

Said Andrei Ryabinskiy of World of Boxing, “Shakhram Giyasov looked very good against a tough opponent fighting this past Saturday in Mexico. Giyasov is on his way to becoming a world champion, we hope to give him this opportunity very soon!”

Stated Vadim Kornilov, “We’re very pleased with Shakhram’s performance tonight against a battle-tested professional in Edgar Puerta. He fought six times in 2018 and we expect him to stay busy and keep improving this year as we step up the competition that we feel is appropriate for him. Boxing fans are going to love watching him fight the more they see of him.”