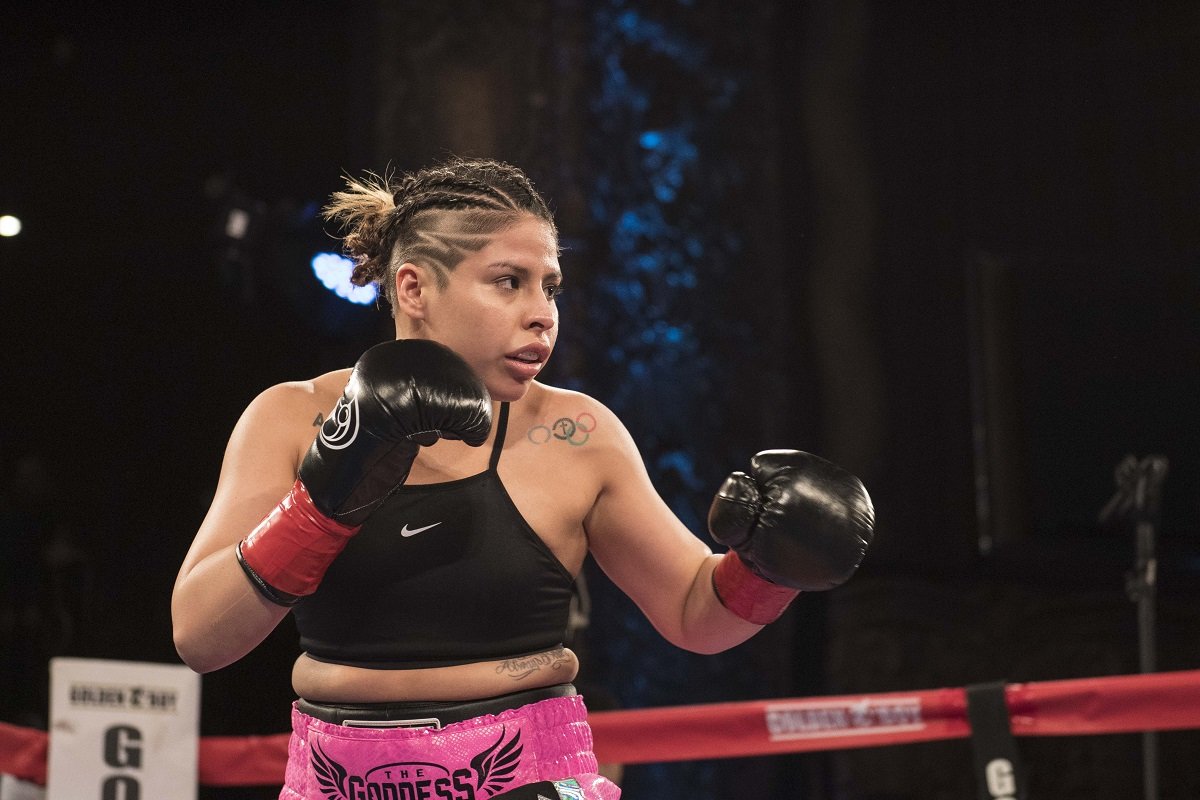 Marlen Esparza (5-0, 1 KO), the 2012 Olympic Bronze Medalist of Houston, Texas, scored an exciting third-round TKO victory against Laetizia Campana (2-5) of Philadelphia, Pa. in the exciting main event of the April 6 edition of LA FIGHT CLUB at the Belasco Theater in Los Angeles, Calif. and televised nationally on EstrellaTV’s Boxeo Estelar. After landing several unanswered right hands, Esparza stopped Campana at :11 of the third round of a scheduled eight-round super flyweight fight.

Photo Credit: Lina Baker/Under The Hand Wraps
“We worked on being more aggressive and on landing the right hand,” said Marlen Esparza. “People aren’t used to seeing that side of me, so I showed it to make a statement. Who do I want next? Seniesa Estrada. Did you not see me point at her after I won?”

“I feel good. I almost had him out, but this guy [Ambriz] can take a punch. I hope to be back as early as June or July. I’m ready for a regional title as soon as Golden Boy Promotions says we’re ready for it.”

Jose Vargas (4-0, 3 KOs) of Pasadena, Calif scored a first-round knockout victory against Jorge Careaga (1-2) of Agua Prieta, Mexico in a scheduled four-round featherweight battle. After a quick feel-out process, Vargas dropped Careaga with a hard right hand that ended matters at :52 of the very first round.

“After all this hard work, I feel great,” said Jose Vargas. “I get in a lot of good work with my teammates Joet Gonzalez and Jousce Gonzalez. They really push me hard. I landed a hard right uppercut that ended the fight quickly, so I hope to be back soon.”

Esparza vs. Campana was an eight-round flyweight fight presented by Golden Boy Promotions. The event was sponsored by Tecate “THE OFFICIAL BEER OF BOXING” and Casa Mexico Tequila. The event took place on Friday, April 6, 2018 at the Belasco Theater in Los Angeles, Calif. Mark your calendars and buy your tickets for the upcoming shows on June 1, July 6, Aug. 10, and Oct. 12.

Tickets for LA FIGHT CLUB start at the fan-friendly price of $25 and are available for purchase now at www.goldenboytickets.comand the Golden Boy Promotions Facebook page.