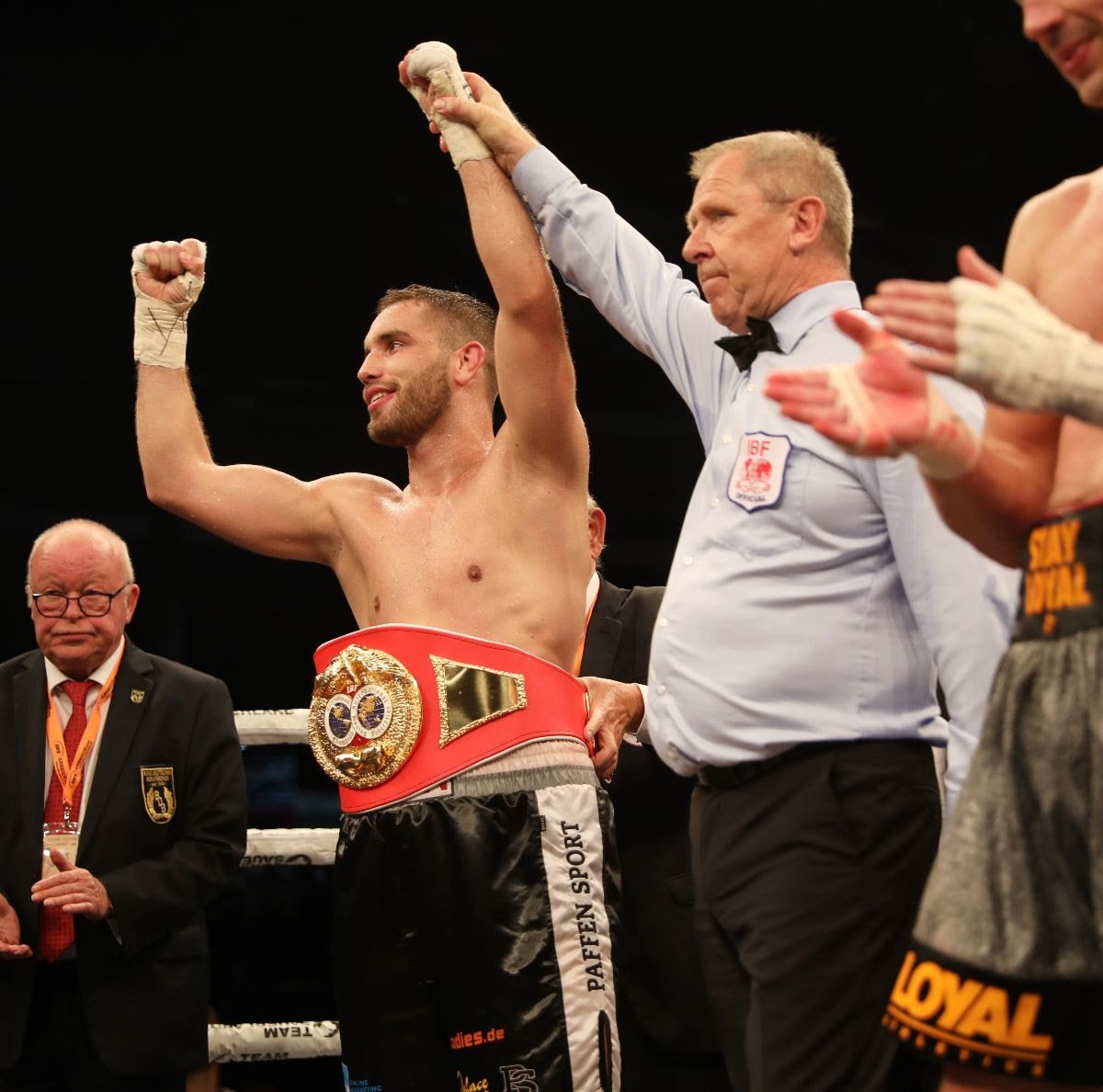 Leon Bunn (15-0, 8 KOs) defended his IBF International Light Heavyweight title on Saturday night with a dominant performance over Enrico Kölling (26-4, 8 KOs) that saw him win via unanimous decision at the CGM Arena, Koblenz.

Former World title challenger Kölling showed character and heart throughout the fight as he tried to keep up with the pace set by Bunn. However Bunn pushed the action throughout and won a comfortable decision, with the judges scoring the fight (116-112, 119-109, 116-112) as the 27-year-old from Frankfurt was victorious in his maiden title defence.

“I was comfortable and knew I was winning the fight,” said Bunn. “I was more ambitious and I was much more active. I’ll enjoy this victory and then hopefully even bigger tasks will come.”

Leon Bunn’s satisfaction in his performance and aspirations for a big 2020 were echoed by his promoter Nisse Sauerland.

“That was a great victory for Leon and totally deserved,” said Sauerland. “He dominated the fight against a dangerous challenger who has fought for World titles, and Leon never looked in danger. The year 2020 will be a very exciting one for Leon Bunn!”

Also on the card was 17-year-old Sophie Alisch who put in a superb performance, winning every round against World title challenger Irma Adler on all three judges scorecards in her first eight round fight.

“I feel great after my fifth victory,” said Alisch. “It was great to box over eight rounds today for the first time. I feel like I could have easily done ten, it was so much fun. The fight has definitely helped me take another step forward in my career, I will continue working hard and I’m looking forward to my next task!”