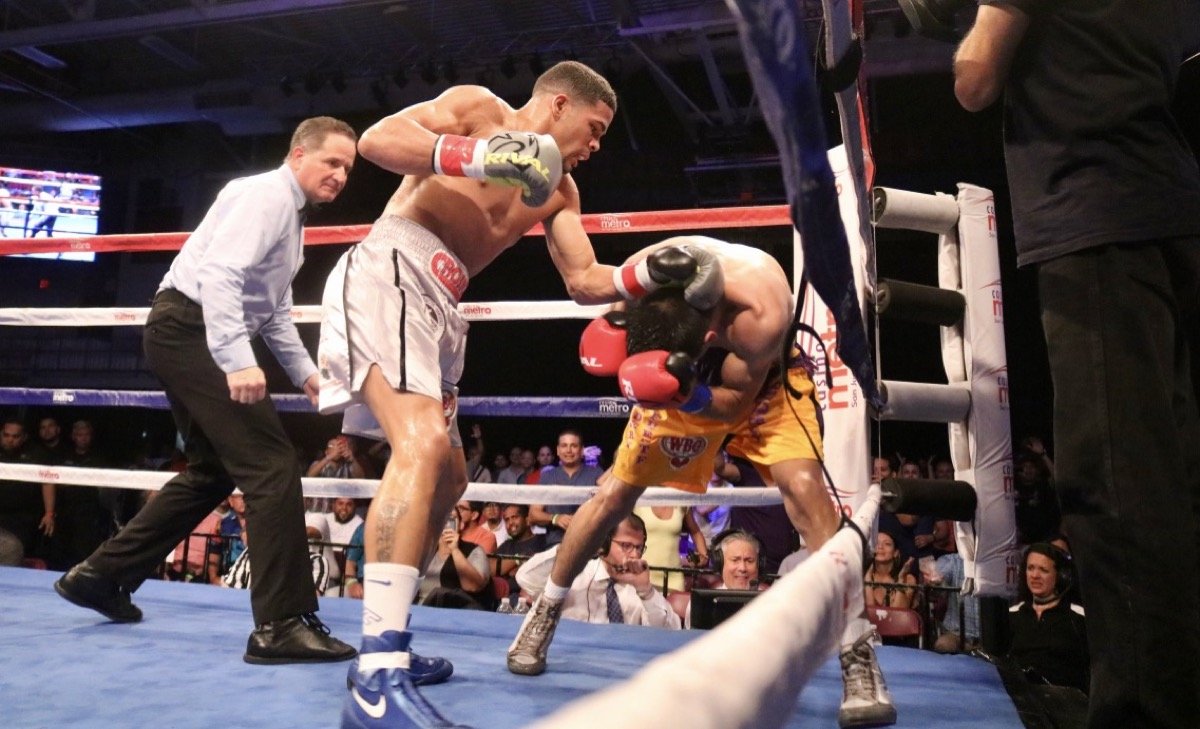 With a ruthless attack to the head and body of Nicaraguan Julio Laguna, Puerto Rican Jean Carlos “Lobo” Torres scored a TKO victory in the third round in the main bout of “A Puño Limpio”, which took out before full house at the Ruben Zayas Montañez Coliseum in Trujillo Alto in a presentation of PR Best Boxing Promotions (PRBBP) in association with Spartan Boxing.

Torres (16-0, 12 kos) defended his WBO Latino title at 140 pounds for the second time and scored his fifth straight knockout in his town of Trujillo Alto.

“I promised this victory to my Barrio La Gloria and I complied, the rival came well prepared and to fight, but as soon as I put good hands on the body I realized it was a matter of time to defeat him,” said Torres after his victory.

The fight began with Torres putting his hands to the face and body of Laguna (15-2, 10 kos), who responded successfully putting good punches to the Puerto Rican. In the second round both fighters were connected at times, but in the middle of third Torres shook Laguna with good combinations putting him in bad conditions and causing referee Luis Pabón to stop the action at 1:45 of the round.

In the main event of a show promoted by East Coast Promotions at the Boyd County Community Center in Catlettsburg, Kentucky, Hanshaw boxed brilliantly, showcasing dazzling hand-speed and great movement, dominating the fight with plenty of effective combinations.

“Quiet Storm” Quattrocchi, strong and willing, did well to never stop trying his best to turn the tide, but Hanshaw, spurred on by his many home-town fans from nearby Ashland, was just a level above and out-boxed him for much of the way.

After twelve rounds of action there was no question who the winner was, and judges Tony Hopper, Carlo Kellem and Ray Powers all scored it widely for Hanshaw: 119-109, 119-109 and 120-107 respectively. Referee in charge of the action was Marvin Whittamore.

The new World Boxing Federation (WBF) World Super Middleweight Champion, coming down from Light Heavyweight where he held the WBF Intercontinental title, improved his professional record to 15-1-1 (7). Quattrocchi drops to 11-3-1 (5).