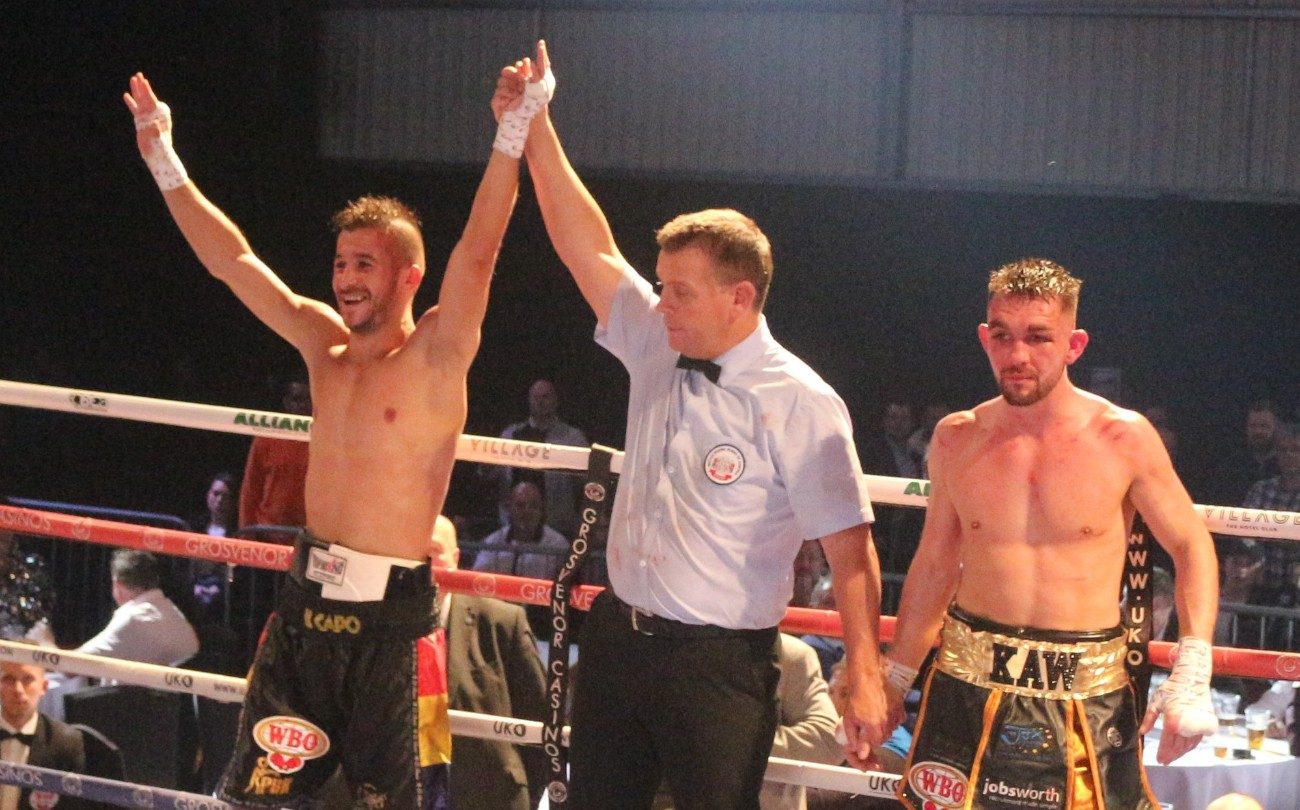 The former Midlands and English Champion lost a close contest to Romania’s Ionuta Baluta at the Hangar Events Centre, Wolverhampton, on BCB Promotions’ We Are Wolves show.

Baluta failed to make so, despite his win, wasn’t able to collect the strap. The Madrid-based Romanian was 3.6lb over the 9 stone limit at Thursday’s weigh-in.

Williams had to battle adversity throughout the fight. Caught in the first round, the 27 year-old had to pick himself up off the canvass after being caught by the heavy-handed Baluta.

A nasty cut was next to throw a spanner in the works but his corner of Errol Johnson, Paul Mann and Ben Wilkes worked wonders to ensure it didn’t affect him too much.

As the fight wore on Williams became more and more eager to press but that led to his opponent being able to catch him on the way in. Baluta slowed the pace down and Williams just couldn’t find that extra gear, or movement, to put his opponent off his stride. On two occasions the Romanian was deducted a point for spitting out his gumshield, a sign of his tiredness, as the bout wore on.

The near sell out crowd try to pull their man through but, sadly for Williams, it wasn’t to be.

Hungarian Judge, Bence Kovacs, scored the contest 92-95 Baluta with Birmingham’s Terry O’Connor scoring 96-92 in Williams’ favour. Dudley’s Shaun Messer agreed with his Hungarian counterpart and scored it 93-95 in favour of the Romanian, leaving Williams on teh end f a split decision loss. His record now stands at 11-2.

Elsewhere on the card, there were victory for Wolverhampton quartet Conah Walker, Sid Bowater, Antony Woolery and Kirstie Bavington.

There was disappointment for Wolverhampton’s Clayton Bricknell though who suffered a 39-38 defeat against debutant Stu Greener.

BCB promotions’ next show takes place on the 7th December at Walsall Football Club with a dinner show encompassing Anthony Joshua’s heavyweight clash with Andy Ruiz which will be shown on the big screens.

READ:
Frank Warren Signs Liverpool Trio
Read: VIDEO: Exactly how good was Tokyo Douglas?
Read: Meldrick Taylor: He Is Defined By One Fight And One Fight Only
Follow @boxingnews24