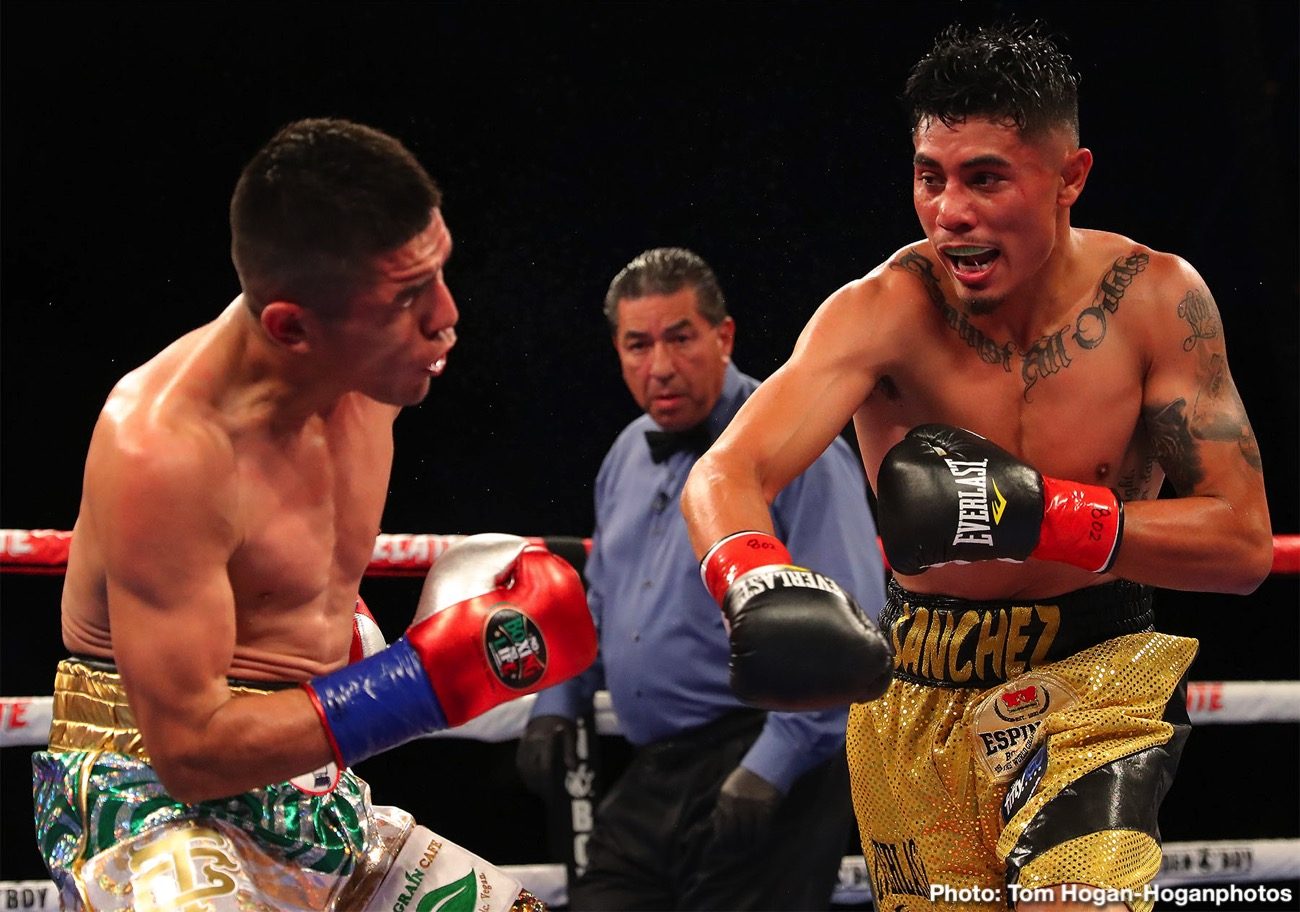 The Oscar De La Hoya Foundation presented a spectacular night of professional boxing today at Pasadena City Hall to give back to the community. The proceeds from the public event will go towards the Foundation to help support programs that will benefit the youth and community of Pasadena.

“I wanted to do something for Pasadena for the first time,” said Oscar De La Hoya, Chairman and CEO of Golden Boy. “So we decided to give free fights to everyone. Also, on behalf of the Oscar De La Hoya Foundation, I want to donate $100,000 to various foundations here, especially Villa Park, which I have always supported. A lot of kids have made their dreams come true by staying off the streets and by taking up a sport that will drive them to bigger and better things like boxing. On behalf of Golden Boy Promotions and myself personally, I want to thank you for opening the doors for us. Thank you for having a beautiful city, and thank you for everything.”

The event was televised as part of a special Friday edition of the Golden Boy DAZN Thursday Night Fights series with welterweight prospect Ferdinand “Lucky Boy” Kerobyan (12-1, 7 KOs) of North Hollywood Calif. scoring a second-round knockout against Daniel Evangelista Jr. (20-11-2, 16 KOs ) of Mexico City, Mexico in the scheduled eight-round main event. Kerobyan won with a time of 1:54 of the aforementioned round.

“I want to take this time to thank God for giving me the opportunity to do what I love,” said Ferdinand Kerobyan. “I also want to dedicate this fight to a dear supporter who passed away. If Golden Boy wants me back in four weeks, then I’ll be ready to do it. I’m ready to come back next week.”

“I was trying to figure this guy out,” said Emilio Sanchez. “I finally listened to my corner by the end, and you saw the result. All of this is a product of hard work, which pays off in the end. Thank you all for the support.”

“We did as we planned tonight,” said Bektemir Melikuziev. “By my fifth fight, I want to fight for a world title.”

“I feel amazing,” said Eben Vargas. “It was a great experience to fight on a Golden Boy card for a second time. Beating an undefeated fighter will do a lot for me. I want to come back soon and fight in September.”

“I give myself an ‘F’ in this fight,” said Jousce Gonzalez. “I did poorly. I could have popped my jab more, but I hurt my shoulder early, and I couldn’t adjust. I still landed cleaner and harder shots though, so I got the victory.”

Anthony Garnica (4-0, 3 KOs) of Oakland, Calif. scored a first-round stoppage win against Yaqub Kareem (14-12-1, 8 KOs) of Bloomingfield, Mich. in a scheduled four-round featherweight weight battle. The fight was stopped at 2:59 of the just mentioned round.

“I feel great,” said Anthony Garnica. “I have a great corner and had a great camp, so I felt confident going into the fight. I’m going to continue to work hard and improving my craft.”

Kerobyan vs. Evangelista Jr. was an eight-round super welterweight fight presented by the Oscar De La Hoya Foundation. The fights took place on Friday, Aug 30 at Pasadena City Hall and was open to the public. The event was streamed live on RingTV.com and on Facebook Watch via the Golden Boy Fight Night Page. The series is also available on regional sports networks around the nation. To see when and where the series is available in your area, click here. 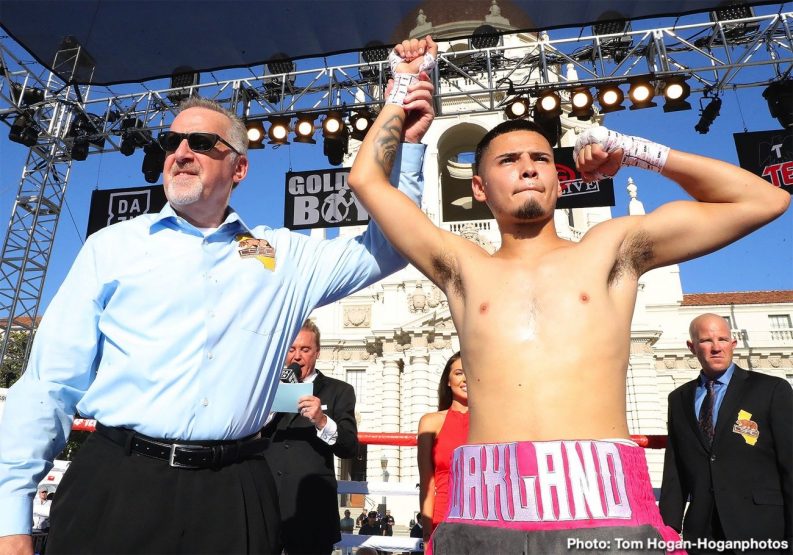 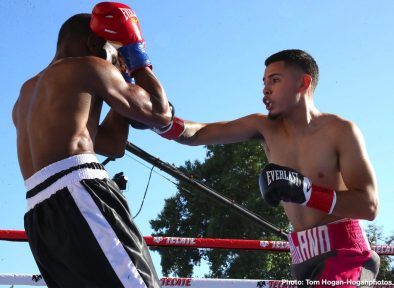 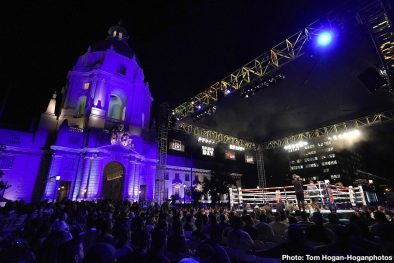 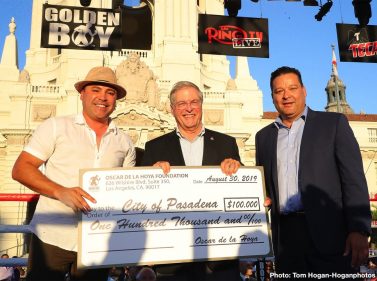 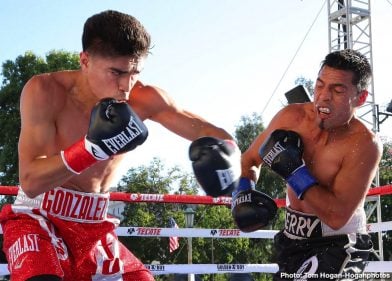 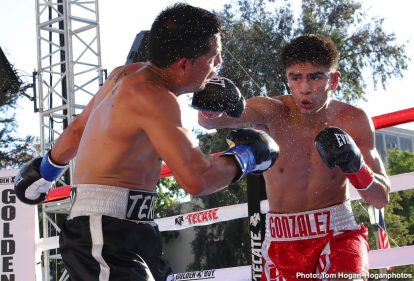 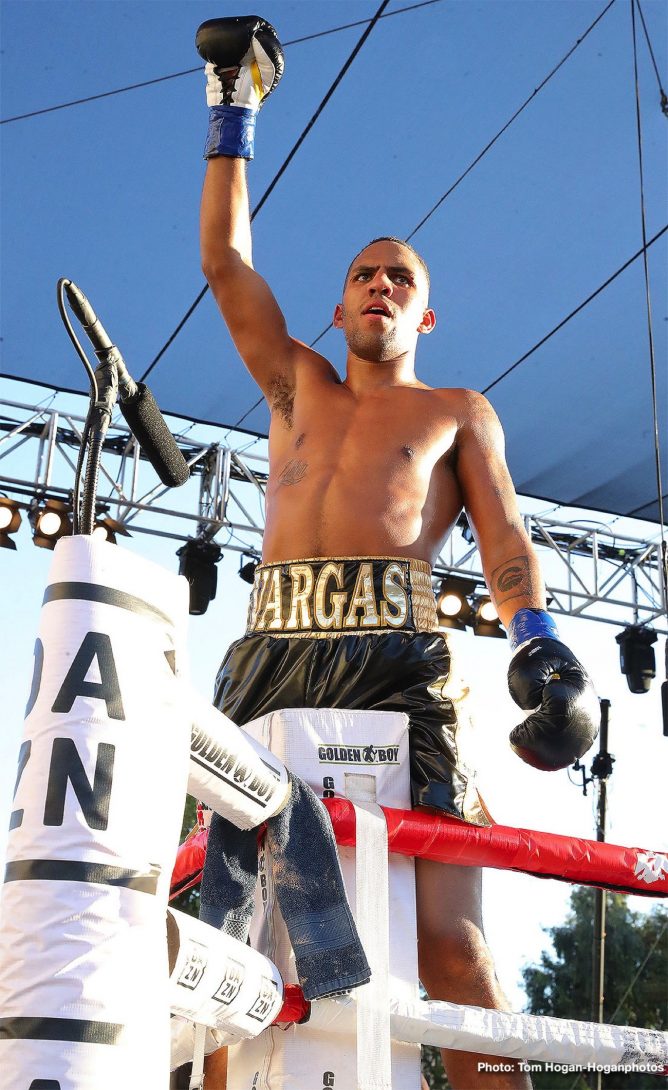 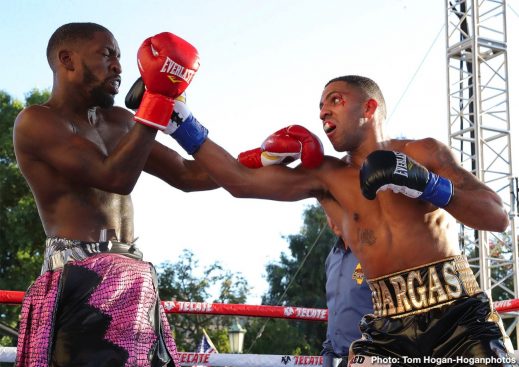 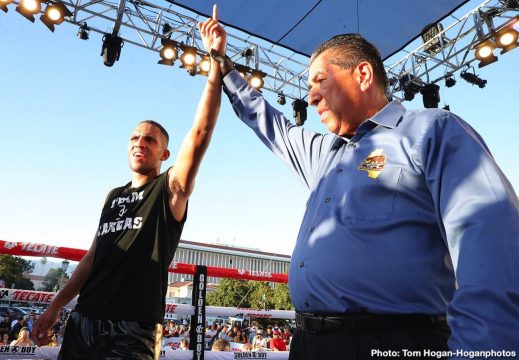 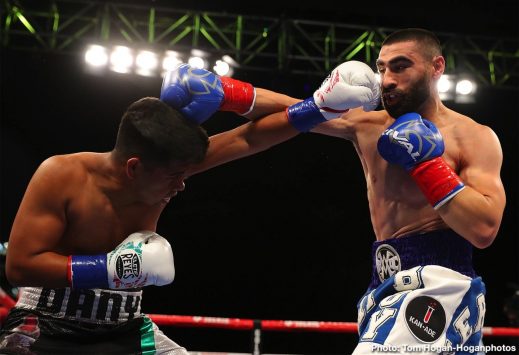 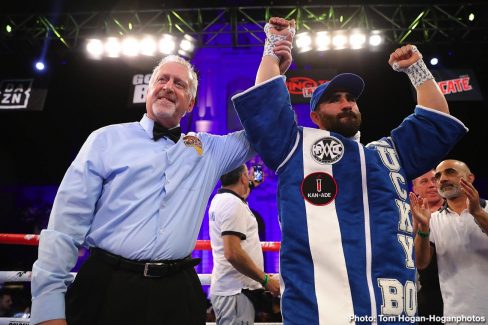 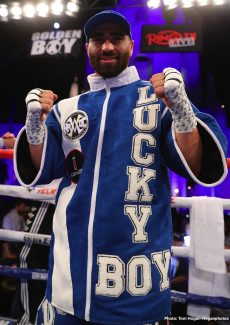 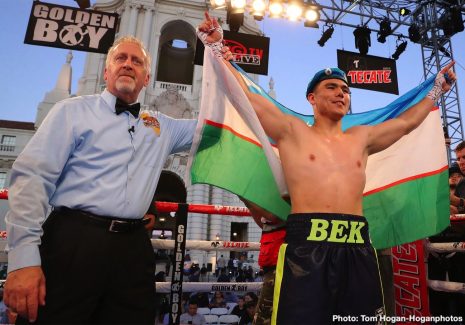 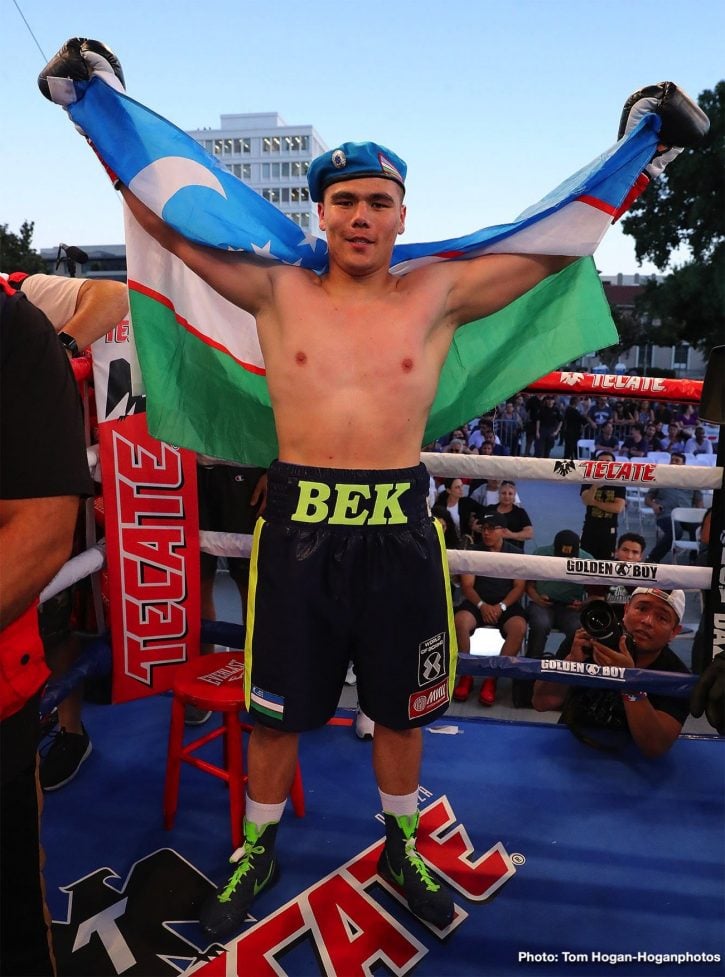 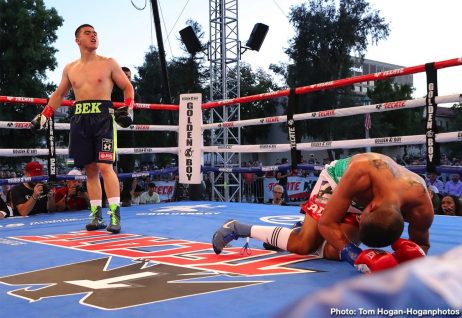 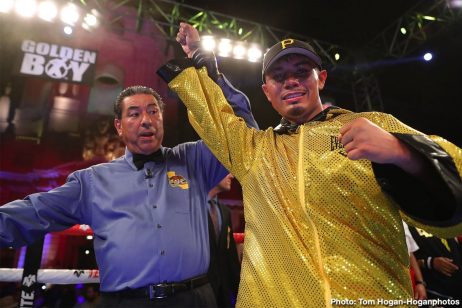 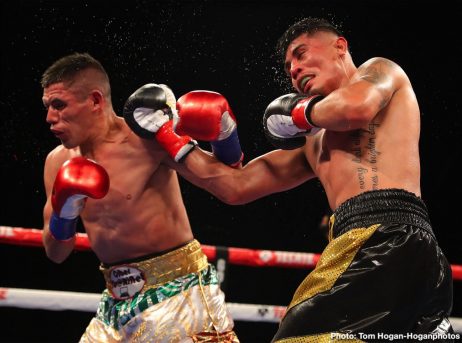 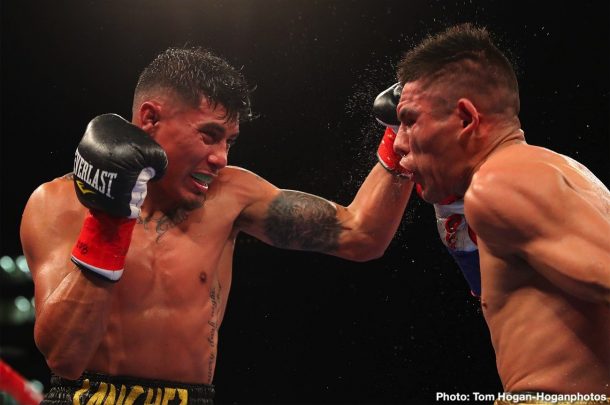 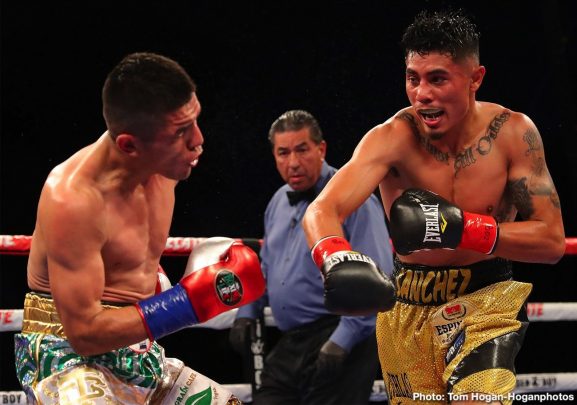