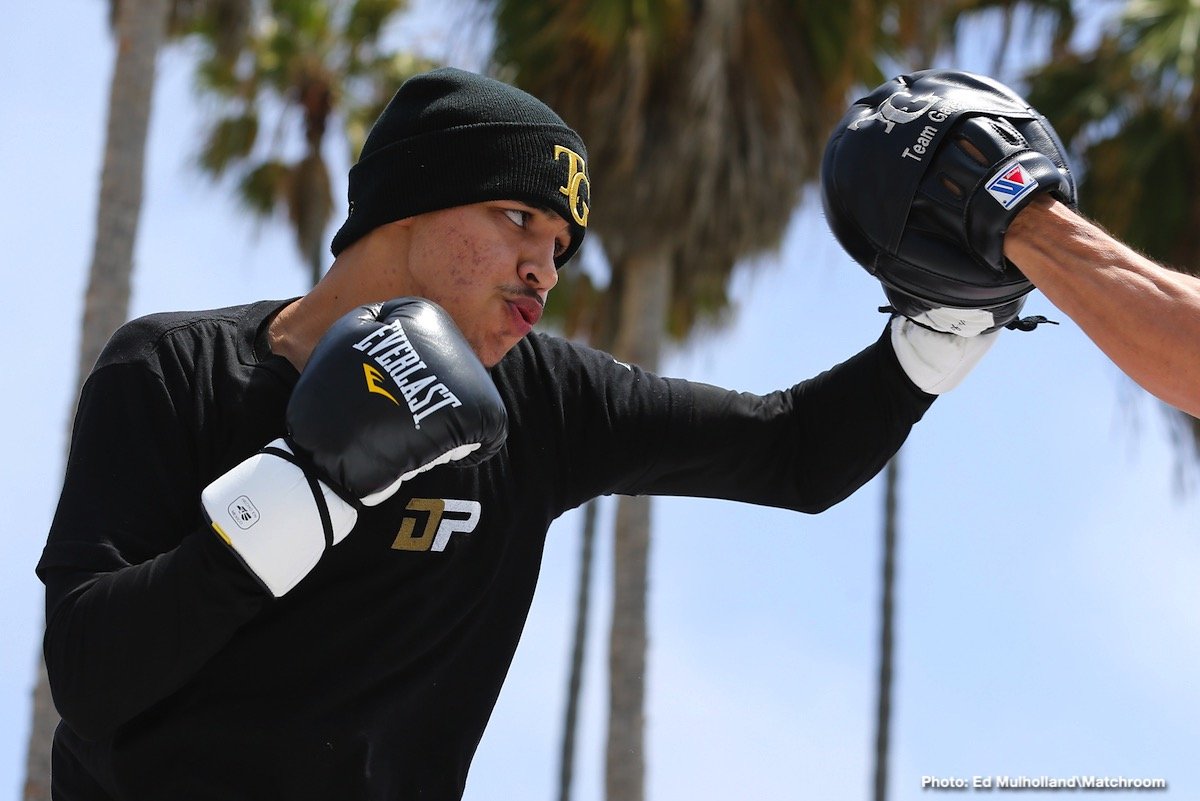 Teenage phenom, Diego Pacheco made an emphatic American debut by stopping previously undefeated Guillermo Maldonado the opening frame of their scheduled four-round middleweight bout on Friday night at The Forum in Inglewood, California.

Pacheco, 18 years-old, fought in his hometown of Los Angeles, and he did not disappoint.

After landing several hard right hands that rocked the head of Maldonado, Pacheco landed a thunderous left hook that dropped Maldonado hard to the canvas. The bout was immediately waved off at 1:46.

Pacheco of Los Angeles was the number-one middleweight in both the United States and Mexico.

Pacheco, who is managed by Split-T Management and promoted by Matchroom Boxing, was a 2017 National Junior Golden Gloves champion, and the 2018 United States Junior Olympic National champion.

This past Saturday at Cheer’s Bar and Grill in Tijuana, Mexico, rising super-bantamweight prospect, “Vicious” Victor Pasillas (14-0, 6 KOs), who is managed by Greg Hannley of Prince Ranch Boxing, remained undefeated with a 3rd round TKO against Saul Banos (14-15-2, 7 KOs). The scheduled 8-round bout was promoted by GM3 Boxing and Gonzalez Boxing Promotions.

Pasillas, who fights out of the southpaw stance, dictated the action from the opening bell, using lateral movement to land his punches. After dominating the first two rounds, Pasillas dropped Banos in round three with a right hook to the body, followed by a right hook to the head. The powerful combination spelled the end of Banos as he tried to continue but was unable to last much longer as the referee was forced to stop the bout after Pasillas was landing a barrage of punches. The bout ended in round three by TKO.

“Victor can compete with anyone in the super bantamweight division,” said Greg Hannley. “With a couple of more fights, he’ll be ready to fight anyone. He just needs to shake off the rust and that’s what he’s are doing right now. I’m happy with his performance and he’ll be back in the ring soon.”