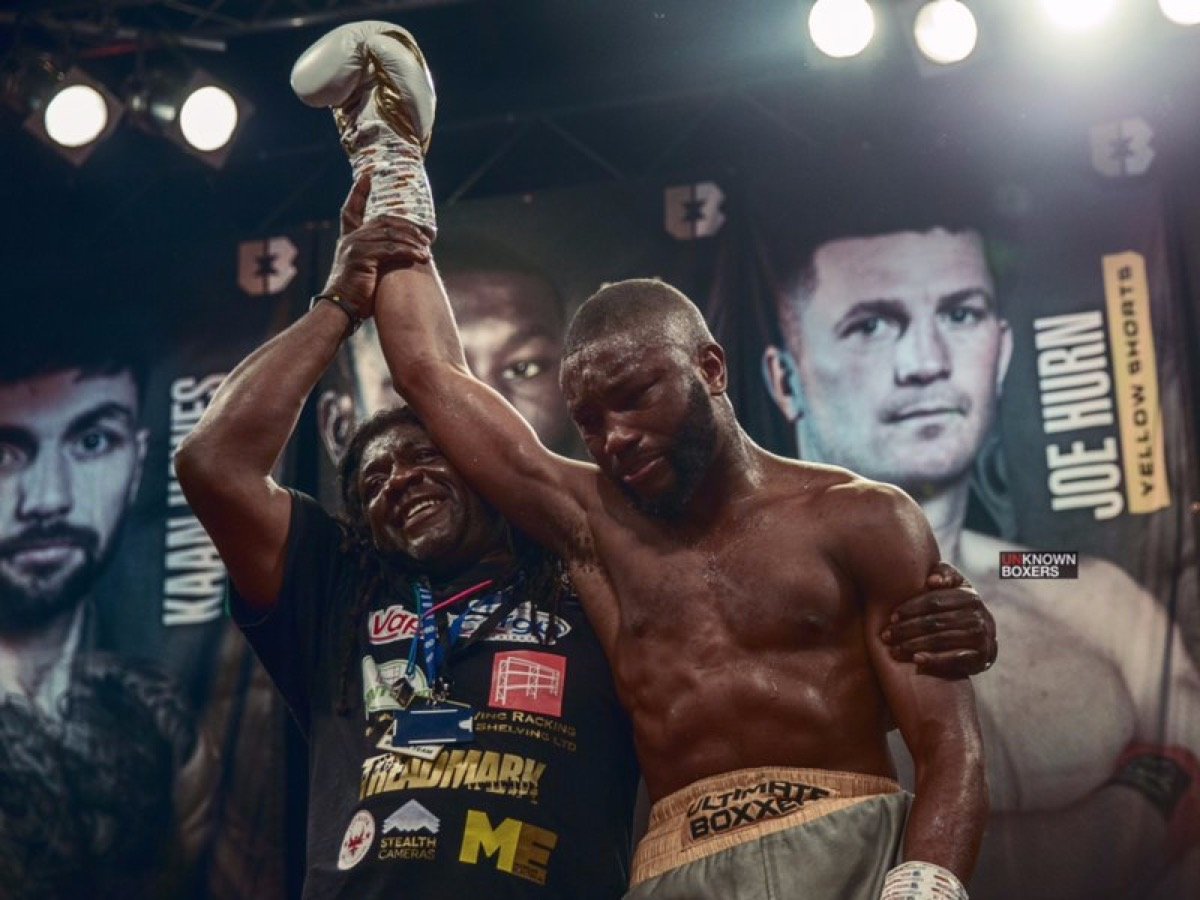 Derrick Osaze was crowned winner of Ultimate Boxxer III: The Middleweights in a thrilling night of action at The Indigo at The O2 in London last night, exclusively live on BT Sport.

In the Final, the Punching Preacher, who was MansionBet 10/1, defeated the resilient Grant Dennis to win the Gold Robe and a large share of the £50,000 prize money.

The 25-year-old from Peckham, now based in Nottingham, who is a Minister at his local church, said before the tournament that he had the most powerful support from God to take him to victory and he proved it by defeating his UB III rivals.

In the Quarter Final, Osaze was drawn against Grays’ Tey Lynn Jones and produced a dramatic knockdown in the second round before going on to win on points.

He then caused the biggest shock of the tournament in the Semi-Final by defeating the MansionBet favourite Northampton’s Kieron Conway in a very close fight by split decision.

On the opposite side of the draw, Dennis had a great run to the Final with a third round TKO of Joe Hurn in the Quarters and then in the Semis he floored Sean Philips twice in the opening round and had to get up from a knockdown in the third to win by one point.

The final was a very close and intense with so much on the line for both men but Osaze dropping Dennis in the third round clinched it for him with judges’ scores of 29-27, 29-27, with one judge scoring 28-28. Osaze was presented with the Golden Robe by former World Heavyweight Champion Shannon Briggs.

An emotional Osaze said afterwards, “It’s unbelievable to win Ultimate Boxxer, but I always believed that I would win. There was never any doubt in mind that I wouldn’t come out the winner. It’s my self belief and pure hard work. All the other boxers wanted to win but I wanted it more. I know how hard I trained for this and how much I believed in myself so there was never any doubt in my mind. I was never coming here for one or two fights, it was always for the three fight and I was going to leave the Ultimate Boxxer. I said it and I achieved it. Now I want to push for an English title and then the British title. Ultimate Boxxer has given me a fantastic opportunity and I grabbed it and I hope that this will be an inspiration for other boxers.”