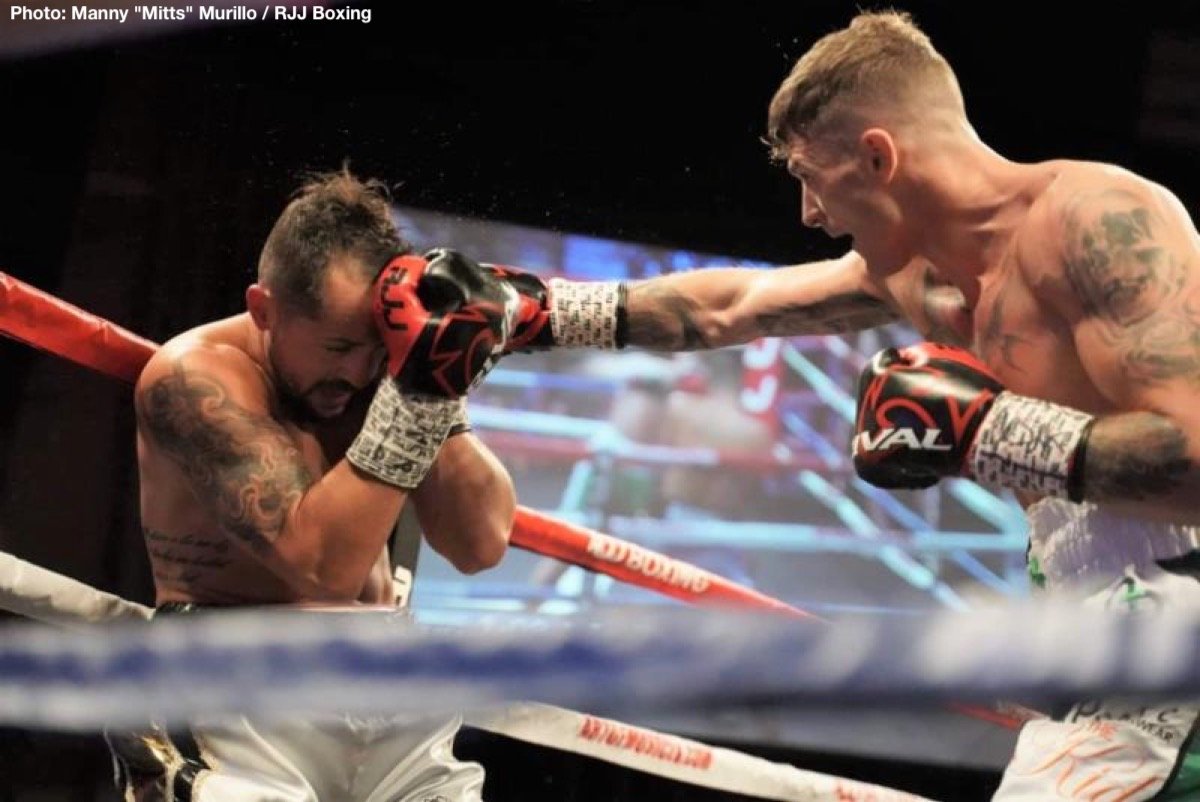 The fifth installment of RJJ Boxing on UFC FIGHT PASS Coyle vs. Burwell, was streamed live under an agreement between the event and Coyle’s, RJJ Boxing, and FIGHT PASS, to live-stream up to 72 professional boxing events over the next three years.

The 28-year-old Coyle, fighting out of Derry, Northern Ireland, dropped Burwell (8-3, 3 KOs), of Orlando, Florida, in the opening round with a straight right, won the first three rounds on all three judges’ scorecard, and fought his way to a unanimous decision win.

Coyle displayed his vast boxing skills, mixing in some pop, en route to arguably the most impressive victory of his young career.

A legacy prizefighter, Coyle’s great grand-father and great-uncle, both named Spider Kelly and out of Derry, were both British Empire and Commonwealth featherweight champions, 16 years apart. They had 256 combined bouts between 1928 and 1962.

“It was an amazing experience to represent RJJ Boxing Promotions for the first time under UFC Fight Pass,” a happy Coyle said after the fight. “Fighting in Las Vegas has always been a dream, of mine and fir it to come true was overwhelming. I’d like to thank everyone involved with RJJ Boxing for these opportunities.”

The opening FIGHT PASS bout was a shutout as world-rated Rosalinda Rodriguez (10-0, 2 KOs), of Miami, out-classed Hungarian bantamweight Martina Morgasz (6-41, 4 KOs) won all six rounds on each of the three judges’ scores cards for a one-sided decision.