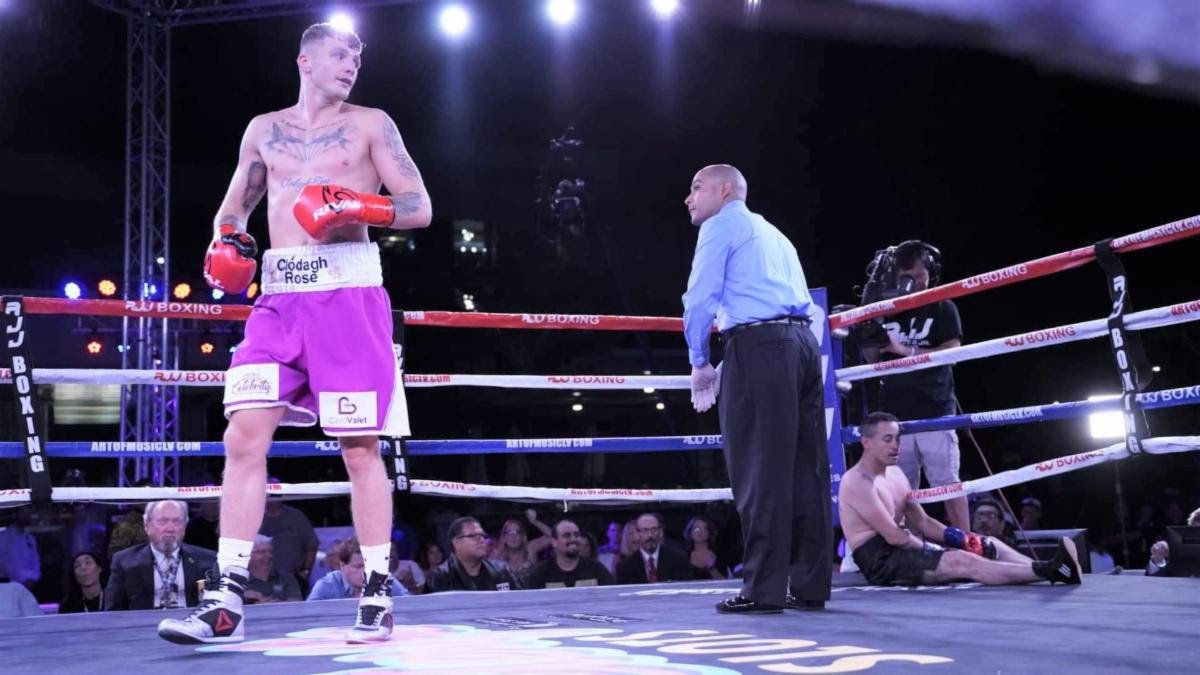 The 29-year-old Coyle (11-0, 4 KOs) dropped Ramirez (21-5-2, 4 KOs) in the opening round, but the Irishman was penalized a point for pushing his opponent to the canvas. Coyle overwhelmed Ramirez when he came out of his corner for the second round forcing the pressure and he never let up. The relentless Coyle unleashed a barrage of unanswered punches, dropping Ramirez once again, when suddenly a white towel came flying out of Ramirez’ corner, signifying his cornermen had seen enough.

Coyle, fighting out of Derry, Northern Ireland, improved to 11-0 overall as a pro, winning all nine of his fights in the United States, and 2-0 fighting under of the RJJ Boxing banner.

Ramirez, who was a longtime sparring partner for Floyd Mayweather, Jr., fought for the first time since last November. He entered the ring riding a six-fight win streak, coming out on top in 10 of his last 11 fights.

Using her excellent boxing skills, Yuh fended off the challenge of game challenger Loetizia Campana, from France but fighting out of Thailand, scoring a clear unanimous decision after ten fast-paced and entertaining rounds.

Campana, who had won three straight in Bangkok coming into this bout, tried to unsettle the more experienced champion, but Yuh had an answer for everything and appeared to be in control of the fight from start to finish.

39-year-old Hee-Jung Yuh, who held IFBA and WIBF world titles at Super Flyweight and Bantamweight between 2012 and 2014, takes her impressive professional record to 22-3 (11). Loetizia Campana drops to 8-6 (3).