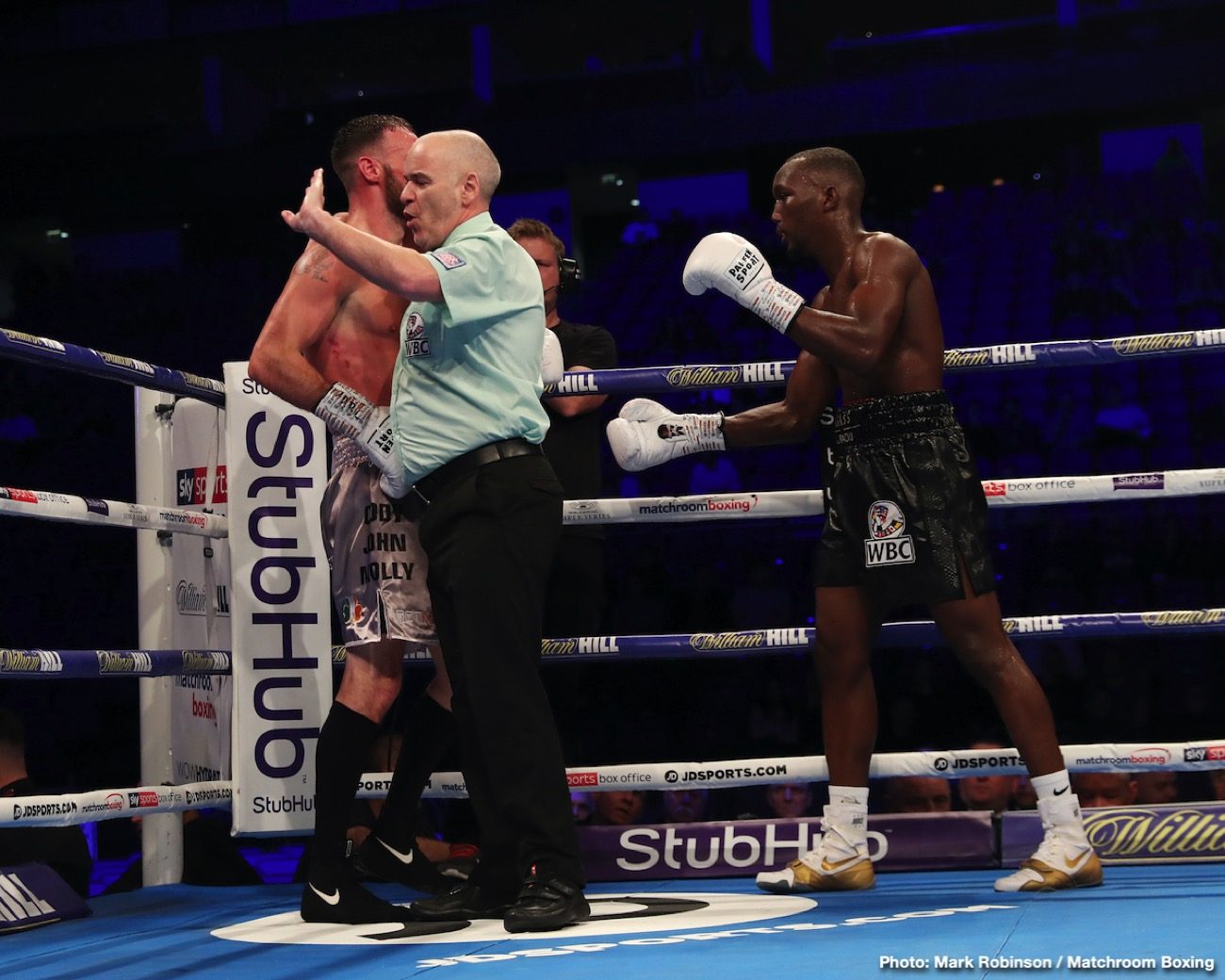 Baraou, fighting in the UK for the first time in his professional career, took just six rounds to dismantle former Commonwealth and British Champion O’Donnell. O’Donnell touched the canvas in the sixth following a barrage of punches, and shortly after beating the count the referee waved off the bout after another sustained attack from Baraou.

“I’m so happy to have defended my title in my first fight in England,” said Baraou. “I had a lot of fun in the ring and it was fantastic to fight in a venue with such a great atmosphere.

“I was a little nervous before my fight, but during the fight I listened to my trainer. I was very strict and implemented everything he told me so I am very happy! I had lots of fun tonight”.

Denis Radovan, fighting outside of Germany for the first time in his professional career, started quickly and demonstrated his power when he dropped Blackledge with a thudding right hand in the third round.

Following another dominant round from Radovan in the fourth, Blackledge’s team had seen enough and retired him on his stool.

“My team and I are delighted, especially as I have only been with my new coach Grant Smith for five weeks!” said Radovan. “At the beginning I was a bit tense, but I quickly found my way in.

“Once I got to where I wanted to be, I knew I could determine the outcome of the fight and I wanted to give the fans some excitement. Boxing in England is just another world, it was terrific!”

Baraou and Radovan’s promoter Nisse Sauerland was effusive in his praise for the pair following their victories.

“Both guys fought sensational fights and deservedly won,” said Sauerland. “For their development, it’s very good that they produced two great performances at this big event and they attracted plenty of attention tonight.” 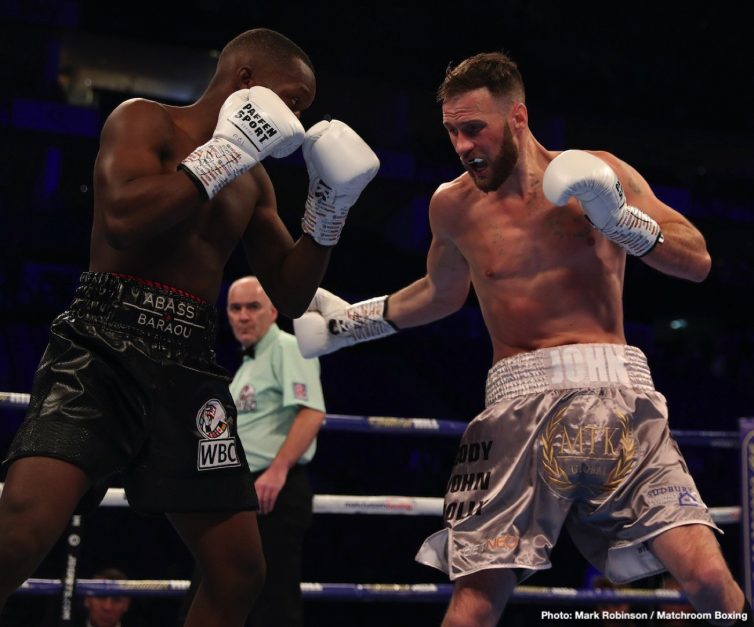 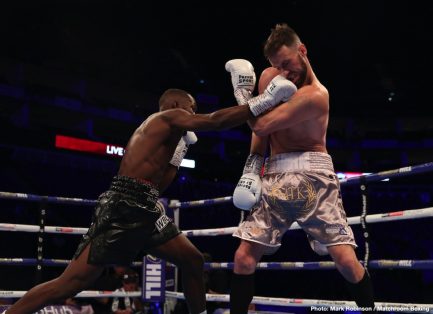 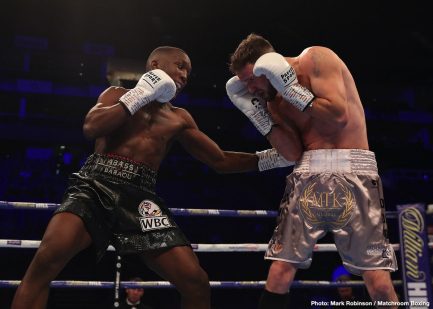 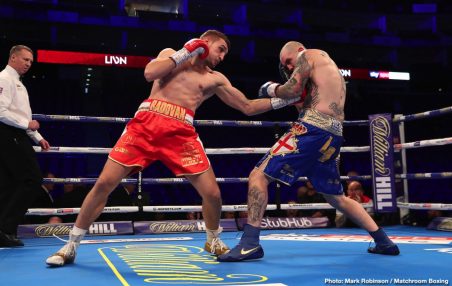 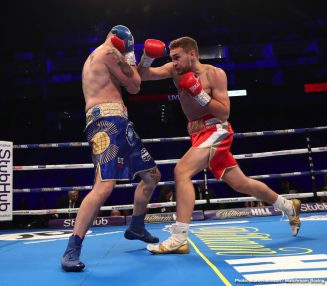 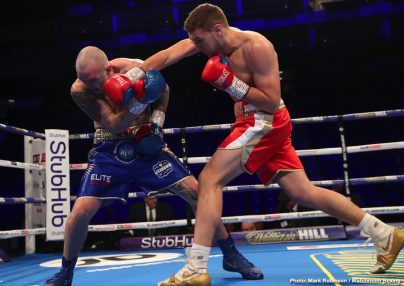 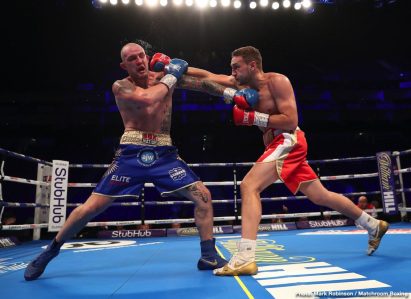 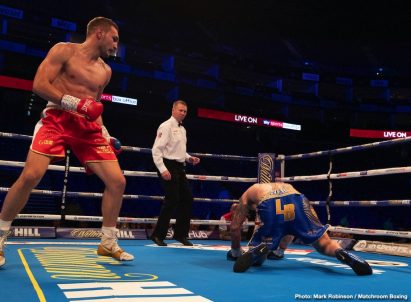 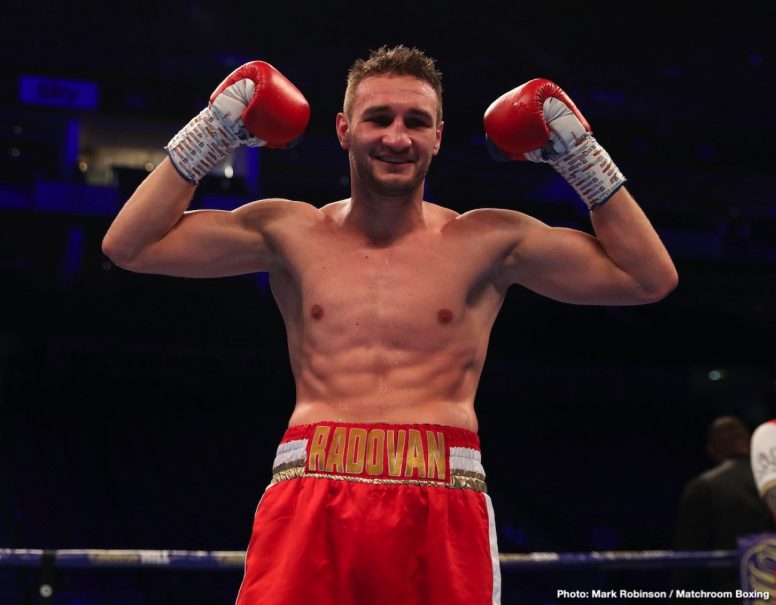 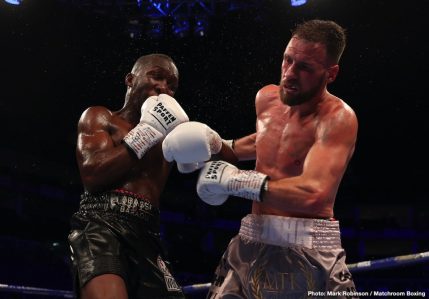 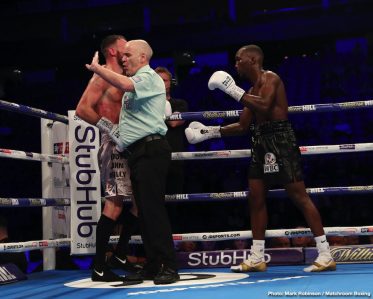 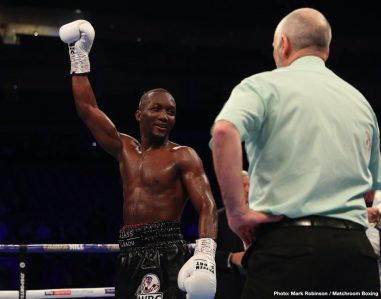