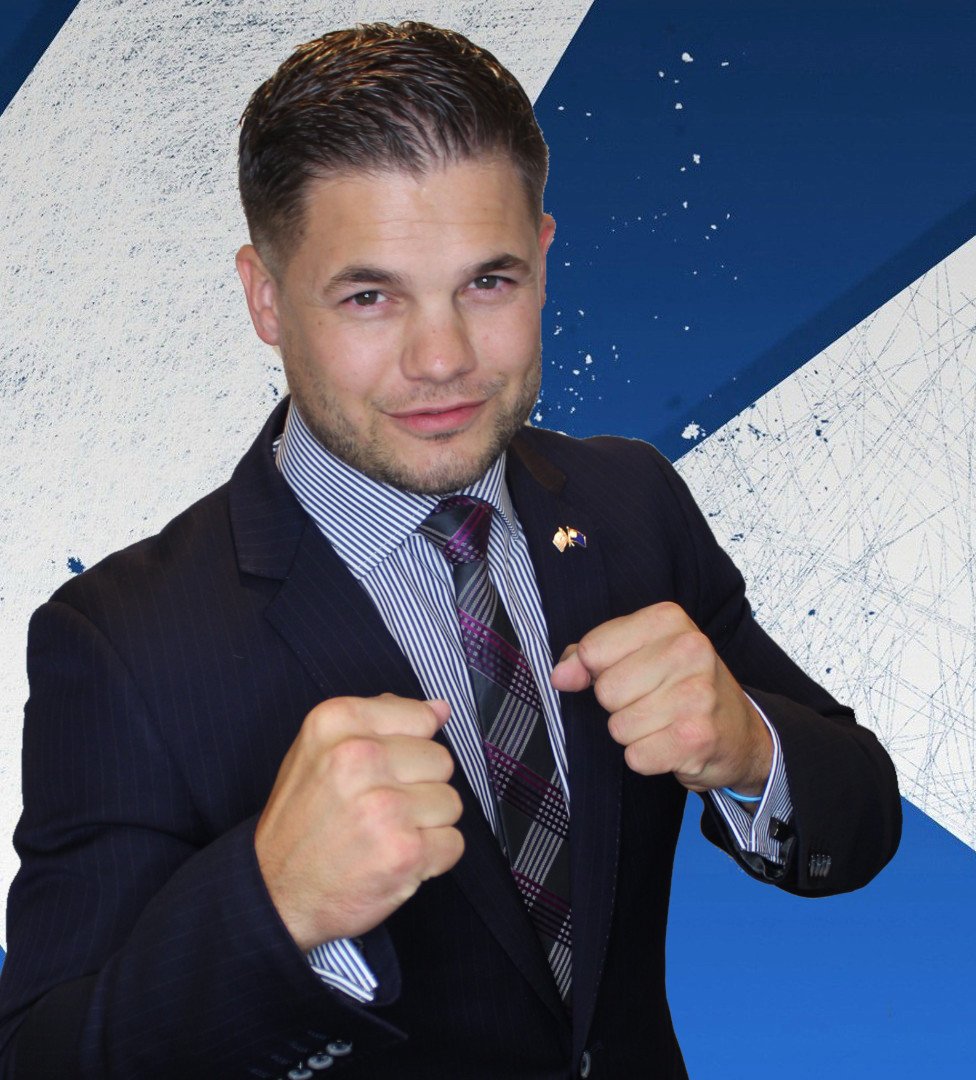 Nine years ago Stephen Reid moved to Las Vegas and he thought his dream had come true.

In 2007 Reid came to Las Vegas from his native England for the Ricky Hatton-Floyd Mayweather fight and, as he puts it, “I fell in love with Las Vegas. It was my dream to live here.”

He finally moved here in 2011 and is a practicing attorney, one of the few if not only in Southern Nevada with a law degree from the prestigious University of Oxford.

But before he practiced law, he practiced right jabs and left hooks. As a youth he was an amateur boxer, starting at 140 pounds before moving up to 147 and 154 pounds. It was at welterweight that he sparred with a fellow Brit, a young Billy Joe Saunders, the current World Boxing Organization super middleweight champion.

“I loved boxing, but I was realistic enough to know knew my future was not in the ring,” says Reid.

That doesn’t keep him from manifesting that love of boxing in another manner, that of promoter.

The card starts at 7 p.m. (Pacific) in the Paradise Event Center North. Doors open at 6:30.

The card is scheduled for seven bouts which include multiple Southern Nevada boxers.

“The longer I was out of boxing directly, the more I wanted to promote and here in Las Vegas,” says Reid.

“I don’t want to call this card at the Westgate February 13th small, but it certainly isn’t a world championship event on pay-per-view,” says Reid. “After all, you have to walk before you run.

“But I expect to pick up that pace in future cards,” says Reid. “There are two reasons for that.

“One, there are plenty of boxer in Southern Nevada who are talented,” says Reid. “They’re more than opponents for other promoter’s fighters when big cards come to town, and they’re more than just sparring partners for world-ranked fighters.

“They just have to have the chance to sink or swim against comparable opponents,” says Reid. “That’s what I and my team will do: make evenly matched bouts, no mismatches. In doing so, the cream will rise to the top and become popular and marketable.

“Two, it’s my fervent believe that Southern Nevada, with its 2.2 million population, can support a local card,” says Reid. “There’s, primarily, only premium cable and pay-per-view cards going into 16,000- and 20,000-seat arenas now. There’s a need for exciting, action-packed cards featuring local boxers at venues that are easy to access and with ticket prices that start as low as $25.”

Reid says that if his first few cards realize even a modicum of success, then he envisions promoting monthly cards starting next year.

“I have no illusions of being one of the top promoters in the world in a year or two,” says Reid. “I do have a law practice to which to attend. But, I believe it’s realistic to believe that we can present entertaining and affordable cards on a regular basis.”

Maybe that’s not dreaming so big, after all.