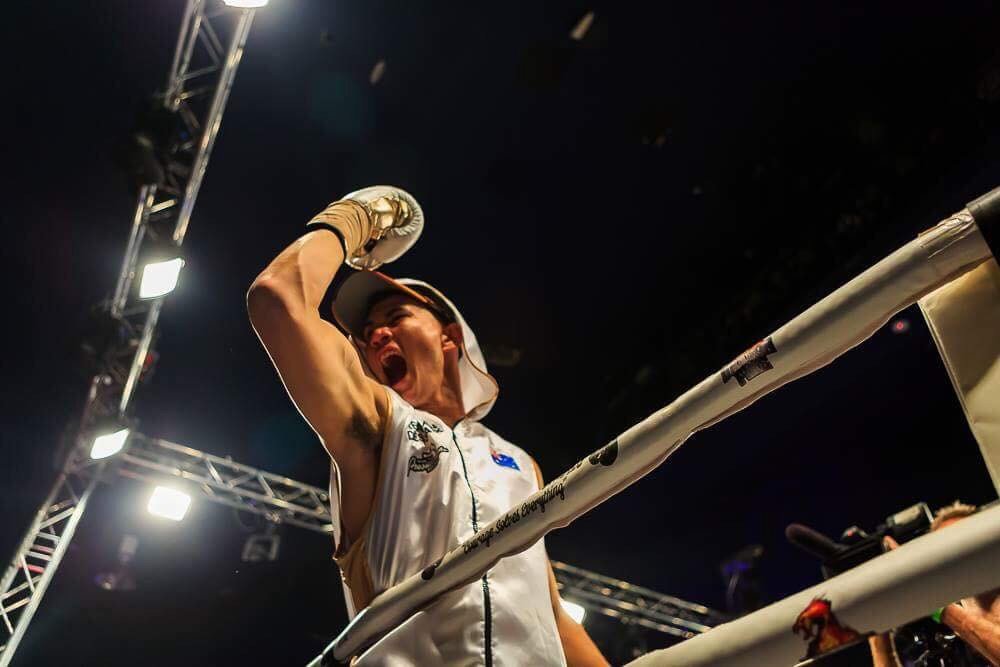 Western Australia’s Michael Kaplan will contest the Australian light flyweight title for the first time in 23 on October 4 in Metro City as he looks to continue to progress up the world ratings.

Kaplan recently broke into the WBA top 15 and now looks to add his first professional title to what has been a break out year in the professional ranks for the Tony Tolj guided fighter. Kaplan discussed how his 2019 has played out.

He said, “2019 has been fantastic and I have to thank my manager Tony Tolj and my training team for helping me reach some of my goals in the professional ranks. I am really grateful for all of their help and their guidance which has taken me into the world ratings.

“Breaking into the world ratings was a dream come true in itself. I want to continue to learn my craft and work my way up the world rankings and see how far I can go in the professional ranks.”

Kaplan returns on October 10 on Dragon Fire’s Thunderdome promotion which has been a mainstay of Australian boxing for over two decades led by Australian boxing tycoon Tony Tolj. ‘Bullet’ Kaplan weighed in on his upcoming contest for the Australian light flyweight title in a contest that will be the first for that title in 23 years.

Bullet said, “To contest the light flyweight title of Australia, a title that hasn’t been contested in 23 years is a really special moment for me and I am very grateful for this opportunity.

“I have trained really hard for this fight and I know it isn’t going to be easy, but I am fully confident that I will emerge victoriously and then continue to work my way up the world ratings and to my eventual goal of fighting for the world title.”

Reagan Dessaix is looking to continue to work his way up the world rankings, as he contests the OBPF light heavyweight title on September 20 against big punching Aaron Lai.

Dessaix has operated on a world level already despite only being 23, and he looks to add the OBPF title to his war chest which has included IBF, WBA and Australian titles that the Queensland native has won in his first 19 contests as a professional.

Standing in his way on September 20 in Paddington is big punching Aaron Lai who has 11 stoppages in his 12 victories, and Dessaix opened up on his opponent on the night and discussed fighting for the OBPF title.

He said, “Firstly thank you for Tony Tolj for getting me this opportunity to fight for a title which really helps a fighter rise up the world ratings. I want to fight the best in the world and travel all over the world to do that and winning an OBPF title is one of the steps an Australiasian fighter has to do in order to achieve that goal.

“Aaron Lai is a strong fighter and one that I have to be careful about. He has a ranking in the WBC and is a big puncher but I believe I am levels above him and I am planning on winning this fight and winning in style on September 20.”

Dessaix has already faced world level competition in Blake Caparello in a fight that many saw the Gold Coast native winning on away turf in Sydney. The 175-pound upstart weighed in on what he wants going forward in the professional ranks.

Dessaix said, “I want to keep progressing in the pros and I have a great team that can make that happen the right way. I believe I am going all the way to world titles but I have to keep working hard and keep improving and I believe that this will take me all the way to the top in the game.

“I want to see the world and I don’t care if I have to go to opponents backyards to fight them, that’s what being a real champion is about and that is what I am willing to do to prove I am the best.”

Read: Joshua: I’ll get the titles back from Ruiz and be viewed #1 heavyweight
Read: Michael McKinson vs Luis Alberto Veron on Nov 9 – #MTKFightNight at York Hall
Follow @boxingnews24