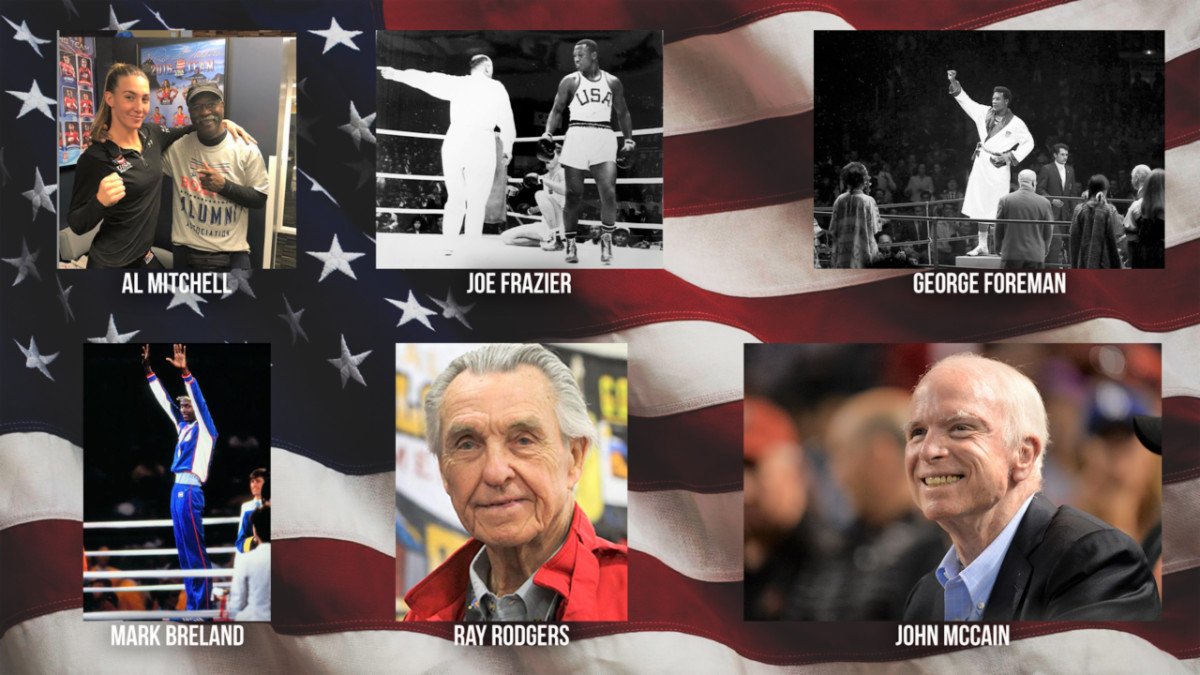 Arkansas boxing icon Ray Rodgers has successfully dealt with more cuts than most surgeons, all the way into the USA Boxing Alumni Association Hall of Fame, in which he’ll be inducted on Friday night, December 13, during a special Class of 2019 ceremony, at the Golden Nugget Hotel & Casino in Lake Charles, Louisiana.

The HOF reception is being held in conjunction with the 2020 U.S. Olympic Team Trials for Boxing and 2019 National Championships, Dec. 7-15, at the Lake Charles Civic Center. The finals of the Olympic Trials will be held Sunday, Dec. 15, at the Golden Nugget Hotel & Casino. Hall of Fame broadcaster Al Bernstein from Showtime Sports will serve as the event’s emcee for the third year in a row.

Sen. John McCainwill be posthumously presented a special Lifetime Achievement Award for his tireless work to protect boxers and elevate the sport.

There isn’t much in boxing, if anything, that Rodgers hasn’t done: boxer, official, trainer, administrator and, of course, cut man. “I’m a boxing guy,” Rodgers said in his Southern twang. “I’ve been around the block, several times. But I don’t say I’m a cut man, I’m a laceration management specialist.”

Rodgers first got into boxing when he was in the fifth grade, back in Oklahoma, where he was born. A memo was sent around that there would be a tryout for boxing held the next day at the local high school gym. His parents gave their permission to let him tryout, the first chapter of his incredible boxing career.

“From the first moment,” the charming boxing character remembered, “I was hooked. I still have the letter I received in boxing. That was in 1947 and I’m still in boxing. I’m very proud of that.”

Rodgers has worked 39 world championship fights in professional boxing, as a cut man (he only trains amateur boxers) for the likes of world champions Jermaine Taylor, Wayne McCollough and Tommy Morrison.

“It’s been beyond belief for a regular old boxing guy like me,” Rodgers said about his life in boxing. “I’ve traveled all over the world, many times, as a cut man.”

“Ray’s sacrifice to countless youth as a coach, mentor, cut man, and leader throughout the amateur boxing community is inspirational,” commented Chris Cugliari, USA Boxing Alumni Association Executive Director. “His years of service and the knowledge he has passed on to other generations is what makes him a Hall of Famer, and we look forward to honoring him in December.”

Rodgers hasn’t slowed down, despite recently celebrating his 83rd birthday. He still owns and operates Ray Rodgers Boxing Club in West Little Rock, Arkansas, in addition to serving as director of the Arkansas Golden Gloves and Mid-South Tournament, which includes Louisiana, Mississippi, Western Tennessee and Arkansas. And he’s also the vice-president of the National Golden Gloves and chairman of the National Silver Gloves.

“At my age, I’m happy to have any birthday,” Rodgers joked. “I’m hoping to live another 10-12 years, Lord willing. It’s all in the Lord’s hands; controlling the flow of blood, though, is in my hands.”