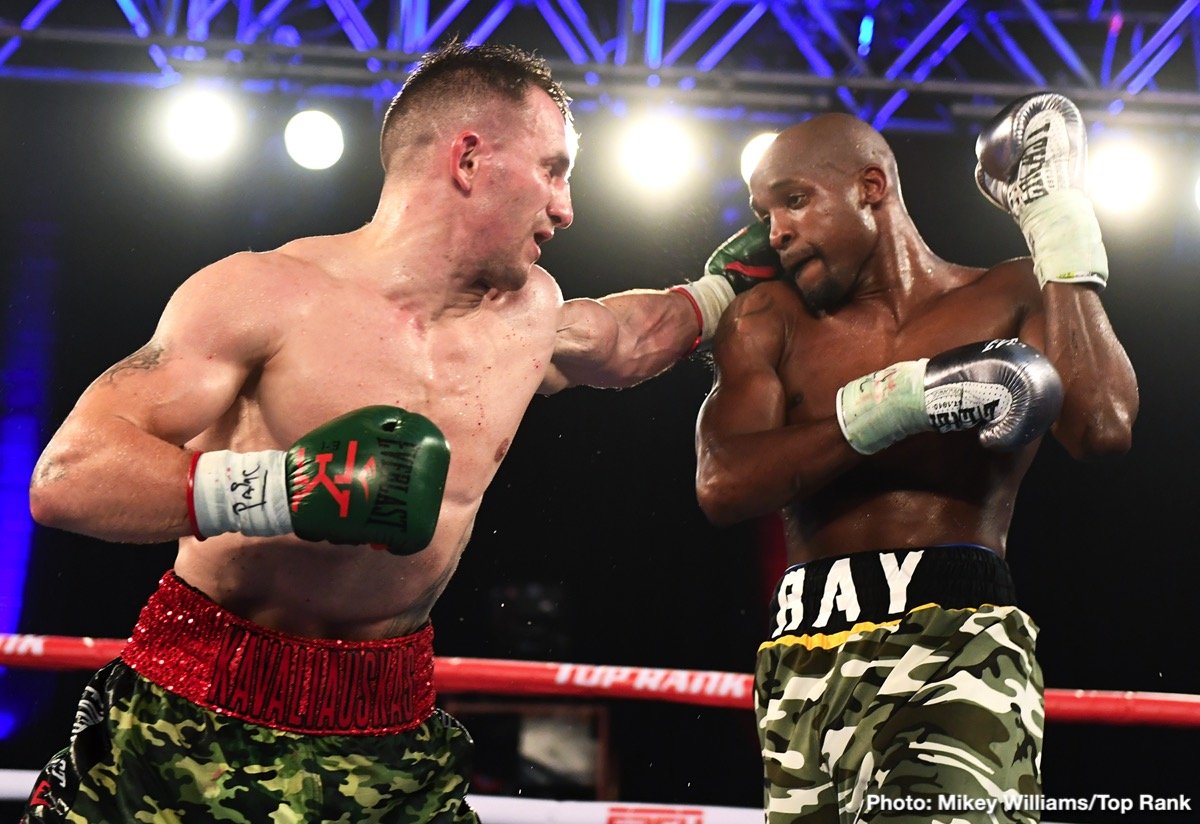 Welterweight contender, Ray Robinson believes that he should have deserved the decision in his bout with WBO number-one ranked Egidijus Kavaliauskas in a bout that was seen live on ESPN this past Saturday at 2300 Arena in Philadelphia.

Robinson of Philadelphia and Kavaliauskas battled to a majority draw in a bout where Robinson demonstrated great ring generalship and dictated the pace of the bout.

“This is why I fell in love with boxing. To hit and not get hit, i put on a boxing lesson,” said Robinson.

“I feel like I offset him. I was faster and the lateral movement confused him. I frustrated him. I just listened to my coaches and threw him off. I had a full camp, and it showed in my performance as I feel that I dominated,” continued Robinson, who won one scorecard by a 97-93 tally, while two others were even at 95-95.

Kavaliauskas has been mentioned for a chance to fight undefeated WBO champion Terence Crawford, but with his performance, Robinson would happily step in the ring with the Nebraska native, as he showed not only he is a worthy fighter, but he also, Robinson owns a win over the consensus pound-for-pound fighter in the amateur ranks. Robinson feels he would repeat that result in the pro ranks, with an opportunity at Crawford.

“I think now I deserve that shot. I am the last person to defeat Terence Crawford in the amateurs. The fans would want to see it, and I am sure he would want it. If it was me, I would want to fight the last person who beat me. If not Crawford, I feel that I deserve to compete with the top welterweights out there. Guys like Thurman, Porter, Spence, Sadam Ali, Kell Brook, Adrien Broner. Any of them. I am a promotional free agent, so it won’t be difficult to make a deal with any of them.”