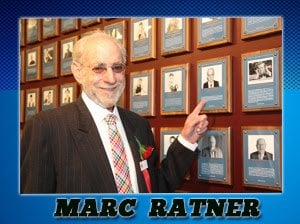 The International Boxing Hall of Fame announced today Hall of Fame commissioner Marc Ratner will be in Canastota for the Hall of Fame’s 30th Anniversary celebration during the 2019 Hall of Fame Weekend, June 6-9th.

Ratner began working in boxing as an inspector for the Nevada State Athletic Commission in 1985. In 1987, he was named chief inspector and following the death of Executive Director Chuck Minker, Ratner was named his successor in 1992. He served as director until 2006 when he resigned his post with the commission. During his notable tenure he earned a reputation for his integrity, knowledge, competence and accessibility. Under Ratner’s leadership the NSAC was held in the highest regard by the boxing community. Since leaving the commission Ratner has worked as Vice President of Regulatory Affairs for the Ultimate Fighting Championship (UFC). In 2016, Ratner was elected into the Hall of Fame.

“During his time at the Nevada State Athletic Commission, Marc Ratner was one of the most qualified and respected commissioners in the sport,” said Hall of Fame director Edward Brophy. “The Hall is looking forward to welcoming him back to Canastota to help us celebrate the 30th Anniversary.”

OFFICIAL RESORT CASINO OF THE

In 2017, Turning Stone Resort Casino and the International Boxing Hall of Fame announced a five-year multifaceted partnership to spotlight the entire region, garnering national attention and boosting tourism in Central New York. The program includes a series of nationally-televised boxing events at Turning Stone, culminating every year in June with an elaborate and bigger-than-ever International Boxing Hall of Fame Weekend with several exciting events in Madison County and Oneida County throughout the four-day celebration.