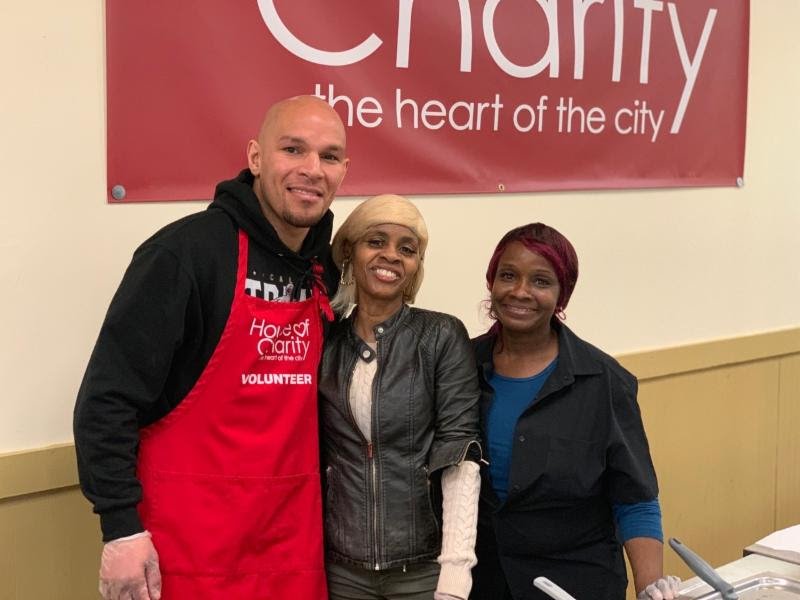 Minnesota-native and former world champion Caleb “Golden” Truax gave back to his community Tuesday as he teamed up with The Armory to serve meals at House of Charity, a cafeteria and shelter just blocks from The Armory, where he will face Peter “Kid Chocolate” Quillin on Saturday, April 13 in the main event of Premier Boxing Champions on FS1 and FOX Deportes.

Truax was moved by the experience and related the struggles of the people he was helping to his own experience growing up and trying to make a career in boxing.

“It’s humbling to hear other people’s stories because I didn’t have the easiest childhood and my career has often been a struggle,” said Truax. “Nothing has been handed to me, but compared to some of these people, I’ve faced nothing.”

The Food Centre, where Truax served meals Tuesday, feeds more than 350 people each day. House of Charity has served the community in Minneapolis for over 60 years.

“It’s our responsibility as a community to feed these people and to have Caleb and The Armory come out here shows that this whole community has a commitment to making sure people are fed,” said Deb Moses, Executive Director for House of Charity. “It was great having the champ here lending a hand.”

As part of this event and Truax’s “Cut No Corners” campaign, The Armory Foundation will be donating $100 to House of Charity for each of the 19 knockouts that Truax has racked up throughout his career.

“This is really big for me to show that we are all together and we are all people,” said Truax. “We have to serve and care for each other. This shows that people out here in Minneapolis are working hard to solve the problems that we have.”

Tickets for the April 13 event, which is promoted by Warriors Boxing and TGB Promotions, are on sale now, and can be purchased at the Armory at http://ArmoryMN.com/ and through Ticketmaster.

Conor McGregor: I Won Rounds And Hit Mayweather More Times Than Pacquiao Did When They Fought764 Total Shares