“We’re at the top level here, and everyone at this stage is a top-level fighter. We’re all going to bring our very best Saturday night.

“At this level, everyone hits hard. We’re not fighting cupcakes. Every opponent you get in there with can hurt you. I’ve been in there with guys who hit extremely hard, and I beat them. It’s nothing new to me.

“We’re here in Las Vegas headlining on SHOWTIME, and it’s time for me to let people know that I’ve been at this top level. I want to get those opportunities against the top fighters. The welterweight division is stacked, and we have a bunch of great talent, and it’s time for some new guys to get their names up there.

“I’m not overlooking Butaev. I have to get past this fight first. But I want to run that back against Yordenis Ugas. He’s a great fighter, and I didn’t have a whole camp when I fought against him. I’m not particularly eager to make excuses – because he was the better man that night. But I think if we both have full camps, it could be a different story.

“I’m not ducking anybody. I want to win Ugas’ title and make there one WBA champion. I definitely would be ready to take on Ennis or whoever it is after that.

“Representing my city of Minneapolis gives me extreme motivation. When you look at the history of Boxing, it’s a sport that brings people together during hard times. It gives people the chance to take their minds off the serious trouble they’re dealing with. My city has shown me a lot of love, and that gives me extra motivation.”

“I’ve had a lot of experience in the amateurs and pros. I believe in myself, and I think in my experience. We had a great camp, and everything went as planned. On Saturday, I’m here to prove that I’m the next world champion in this division.

“I believe that everything I’ve been through will be the difference in this fight. Fighters have different advantages against different opponents, but the essential advantage is the will for victory. I believe that my choice is at the highest level.

“I had a long amateur career, but now that I’m working with Joel Diaz as my trainer, we’re working more on the professional style. I’m working on sitting down on my punches and loading up a little bit more.

“Dulorme said he has experienced, but I’ve been boxing all of my life since before I could walk. I’ve sparred pros since I was 12, and this is nothing new to me, and he’s going to see that on Saturday night.

“I’m going to continue to do what I’ve been doing, and that’s putting on dominating performances. Everyone knows I’m in and out like a robbery.

“On Saturday night, you can expect fireworks. I’m going to look good and come out victorious in knockout fashion. We’re not looking for the knockout, but we’re going to let it come naturally. And it’s going to come.

“I feel great at welterweight. I can make 147 as long as I want. I’m on weight right now, and I’ll be ready to rock and roll Saturday night. Once I get all these belts, then I’ll start thinking about 154 pounds.

“I feel like I’m the most talented welterweight in the division. I’m great at everything, and I can fight from either side, and I can box or fight on the inside. Many guys don’t want to prepare for someone who can do all that I can do. After I make this statement on Saturday night, I’m ready to keep moving up the ladder.

“I’m from Philly, so everyone knows I have that dog in me. It’s been in me, and I’m ready to go and move on to bigger and better things.

“I watched some of Dulorme’s fight against Eimantas Stanionis, but I’m not Stanionis. I’m a whole different fighter—talent-wise, skill-wise, power-wise. I’m on a whole other level. Watching me is one thing, but it’s a whole different thing when you’re in there with me.

“I’m not worried about what Dulorme did against other fighters. I’m going to do me and put on a beautiful performance for everyone watching. I’m coming home victorious with that knockout.”

“I’m very thankful for my team for getting me on this big card. I’m ready for this fight on Saturday night, and I’m going to put on an excellent performance and surprise everyone.

“You don’t always need strength in Boxing to overcome obstacles. It would be best if you had experience and technique. I believe I have those attributes and that it’s going to help me come out on top. I’ve sparred all the best, and I’m going to use it in my fight

“On Saturday, it’s going to be different because I’m putting in great work, day after day, to be ready. We’ve been training to climb back up to the elite. After Saturday, we’ll be back on top of the world again.

“Ennis is a good fighter. But his best win was against Sergey Lipinets, who was a 140-pounder. I don’t think he has the experience yet to overcome a fighter like myself.”

“I’ve been training hard for this moment. I know I have to stay in control during this fight, and I’m waiting focused. I’ve been working hard to show that I’m the future of Boxing.

“I know Romero has good experience, but he’s standing in my way. I want to win this fight and get too big fights. I’m going to be the king of 135 pounds, and none of the other contenders are going to want to fight me.

“This is a guy [Romero] with experience. I have heavy hands, everyone knows, but I have conditioning too. I’m ready for 15 rounds, and I’m just on another level than him. Everyone will know this on Saturday night.”

“I learned against Isaac Cruz how to fight here on this stage and what it’s like to fight here in the U.S. This time I’m way better prepared. I got the experience from 12 rounds, and I learned a lot, and I’m going to be even better in this fight.

“We know each other well, and I believe I have everything I need to walk out with the victory. I will listen to my coach and make sure I stay focused from the first round until the end.

“I had a very short camp for my last fight, and I prepared as well as I could. I had a much longer and better camp this time. It’s going to be a different performance, and everyone is going to see what I can do.” 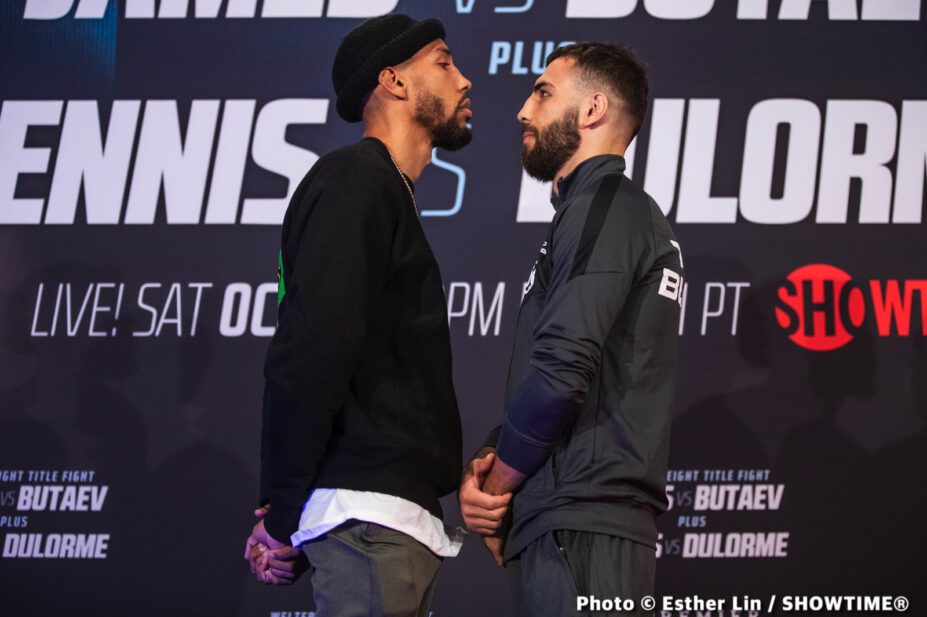 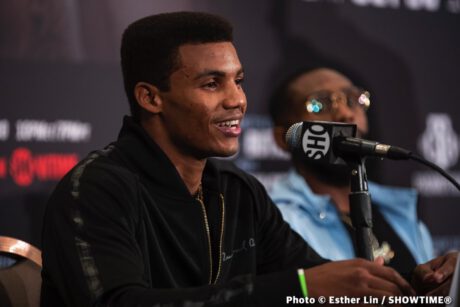 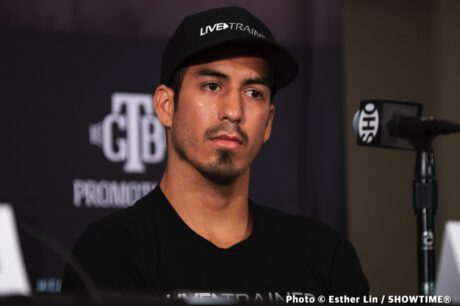 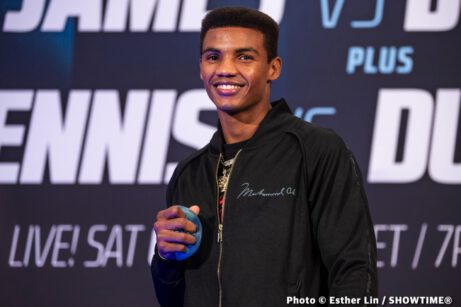 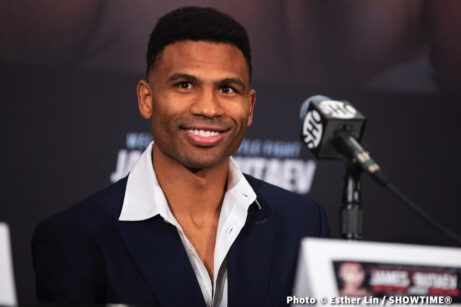 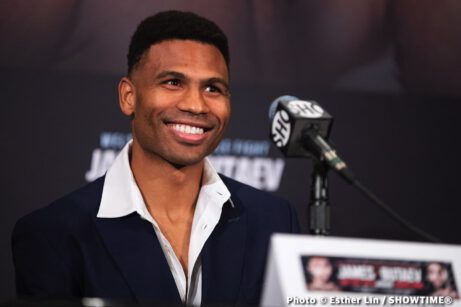 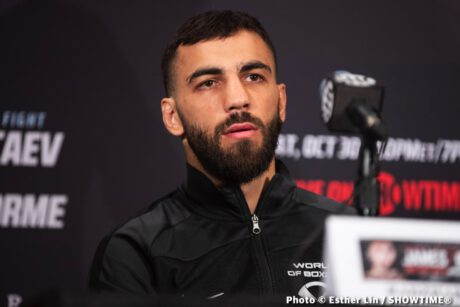 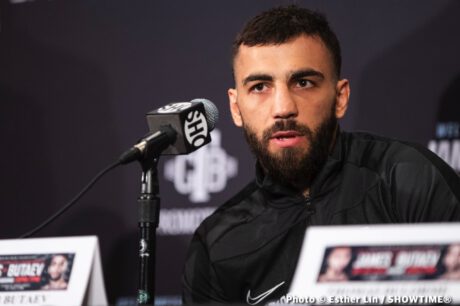 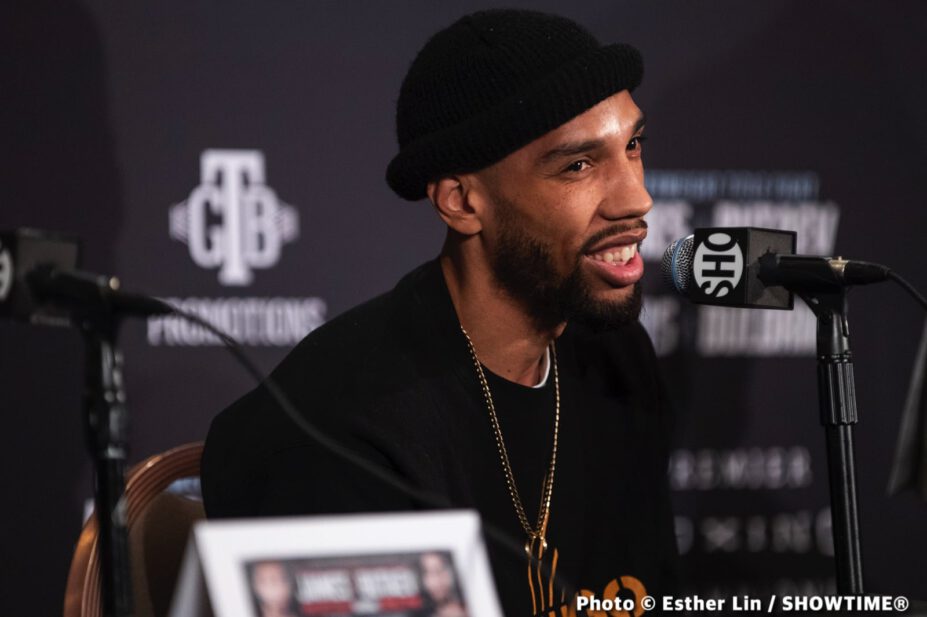 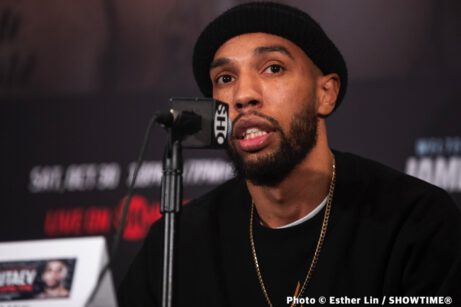 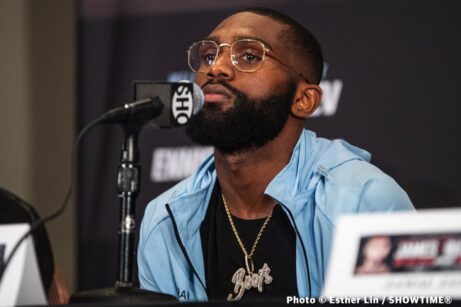 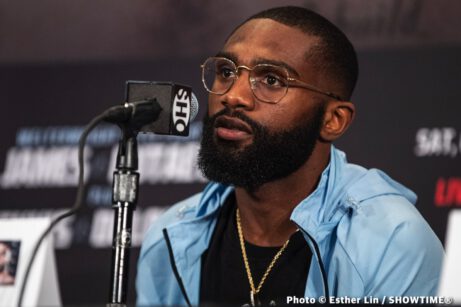 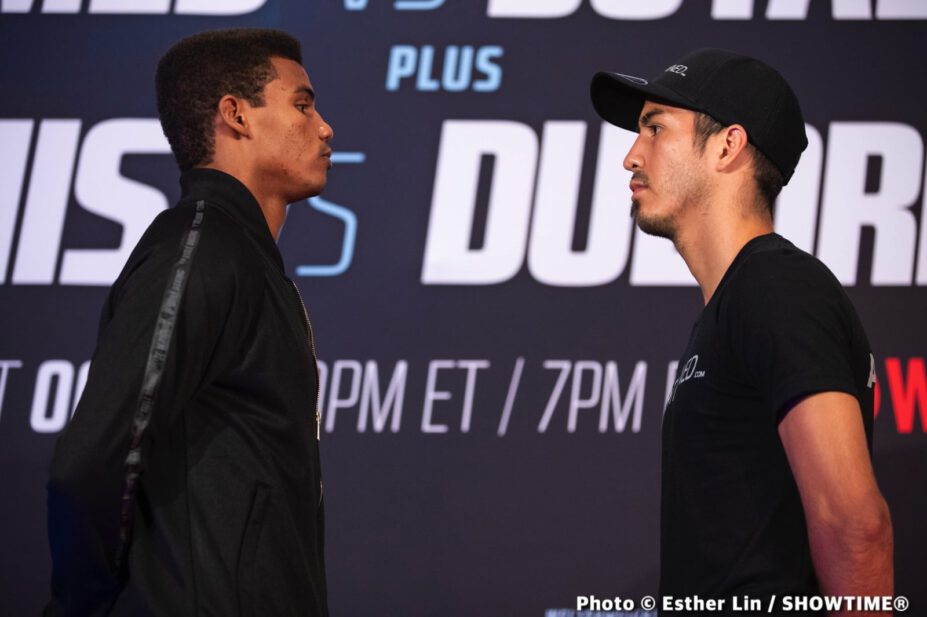 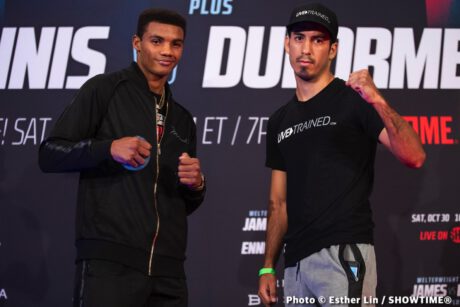 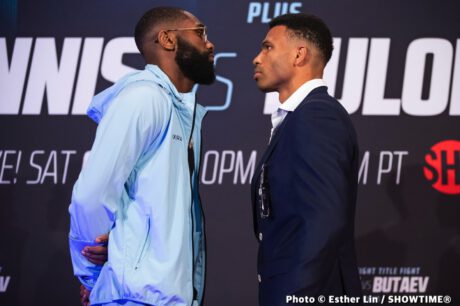 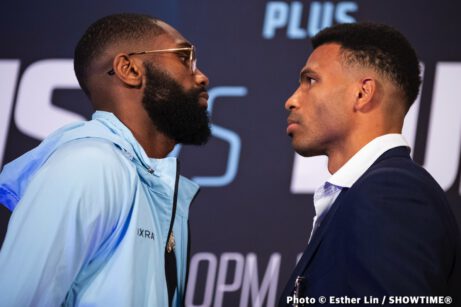 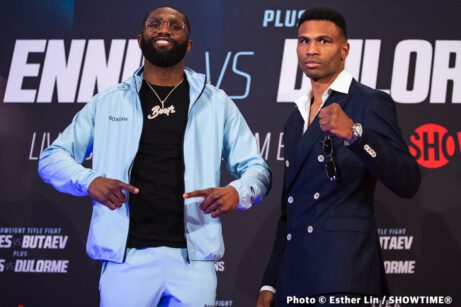 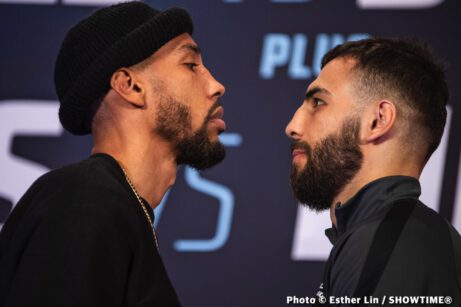 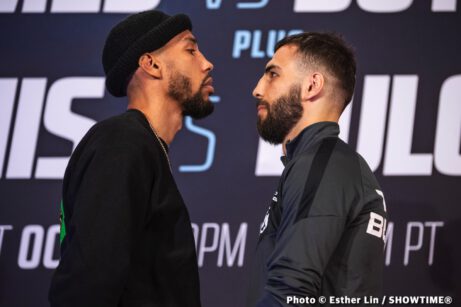 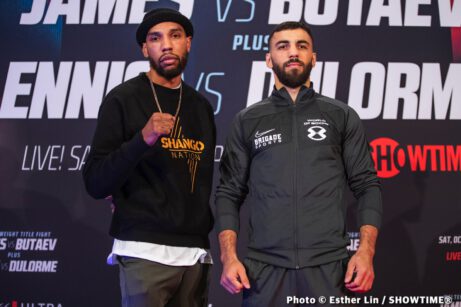 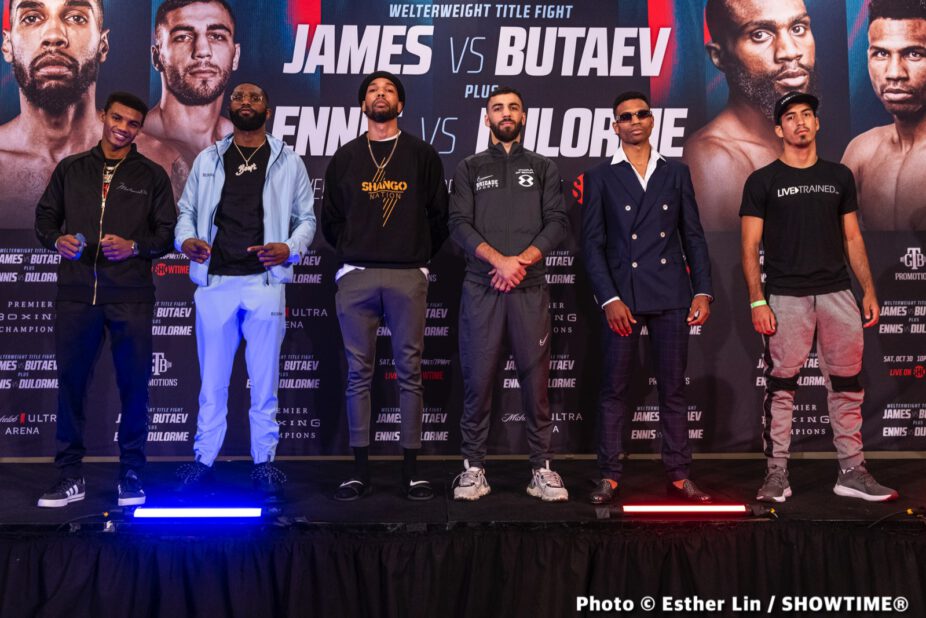