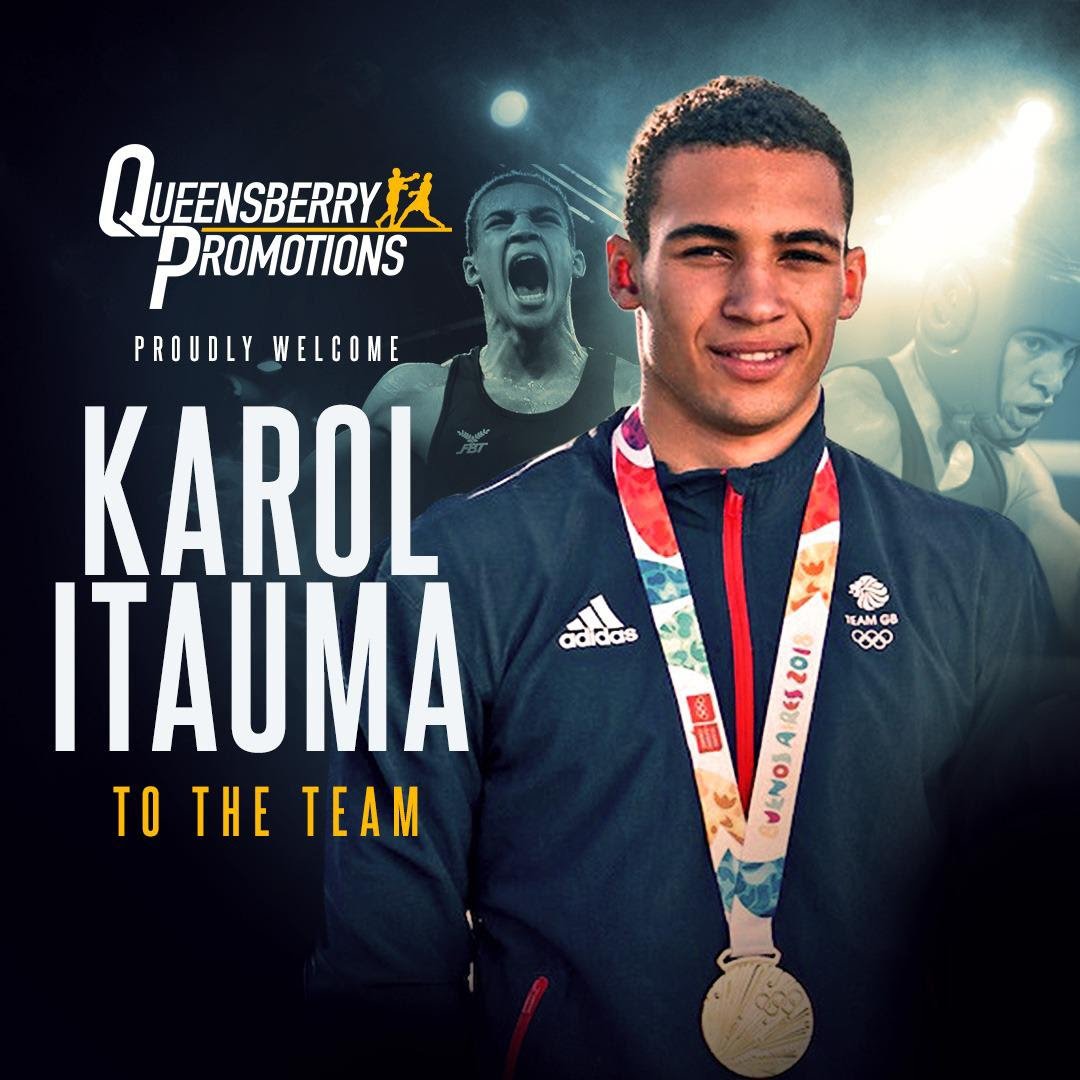 Based in Chatham, Kent, the 19-year-old has decided to abandon his pursuit of an Olympic position in favor of giving himself a headstart in the professional ranks.

The Slovakian-born light heavyweight beat world and European youth champion Ruslan Kolesnikov to claim the gold in Argentina in the 2018 Games, avenging a defeat in his first international tournament against the Russian.

Now Itauma will look to match and emulate the professional progress of fellow Kent fighters Dennis McCann and Sam Noakes.

“I am really excited and I feel like it is a new chapter in my life,” said Itauma on his career development. “Obviously I have experienced a lot in the amateurs and now I am at the stage where I am ready to launch my professional career. I am delighted that I will be working with Frank Warren and Queensberry.

“Because of my age, I would have come into my peak as an amateur between two Olympic Games. I am slightly too young to break through and make the squad for Tokyo and I have chosen not to commit to a further four-year cycle for the next one.

“We know all about Dennis McCann and Sam Noakes from them being local to us and I have been impressed with what Frank is doing for them. This is why Queensberry was always going to be my first choice.

“People have high expectations of me and I do myself, so Queensberry building a stable of exceptional younger fighters who will all primed towards winning titles at a similar time makes it the place for me.

“It is what I want to be a part of, “added Itauma, who was a regular sparring partner for Chris Eubank jr ahead of his fight against James DeGale and has recently enjoyed sparring with Lawrence Okolie.

Itauma, who will continue to fight out of the St Mary’s club in Chatham, receives competition on the home front from youngest brother Enrico, who is a two-time national and European champion at heavyweight, while his middle brother Savio is a promising footballer.

And it is not just the boxing world Itauma is looking to make a name for himself in. He also has his own line in fashion, having also stepped on the property development ladder, while for his exams in finance.

“I have always been into fashion – I like clothes and shoes – and I wanted to create something that represents the family name. In late 2017 I put that thought into practice and went out and did it.

“I released a few clothes and I’ve learned from it because, obviously, your first attempt isn’t going to be perfect. I have picked up on my errors and I will amend and hope it all comes out great.”