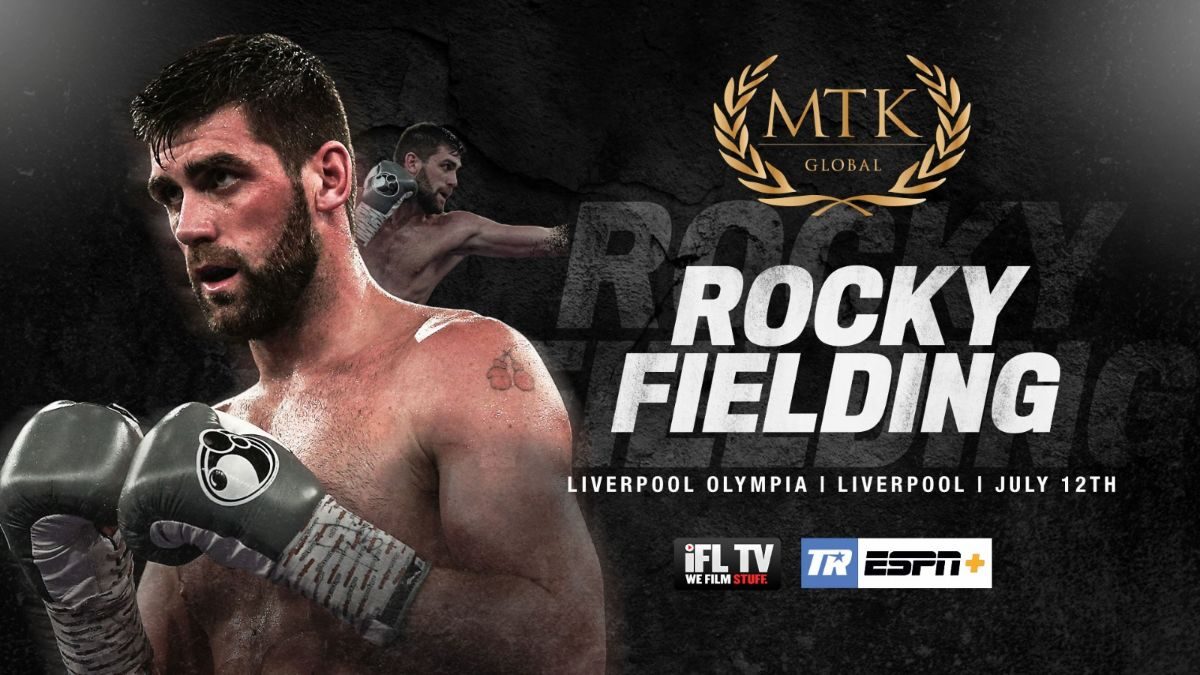 Former world champion Terry Flanagan will make his debut as an MTK Global fighter on the #MTKFightNight in Liverpool on July 12 – live on ESPN+ in association with Top Rank and on iFL TV.

‘Turbo’ (33-2, 13 KOs), who held the WBO world lightweight crown between 2015 and 2018, signed up with MTK Global last week and immediately has his first task on a starry card that already includes Rocky Fielding, Martin Murray and Jazza Dickens vs. Nathaniel May.

Manchester’s Flanagan said: “I’m happy to be fighting on a huge card so close to home. I’m buzzing to be out again and the plan is to stay busy to get myself back in contention at lightweight. MTK Global are giving me what I wanted by keeping me active.

“A lot of times in the past I would have a fight and then not know when I was fighting again for a while so by having a set out plan I know I’ll be keeping the ball rolling and it always feels more natural and normal when I fight. That’s when I’m at my best and that journey starts on July 12 in Liverpool.

“It’s a big show on ESPN+ with some great names on the bill but I’m sure my fans will be louder than anybody and make lots of noise. I’m looking forward to getting back out there and proving a bit of a point. This will probably be the final chapter of my career under MTK Global, but I feel the best is still yet to come.

“There’s a great atmosphere in the gym at the moment and everyone is pushing everyone on, and I’m excited to remind everyone what I’m capable of when I return on this big bill in Liverpool on July 12”

Jazza Dickens (26-3, 11 KOs) will enjoy home advantage against the world-ranked May (20-1, 11 KOs), who fights outside his native Australia for the second time having starred on the #MTKFightNight in Belfast back in October.

Dickens said: “I’m buzzing to have momentum and this activity will bring the best out of me when I step in there on the night.

“MTK Global has done a great job and have been an absolute pleasure to work with. They’re great for boxing because they’re honest, straight-forward and hard-working.

“I’ve had a short rest with my family & friends and now we are ready to go again.”

May added: “Boxing is massive in the UK so to be back there fighting in a title fight is a big deal for me and I’m really excited.

“I know Jazza is a crafty southpaw and he knows his way around the ring. I’ve got to respect him because if you don’t respect someone like him, you’re in for a shock.

“This is going to be a great fight for the fans. We can go to war but whatever happens, I’ll be up for the challenge.”

Rocky Fielding will make his return to action on the #MTKFightNight

Fielding, who is back for the first time since losing his WBA world super-middleweight crown to Saul ‘Canelo’ Alvarez at Madison Square Garden back in December, will feature live on ESPN+ and iFL TV.

As he prepares to head back for the familiar turf of the Eventim Olympia, ‘Rocky from Stocky’ is brimming with anticipation.

Fielding said: “I’m absolutely buzzing to be back. There’s no place like home and the Olympia is really where my career started – I won Prizefighter there and then the English and British titles there too.

“I’ve been very impressed with the #MTKFightNight series. They’ve been on virtually every weekend and they look great. It’s important to keep getting these up-and-coming fighters exposure.

“It’s great to be back fighting in front of my home fans. I look at the top names in the division and I believe I’m still up there.

“I’m looking forward to training alongside my good mate Martin Murray for this one. The last time we were on a bill together, we both won titles so it’ll be special for us both.”

The fighting pride of St Helens (37-5-1, 17 KOs) is back in business – live on ESPN+ in association with Top Rank and on iFL TV – and feels mentally refreshed after his controversial defeat to Hassan N’Dam back in December.

Murray said: “I’ve been keeping myself fit and doing a lot of training. I’m pushing myself and I know I’m not done physically but mentally, I needed a rest. Now I’m fully refreshed.

“This short time away from the sport has done me a world of good because I’ve had time to sit down and think about what I really wanted. I’m back and I’m just going to enjoy fighting again.

“I went back to the gym yesterday and I genuinely loved being back. I’m not done – I had one off fight and now I’m coming back. I can’t wait to get out there in Liverpool.

“I can’t wait to get out there on July 12 on the same bill as my good mate Rocky Fielding.”

Joining Murray and Fielding on what will be a colossal show in the boxing stronghold of Liverpool is local hero Jazza Dickens, who takes on talented Australian Nathaniel May for the IBF European title.