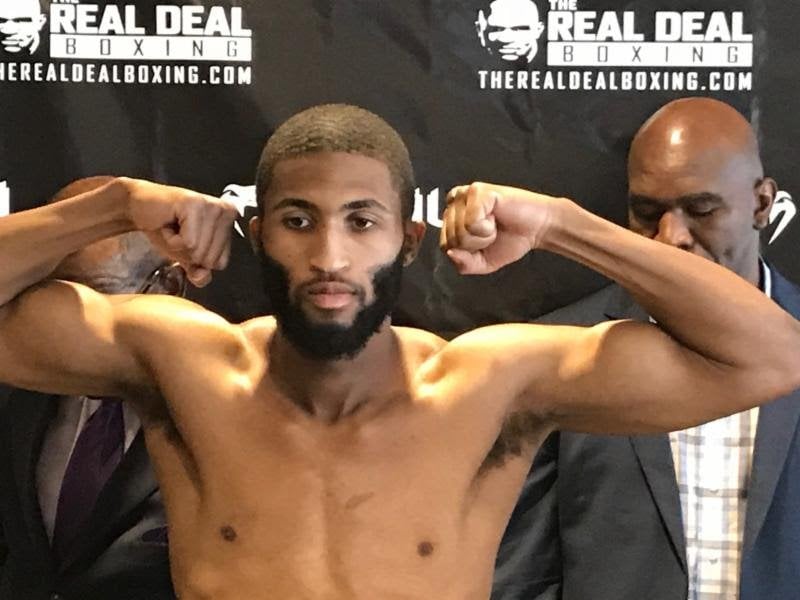 Undefeated welterweight prospect, Poindexter Knight Jr. is looking to make his splash in his Atlantic City debut this Saturday at Boardwalk Hall when he takes on Jean Carlos Sepulveda in a bout scheduled for four-rounds.

Knight (3-0, 2 KOs) of Philadelphia is eager in front of what is expected to be a knowledgeable and star-studded crowd on Atlantic City Boxing Hall of Fame Weekend.

“Training went great. I feel strong, and I am ready to show out,” said the 22 year-old former National Golden Gloves champion.

“I really do not know anything about my opponent. He is a last minute replacement.”

Knight, who hails just 60 miles from the famous shore town, has been thinking about this moment for a long time.

“Being from Philadelphia, I know all about the tradition of boxing in Atlantic City. This is a dream come true. All of the greats have fought there. I plan on making a statement. It gives me a lot of motivation to be able to perform in front of the legends of boxing. It is everything that I have dreamed about. I am going in there to make a statement.

Knight is managed by Split-T Management

‘Poindexter has been getting better with every fight as a pro,” said Split-T Management CEO, David McWater. “It’s Just a matter of time when everyone recognizes him as one of the best prospects in the world.”

Downing of Trenton, New Jersey will face Britain Hart in a scheduled four-round bout. Hart checked in at 121 pounds.

Downing is promoted by her sister Mis Downing.