“The title of Super Champion is one of great significance. Iván Calderón, Manny Pacquiao, Oscar De La Hoya, Wladimir Klitschko and Joe Calzaghe are among the elite few who have received this distinction. Sergey Kovalev is a complete fighter with big punching power and great boxing skill. He is a dedicated family man and a gym enthusiast. He will defend his championship on March 14 and as you can see he is almost at his fight weight. We are honored to have him as our champion. He is undoubtedly one of the best fighters in the history of his division”, stated President Francisco Valcárcel.

Originally from Kopeysk, Russia, Kovalev won the WBO World Light Heavyweight Championship on August 17, 2013 in Wales, United Kingdom, knocking out then british champion, Nathan Cleverly in the fourth round.

“I am very happy to be in Puerto Rico and delighted by the warm reception. For me, it is an honor to receive the title of WBO Super Champion. I have to thank the World Boxing Organization for giving me the opportunity to defend for the first time a world title. You can be assured that I will defend my titles against anyone, anywhere. I’ll keep showing I am a Super Champion”, said Kovalev. 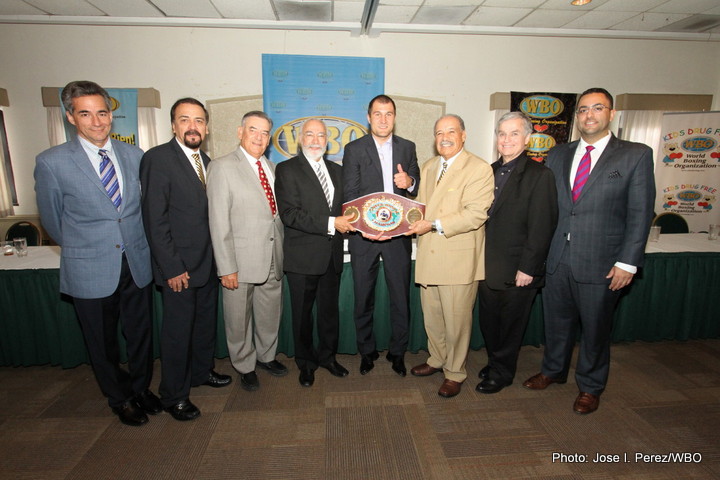 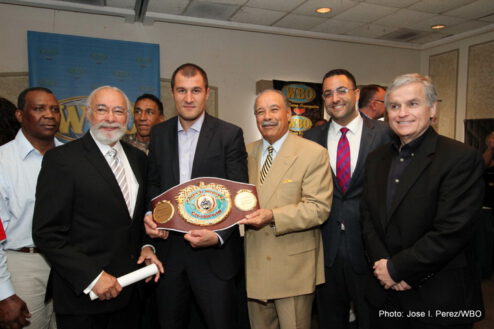 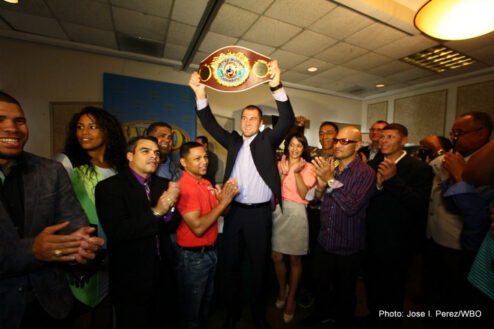 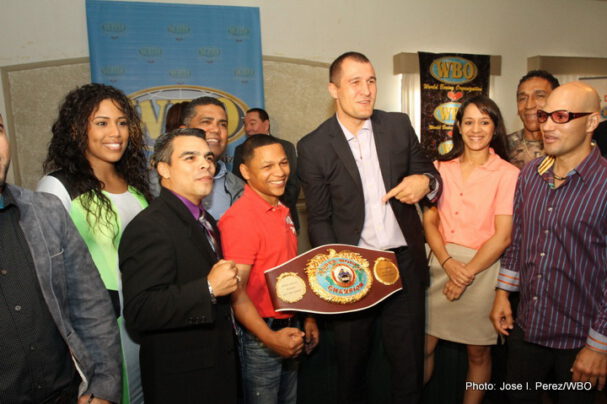 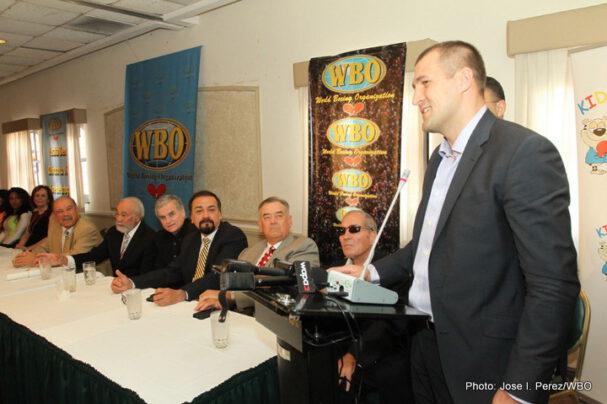 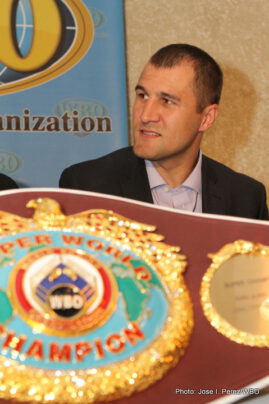 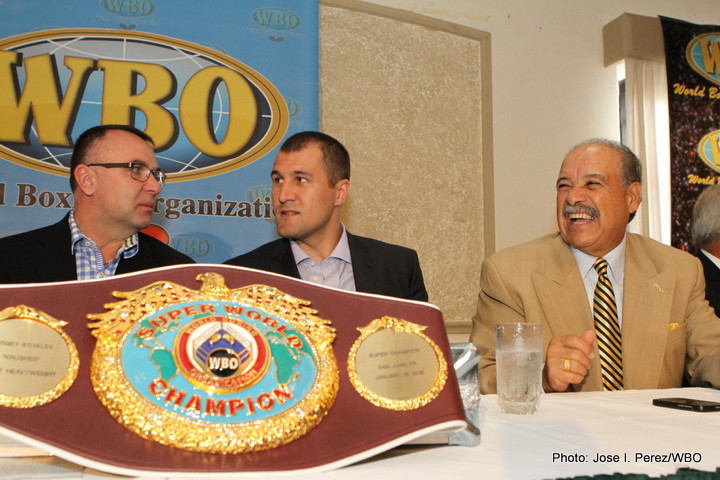 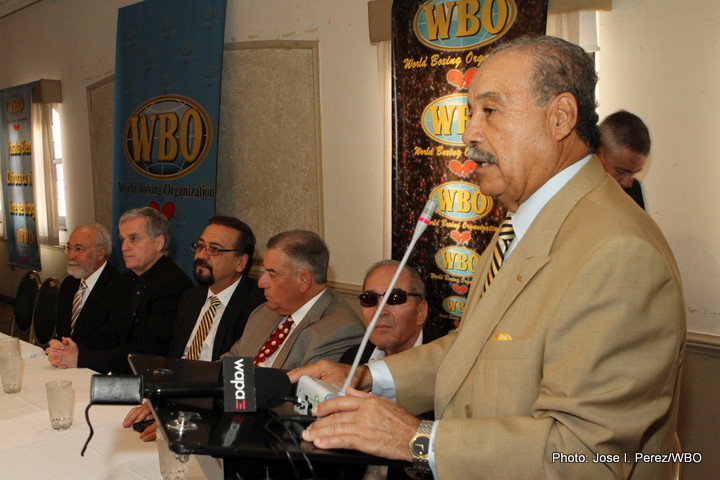