Shakur Stevenson said it would be one-sided, and he stayed true to his word, rolling past Namibian knockout artist Jeremiah Nakathila via unanimous decision (120-107, 3x) to win the vacant WBO interim junior lightweight world title Saturday at The Theater at Virgin Hotels Las Vegas.

Nakathila (21-2, 17 KOs) had the height and reach advantage but little else to trouble Stevenson (16-0, 8 KOs), a former featherweight world champion looking to conquer a second weight division. 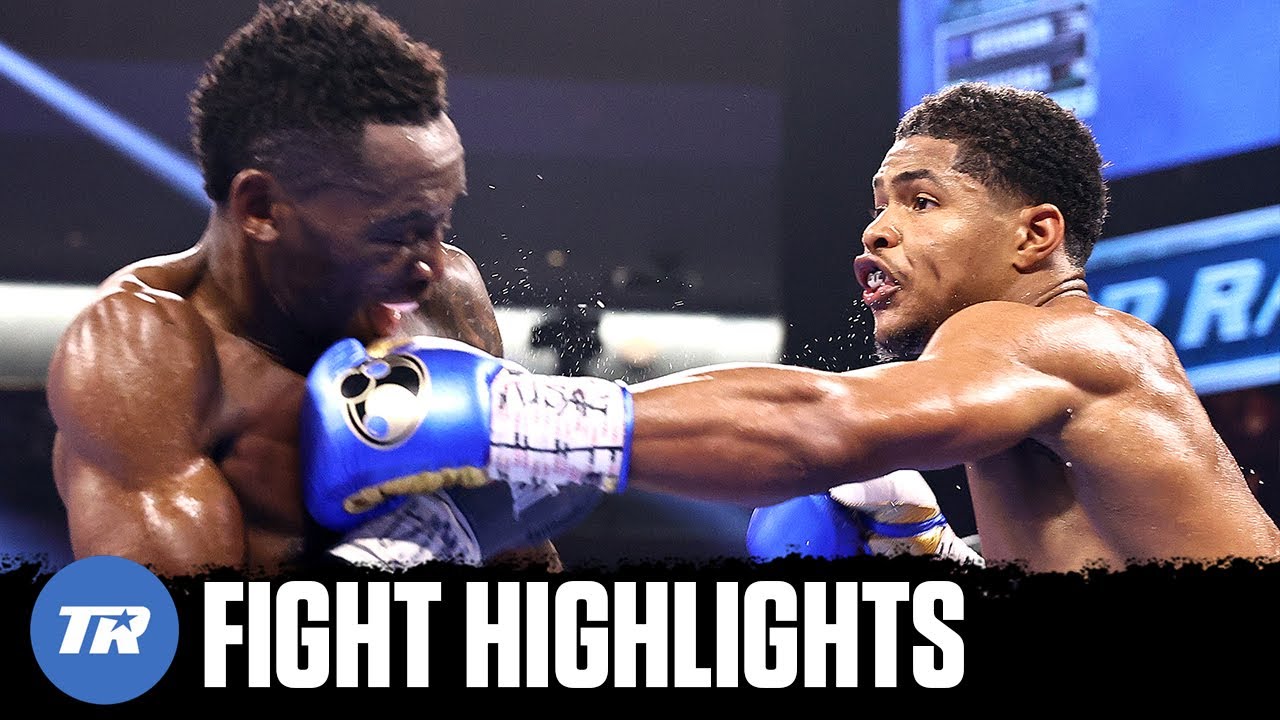 Stevenson knocked down Nakathila with a lightning-fast right hook in the fourth round, and the one-way traffic continued into the second half of the fight.

The knockout did not come, and Stevenson had to settle for the one-sided decision. With Nakathila out of the way, he has bigger names in mind.

“I tried to {get him out of there} a little bit, but I started getting hit with some solid shots. I ain’t really like it, but next time I’m going to work on moving my head a little bit more and step it up a little more.”

Youth was no match for experience, as former two-weight world champion Jose “Sniper” Pedraza (29-3, 14 KOs) barreled his way into the junior welterweight world title picture with an eighth-round stoppage over the previously undefeated Julian “Hammer Hands” Rodriguez (21-1, 14 KOs). Rodriguez’s left eye swelled up early, and following the eighth round, he told his corner he could no longer see out of the injured eye.

Pedraza has now won three straight bouts since losing his junior welterweight debut to Jose Zepeda. At the time of the stoppage, he held a 77-75 lead on all three judges’ cards. 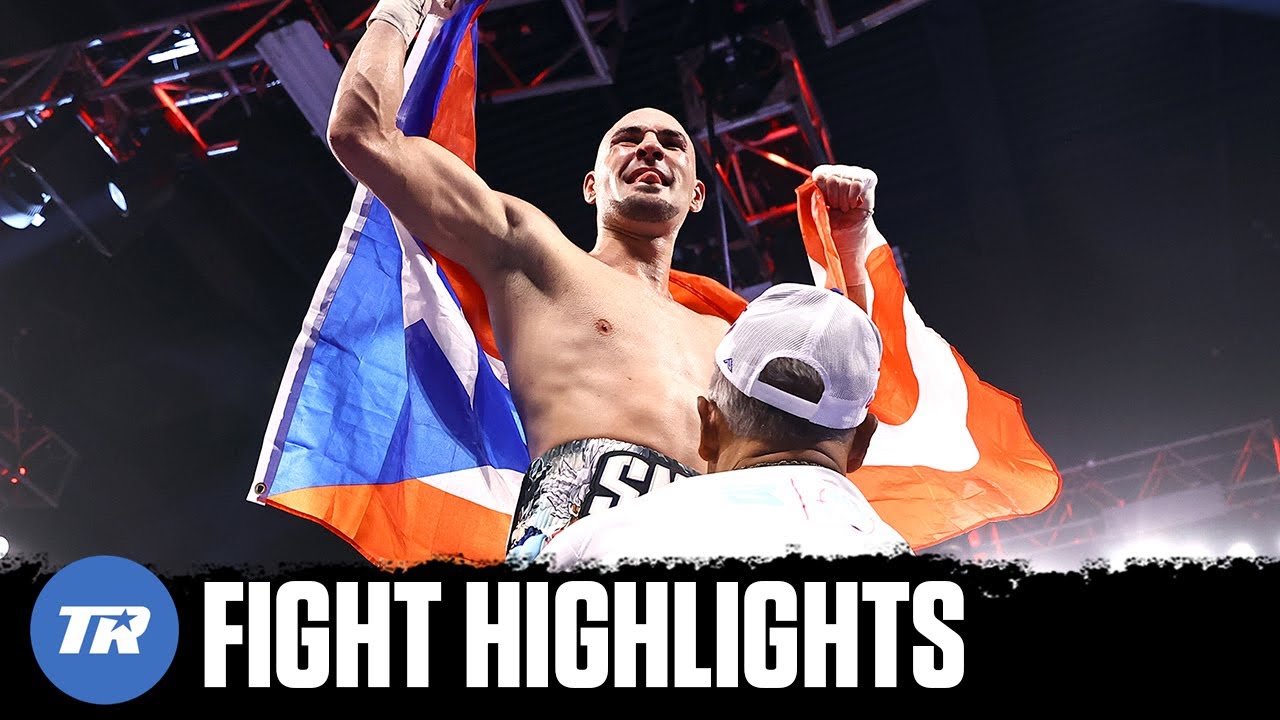 Pedraza said, “My experience was too much for him. I was hungrier than him, and he was just another obstacle in my journey to become a three-division world champion. That is my goal.

“I want all the big names at 140 pounds. With this performance, I sent a message to those big names. The ‘Sniper’ is on the hunt. I want to make history for Puerto Rico.

“As the fight went on, I could see him weakening, and I took advantage.”

Junior Lightweight: Manuel Rey Rojas (21-5, 6 KOs) UD 8 Tyler McCreary (16-2-1, 7 KOs). Scores: 80-72 2x and 79-73. Dallas native Rojas applied the pressure and registered the most significant win of his career. He dropped a unanimous decision to Albert Bell two months ago and rebounded in fine fashion against Toledo’s McCreary, a one-time top prospect who has now lost two in a row.

Junior Welterweight: John Bauza (15-0, 6 KOs) TKO 2 Christon Edwards (12-3, 6 KO), :40. Bauza, in his first fight in nearly a year, fought like his trunks were on fire, as he dropped the Houston-based veteran Edwards three times in 3:40 of action. Bauza, from Cataño, Puerto Rico, scored his first stoppage since December 2017.

Welterweight: Xander Zayas (9-0, 7 KOs) TKO 3 Larry Fryers (11-4, 4 KOs), 1:02. The 18-year-old Puerto Rican prodigy added yet another highlight to his growing reel, as he battered Irish veteran Fryers from pillar to post until referee Celestino Ruiz mercifully stopped the fight. After the stoppage, Zayas leaped on one of the neutral corner ropes and proclaimed, “This is Boxing. This is Top Rank.” 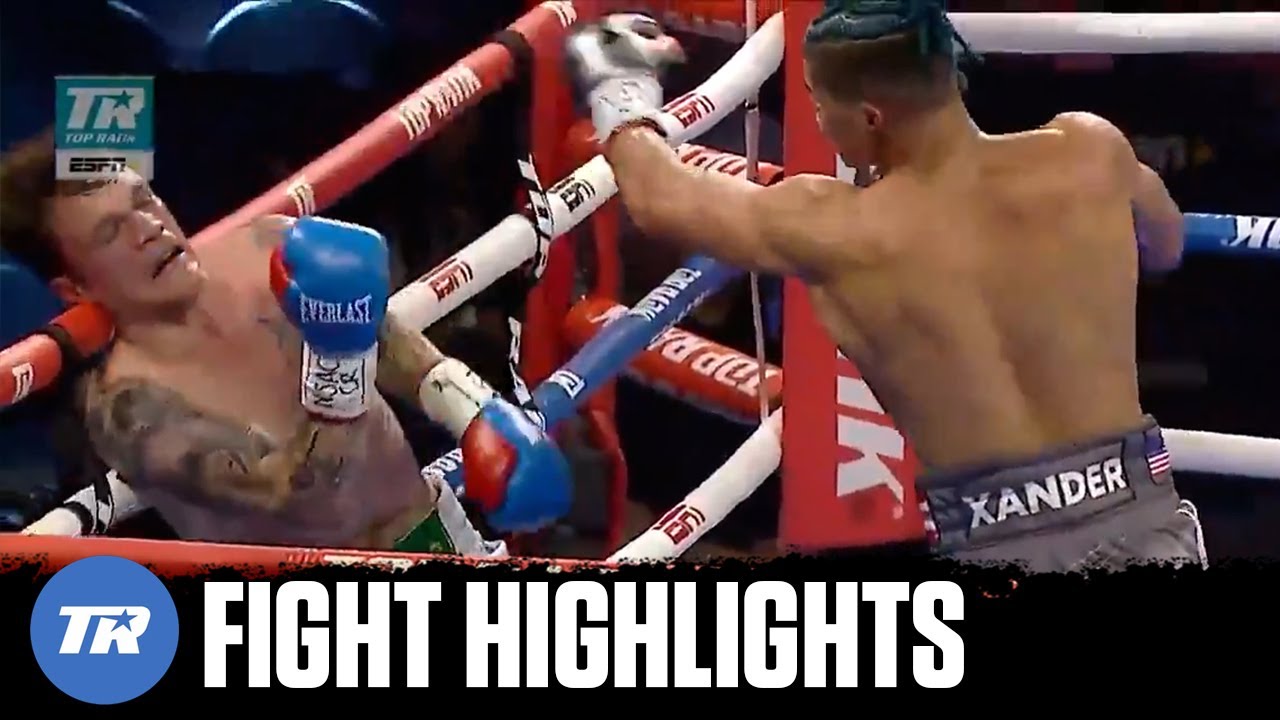 Middleweight: Troy Isley (2-0, 1 KO) TKO 4 LaQuan Evans (4-2, 2 KOs). 2:26. Isley, who will represent the United States at the Tokyo Olympics this summer, fit in a last-round knockout before his gold medal quest. Isley was dominating the action until referee Russell Mora in stepped with only 34 seconds remaining in the four-rounder.