RYAN GARCIA, UNDEFEATED SUPER LIGHTWEIGHT CONTENDER: “I’m determined to do something amazing, entertain the fans and give them a show. He wants to knock me out too so we’re going to come in and throw our punches and give the fans a great show.”

“Now I’m focused and locked in. I’m ready to do my job. I’m done talking. I just bring my good energy and speak the truth.” 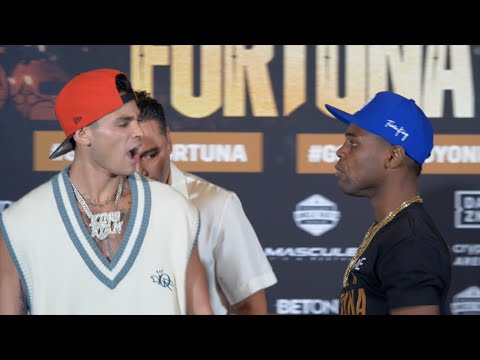 “Many respectable athletes like that and want to come see me fight. People respect you when you’re good at what you do.”

“[Fortuna gives Garcia his Chicago Bulls hat as a gift after Ryan says he likes the Chicago Bulls] We know what we do. I’m coming to F*ck him up too. I don’t care if he gave me a hat or not.”

“Obviously there have been a couple of times in my career where I left it up to the judges and it wasn’t a good thing. It’s either he kills me or I kill him.[Fortuna gives Garcia his Chicago Bulls hat as a gift after Ryan says he likes the Chicago Bulls] Me giving you this hat, doesn’t guarantee I won’t break your face on Saturday. I don’t want any excuses.”

“It feels good being among the best. Being born in East LA, growing up in LA. I feel very proud of having the statue at the Crypto. It’s an inspiration for generations to come.”

“I think it’s going to be a difficult fight for both fighters. You can’t count out the experience his opponent Fortuna has, he’s coming with everything. He has the tools to offset a young Ryan Garcia. I feel like it’s sink or swim for both guys. We know the fans are in for a treat.”

“I just want to thank everyone. Just to be fighting at Crypto Arena, I’m excited, I’m pumped to go out there and put on a show.”

“I am just going out there, believing in myself and putting on a good performance like last time.”

“First off, I have to go in there and look good, give a good performance. If the knockout comes then it comes. I’m not going to be out there looking for it but if it presents itself I will take full advantage. Tune in, this is my time and I’m going to steal the show.”

“I’ve had some great opportunities and great fights. Now I’m here going to face a great fighter and I’m here to win.”

“A win would be a big step forward in my career and hopefully a title fight in the near future and that’s why I’m ready. I hope everyone is watching me win so I can take it back to Argentina.”

“I’m here to fight. If I have to get through another title eliminator to get to the world title, then I’ll do it.”

“I came 100% prepared so expect a great fight. Stay tuned for Saturday night. It’s my first time fighting here in the United States and I’m doing it in front of my supporters and family. It’s an honor fighting at Crypto.com.”

“I expect Ryan to come mentally ready and the rest will follow. I know he doesn’t want to hear it but he will be asked if he is physically and mentally ready, which I know he is. I can’t talk for him but I can’t fight for him either. It’s important now to show Saturday night that he’s ready for anybody in that division.”

“I feel great and yes I only have four fights. I want to thank my promoter for giving me this opportunity to fight a title eliminator with only four fights.”

“I feel good. It’s been two and a half years since I’ve been in the ring. I’ve been with my family and friends but now I’m very excited to come back.”

“I’m the only one on this card that’s from LA. I’m here to do my job and give you guys a good show.” 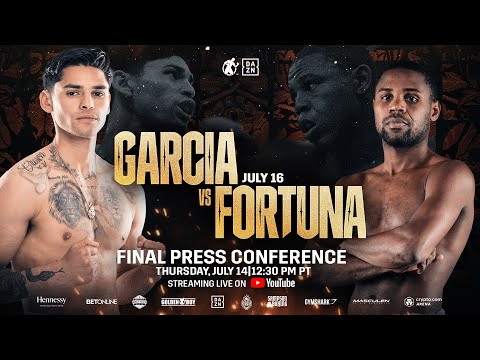 “I am having a great time. I am supreme confidence. I’ve worked my ass off.”

“This game is about adjustments, and you can’t bank on the same thing every day. What matters most is that you do the best you can with the hand you are dealt with at that moment.”

“I feel excellent to be here, very honored, and am happy that I can move my career forward.”

“I feel in good physical condition, and I promise I will give the fans an excellent fight.”

“Ryan is a good fighter, but we hope that he doesn’t have any excuses not to fight me this time around. I see that he is very focused on another fight instead of focusing on the fight he has this Saturday. And we hope that after I beat him on Saturday, he has no excuses.”

“When you enter the ring, you risk your life. I am risking my life, sacrificing for my children, and I promise to give him everything I have. I am focused on what I can do to win.”

“It’s been another great camp. They are always grueling, physically and mentally challenging, but it has been great. Shout out to my team, Hector Lopez, Cesar Campos, and Robert Villasenor.”

Read:  Tszyu vs Harrison on March 12 in Sydney, Australia

“My opponent is tough, he has never been stopped, and we know he has been there with many tough opponents. I expect a game opponent on Saturday night.”

“I want to fight whoever has the belts. Errol Spence and Terrence Crawford will retire or increase in weight, and those belts will be up for grabs.”

“In this game, the circle of opportunity for a world title shot closes, so for me to get another opportunity like this, it’s just in me to tackle it.”

“I have always been challenged in my career. They were always putting in some guys that came to fight and weren’t just laying down. But it has made me into the man and fighter I am now. And the new guys in front of me aren’t lasting.”

“I feel I am the best and need an opportunity to show it. Every time I am in the ring, I want to improve and put the division on notice. I’m here.”

“It’s cool to fight in Los Angeles on a big stage like the Crypto.com Arena. That is where many historic boxing events have happened, basketball games, so it’s a real privilege to be able to fight there.”

“I want to thank all the people that supported me; that has been my motivation. I want this fight; I have been waiting for a year, and we are fighting for a title eliminator. This gets me closer to a world title shot.” 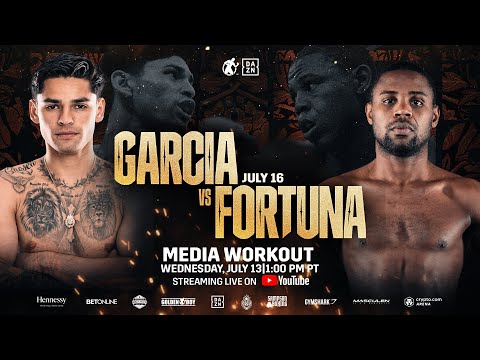