Unbeaten rising star Chris “Primetime” Colbert held a media workout in his hometown of Brooklyn Friday, as he prepares to take on undefeated Dominican Olympian Hector Garcia in the SHOWTIME main event Saturday, February 26 in a Premier Boxing Champions event from The Chelsea inside The Cosmopolitan of Las Vegas.

Tickets for the live event, which is promoted by TGB Promotions, are on sale now and can be purchased through Ticketmaster.com.

The 25-year-old Colbert held the workout at the NYC Cops & Kids Boxing Club where he began his boxing journey, from his decorated days in the amateur ranks, to his burgeoning pro career. Here is what Colbert had to say about training camp, his February 26 opponent, and more:

“He’s going to learn firsthand how dangerous I am. I’m not worried about anything he brings to the ring. I love when people think that power is going to save them against me.

“I don’t really know anything about Garcia. I know he’s got two arms and two legs, and beyond that I expect him to bring his A-game, because he has to against me. There’s no way that I’m letting him come in as a late replacement and beat me.

“I spent most of training camp with Coach Aureliano Sosa and Herman Caicedo at Caicedo Sports down in Miami, but with the change of opponent I made the decision to come back to my gym in Brooklyn because we have three lefties in the gym up here.

“The only real difference for this camp is that I have a nutritionist now, so they’ve got me on a strict diet and I’m just more focused than ever. The other thing about this camp is that I was originally supposed to fight in mid-December, but then it got pushed back to now. So we went through two camps basically. It’s been about a 14-week camp in total.

“We went down to Miami mainly because of the weather, and because of our connection with Coach Herman. I hate the cold up north. And then they’ve also got a lot of quality sparring partners for me down in Miami and they gave me some good work to get me ready for this fight.

“I’m all about making adjustments. I’ve had opponent replacements happen before, and I know this is part of the business of boxing. I just have to roll with the punches, make lemonade out of these lemons and do what I do on February 26.

“I don’t fight for the belts. I fight for the money and my legacy. I still have a job to do next Saturday. I’m still getting paid. After I win, I get to fight again soon for the belt and get paid again for that fight.” 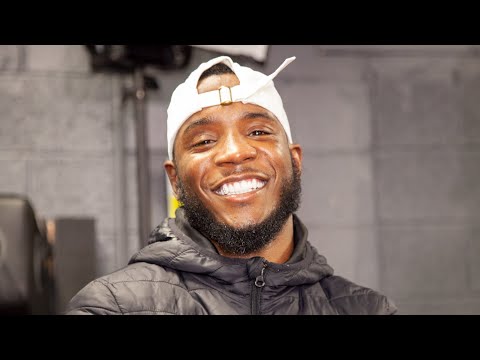