The 24-year-old Colbert (16-0, 6 KOs) rode a dominant jab to victory as he landed 112 across the 12 rounds according to CompuBox, buoying a 218 to 78 advantage in punches landed. The Brooklyn-native used the jab to set up a variety of effective power punches that he was able to land from orthodox and southpaw stances. 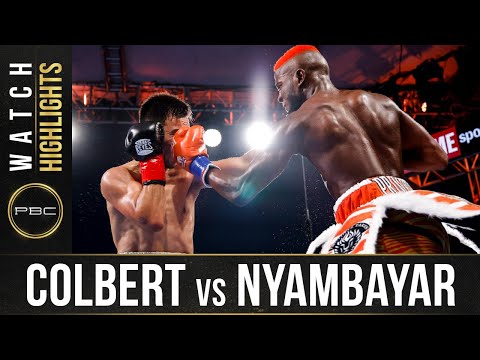 “We had a tremendous training camp,” said Colbert. “We sparred a lot with a bigger guy in Michel Rivera, so I had a lot of practice using my speed and jab in camp. The jab is always a key in this sport.”

Mongolia’s Nyambayar (12-2, 9 KOs), who now fights out of Los Angeles, stepped in to fight Colbert on less than two weeks’ notice, replacing former champion Yuriorkis Gamboa after he suffered a training camp injury. Nyambayar had successful moments in his 130-pound debut, with Colbert even noting the Olympic silver medalist’s power, but he was unable to keep up a sustained attack or keep the busier Colbert from controlling the tempo.

“He carried power for a 126-pounder,” said Colbert. “Boxing is about hitting and not getting hit. I had to use my Muhammad Ali tactics and float like a butterfly and sting like a bee. This was a great fight and ‘Tug’ did a great job coming in off only a week and a half of training for me. I take off my hat to him and wish him nothing but the best in his career.”

Colbert rode his versatile offensive arsenal to a big advantage on the scorecards and statistically, dominating Nyambayar in punches landed as he connected on 106 power punches to 78 total punches landed by Nyambayar. After 12 rounds, the judges’ scores confirmed Colbert’s dominance, as he won the decision with scores of 117-111 and 118-110 twice.

“I’m number one in the WBA,” said Colbert. “So you know what time it is. I’m going to follow the plan and see what happens next.”

In the co-main event, rising lightweight contender Michel Rivera (21-0, 14 KOs) scored a highlight-reel knockout over Jon Fernandez (21-2, 18 KOs) in the eighth round of their WBA Lightweight Title Eliminator. 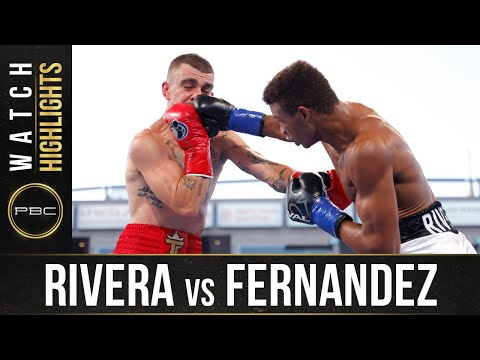 “I’m so excited and beyond happy to get this win,” said Rivera. “Fernández was a strong, experienced opponent that forced me to change the game plan I had going in.”

An unbeaten Dominican fighter who now trains in Miami, Rivera seemed to take control of the action in round four, as he began to find a home for the straight right hand that would eventually end the fight. The tables turned momentarily in round six however, as Fernandez connected with a clean right hand to the head that put Rivera on the canvas for the first time in his career.

“I knew since the first round that I would have to be careful with him,” said Rivera. “He had heavy hands and was taller than me, but I was faster and more skilled overall.”

The 23-year-old was able to weather the storm brought by the Spaniard Fernandez and made it through the round despite the knockdown. After regaining his momentum in the seventh round, Rivera broke through with a decisive right hand that crumpled Fernandez early in the eighth, prompting referee Jack Reiss to wave off the bout 44 seconds in the frame. Rivera held an 87 to 76 advantage in punches landed, and connected on 37% of his power punches, compared to 27% from Fernandez.

“I want the fight with Rolando Romero next,” said Rivera. “Once I do face him, I would like to go up against Gervonta Davis or Teofimo López.”

Immediately following tonight’s live SHOWTIME telecast, ALL ACCESS: Davis vs. Barrios Epilogue premiered on the network. It is also available now on the SHOWTIME Sports YouTube page and can be watched HERE.