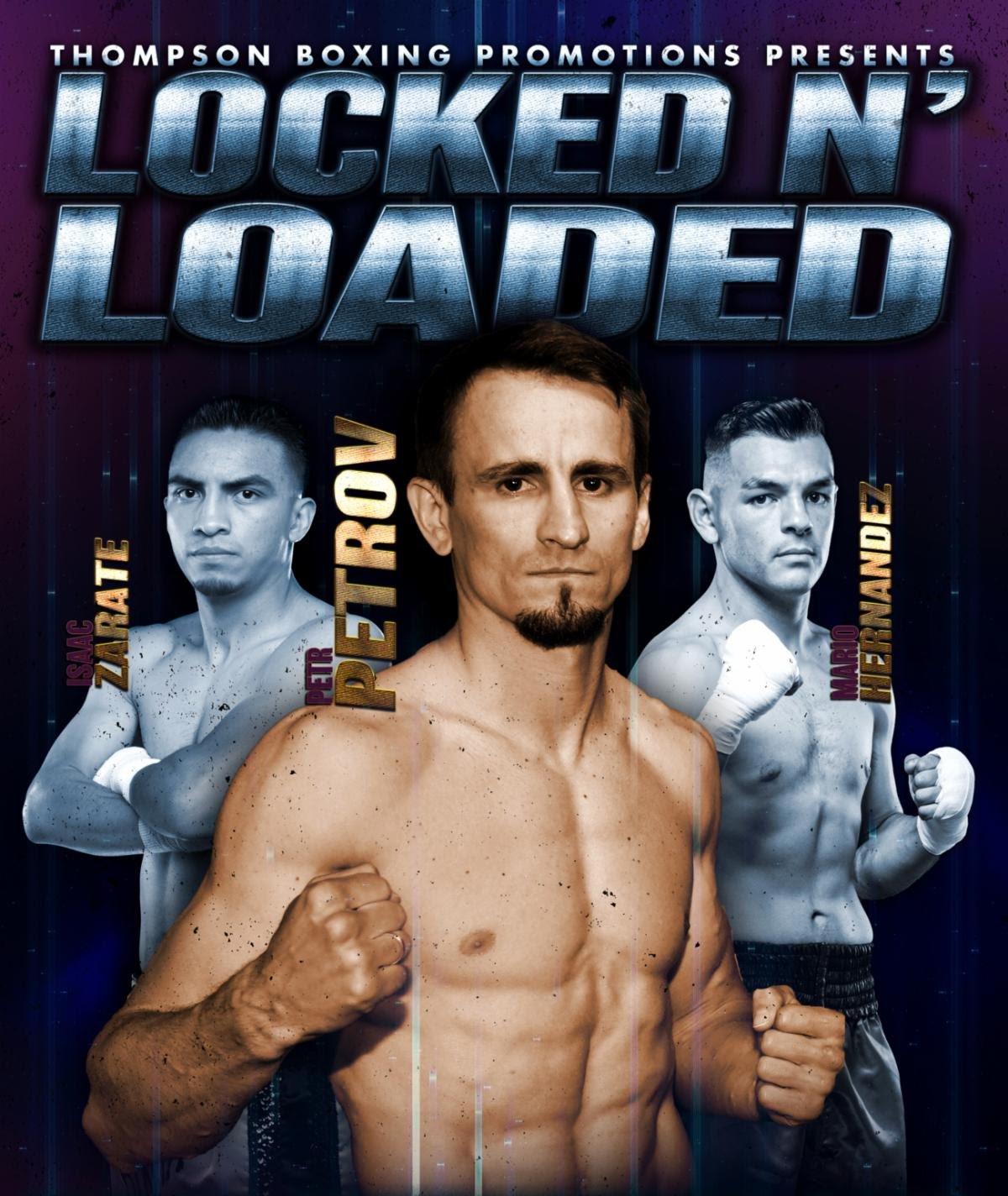 In a chaotic turn of events, former lightweight contender Petr Petrov (40-6-2, 21 KOs) is back on Thompson Boxing’s “Locked n’ Loaded” main event scheduled for this Friday, Sept. 20, from the Doubletree Hotel in Ontario, Calif.

Over the weekend, Petrov, 36, was close to finalizing a deal as a last minute replacement for Ryan Garcia, but the agreement never materialized and left Garcia off the Los Angeles-area card he was headlining on Saturday.

“Things like this happen,” said Petrov, who will face Tennessee’s Dedrick Bell (23-30-1, 11 KOs) on Friday night. “I’ve switched my focus back onto Bell and making sure I’m ready for whatever he brings.”

Petrov, who lives in Madrid, Spain, but conducts most of his training camp in sparring-rich Los Angeles, is back on the title hunt after coming up empty two years ago against then WBO lightweight champion Terry Flanagan. His eight-round fight against Bell will be his third fight of the year after scoring two knockout wins in March and May.

Bell, on the other hand, is in the midst of his best run since turning professional ten years ago. He has won five in a row and 11 of his last 12.

“Locked n’ Loaded” is presented by Thompson Boxing Promotions and sponsored by Everlast.