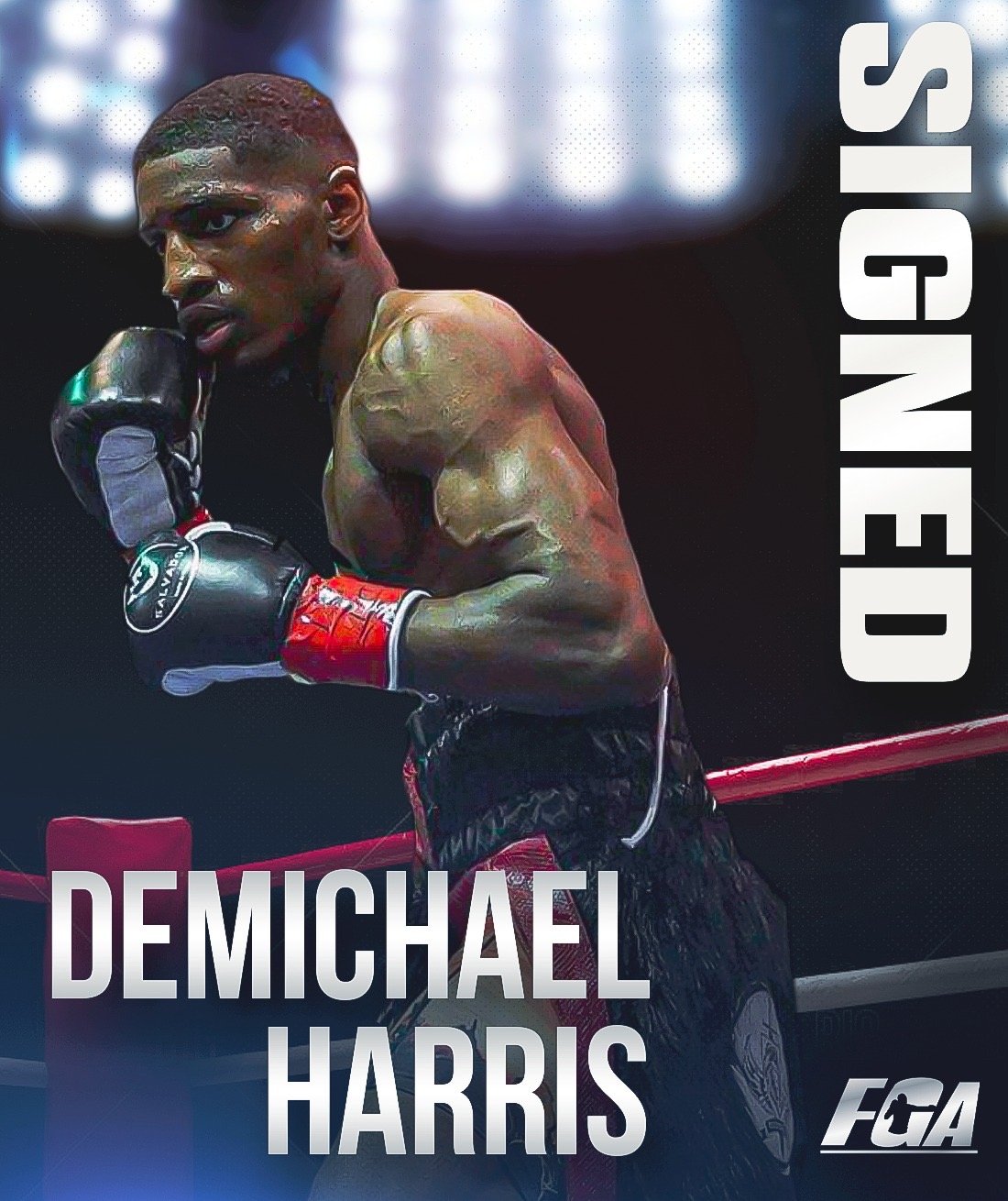 Said Peter Kahn, “I am very excited to be working with DeMichael Harris. DeMichael has the physical attributes, natural power, work ethic, and mindset to be very competitive in the super featherweight division. He has a strong and hungry team behind him which is a perfect recipe for success.”

Stated the 23-year-old Harris, a native of Cleveland, OH, “I would like to thank Peter Kahn for giving me a chance to showcase my skill and ability. I feel Fight Game Advisors is the right place for me and that we will definitely have a great future together. I will be a super featherweight champion sooner than I expect with Fight Game Advisors.”

Harris is trained by Mustafah Meekins, “We are very pleased to be working with a great team at Fight Game Advisors. A place to display all of the hard work that DeMichael has been putting in. I am really looking forward to building a strong relationship as we develop and move forward through the ranks of boxing.”

Born in Cleveland, Ohio, Harris has lived in Atlanta, Georgia for the last six years. A latecomer to boxing with only 17 amateur bouts, he made his foray into professional boxing after serving as a sparring partner with World Champion Gevonta ‘Tank’ Davis.

“Tank and I got along great and he suggested that I turn professional due to my style. I’ve always had more of a professional style, sitting down on my punches. I’ve heard people say I remind them of Tommy Hearns because of my height (5’11”) for the division and my power.”

“Tank put me on two of his undercards in Baltimore and Atlanta and that was a huge help to me. I fought in front of huge crowds and got to see how a true world champion prepares on fight night.”

“Peter Kahn and his team at Fight Game Advisors was a perfect fit for me, he came very highly recommended, and after having these three pro bouts I knew I needed a great manager.”

“For my immediate future, I want to fight as often as possible and continue to learn in the gym under Coach Mustafah. I also want to get the best sparring and we’ve already traveled to Houston, New York City, Atlanta and Florida in the past year for that.”

Heavyweight Jeremiah Milton, who recently made the move from his hometown of Tulsa, Oklahoma to Las Vegas, has been sparring undefeated 2016 Italian Olympian, Guido Vianello (7-0, 7 KOs), in preparation for his highly anticipated pro debut, which is tentatively scheduled for August 2020.

The big puncher Milton, who is singed under management with Victory Sports & Entertainment, has been in the ring with the likes of 2016 Olympic Silver Medalist Joe Joyce (10-0, 9 KOs), as well as other top heavyweights who have trained in Las Vegas.

“I love sparring the best heavyweights in boxing,” said the 26-year-old amateur stand-out who was a silver medalist at the Olympic Trials and won the Western Qualifiers in 2019. “There is no other city like Las Vegas where you can get the best sparring that boxing has to offer. Guido Vianello is an exceptionally talented fighter and I’m learning a lot by sharing the ring with him. I’m proud to represent my city Tulsa, Oklahoma amongst the best in boxing.”

“Jeremiah is learning how to adjust to different styles and Vianello is a very powerful puncher so the work he’s getting is incredible,” said Mike Leanardì, CEO of Victory Sports & Entertainment. “We are looking to have Jeremiah make his pro debut in August if everything plays out perfect. Those details will be announced when we finalize his opponent and the promoter gives us the green light that his show is happening.”

“We knew that Jeremiah’s move to Las Vegas was going to be the key factor for him to become the best possible fighter,” said Rick Torres, of Victory Sports & Entertainment. “Sparring guys like Guido Vianello and Joy Joyce can’t happen in any other city. We are pleased with what we are seeing in these sparring sessions.”