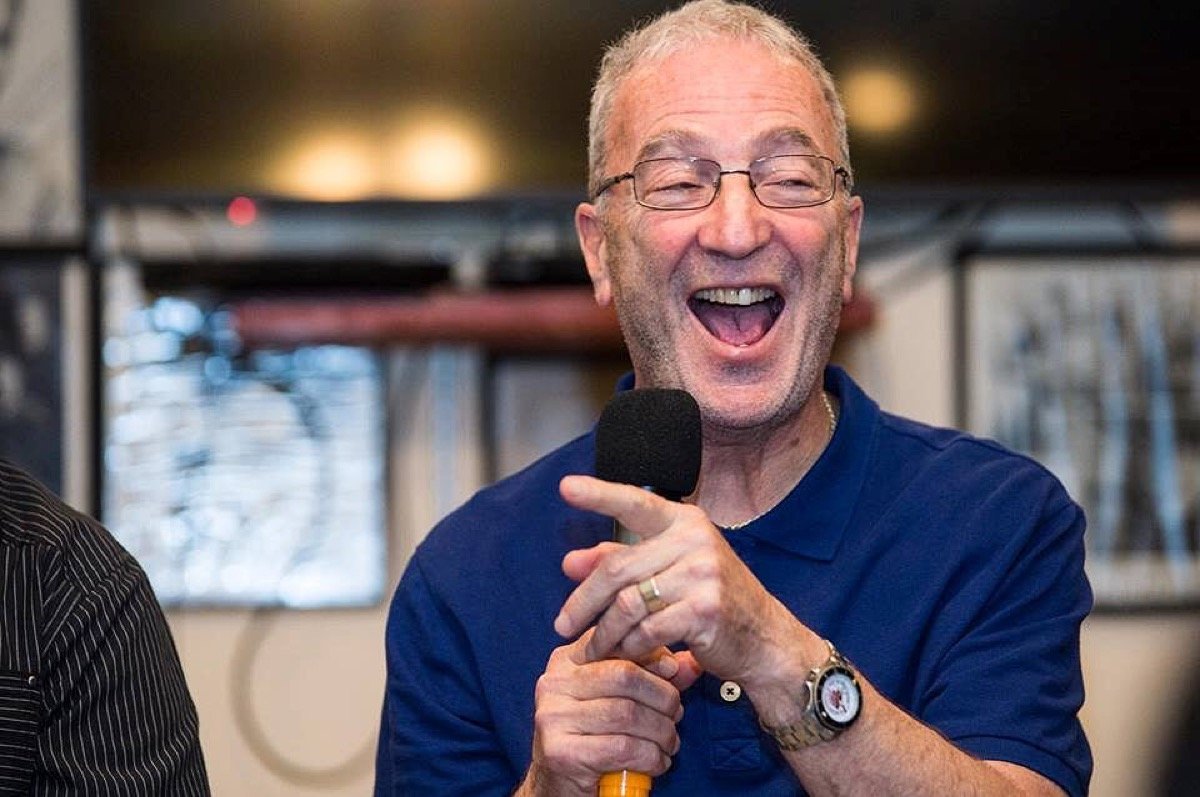 Photo Credit: Darryl Cobb — PHILADELPHIA, PA–J Russell Peltz was 22 years old when he promoted his first boxing card 50 years ago at the legendary Blue Horizon. On Oct. 4, Peltz will celebrate half a century as a boxing promoter with a card at the 2300 Arena that will reflect his reputation for promoting Philly vs. Philly, no-quarters-given bouts.

The eight-fight card, promoted by Raging Babe, will feature junior welterweight Victor Padilla, of Berlin, NJ, by way of Vieques, Puerto Rico, in the main event. Padilla, who is promoted by DiBella Entertainment, is undefeated in five fights, all by way of knockout, and is considered by Peltz and others to be a future world champion. Peltz will serve as matchmaker for the event.

It has been nearly 20 years since Peltz received the Long and Meritorious Service award from the Boxing Writers Association of America and Philadelphia Sportswriters Association, followed in 2004 by his induction into the International Boxing Hall of Fame. While others might have considered retirement, Peltz has gone on to promote more than 150 additional events, bringing his total number of promoted shows to nearly 1,000. He has promoted or co-promoted more than 40 world championship fights.

After starting his career as sports editor of the Temple News–the daily student newspaper at Temple University–and then on the sports copy desk at the Evening and Sunday Bulletin, Peltz traded in his typewriter for the roller coaster that is professional boxing. He was dubbed “The Boy Wonder,” when he sold out the 1,346-seat Blue Horizon in his first event on Sept. 30, 1969, a night that featured a middleweight main event between Bennie Briscoe, of Philadelphia, and Tito Marshall, of Panama. The standing-room-only crowd was 1,606.

In more recent years, he’s taken Michelle Rosado (aka Raging Babe) under his wing, mentoring her and showing her the ins and outs of the boxing business with his unique brand of tough love.

“I can think of no one better to promote my 50th Anniversary Celebration,” said Peltz. “I have been able to sit in the passenger seat the last couple years while Michelle drove and I’m excited to share this special event with her.

“It seems like yesterday I was sitting outside the Blue Horizon in North Philly, selling tickets out of my car for my first card after the box office closed for the day. From there to the old Arena in West Philly, then to The Spectrum in South Philly, it’s been quite a ride. Atlantic City, Las Vegas, Europe, South America, the Orient–I cannot believe it’s been half a century.”

Rosado: “It’s an honor to put on this card with and for Russell’s 50th. He has been an incredible mentor and friend, and I think I have looked forward to this celebration of his legacy even more than he has.”