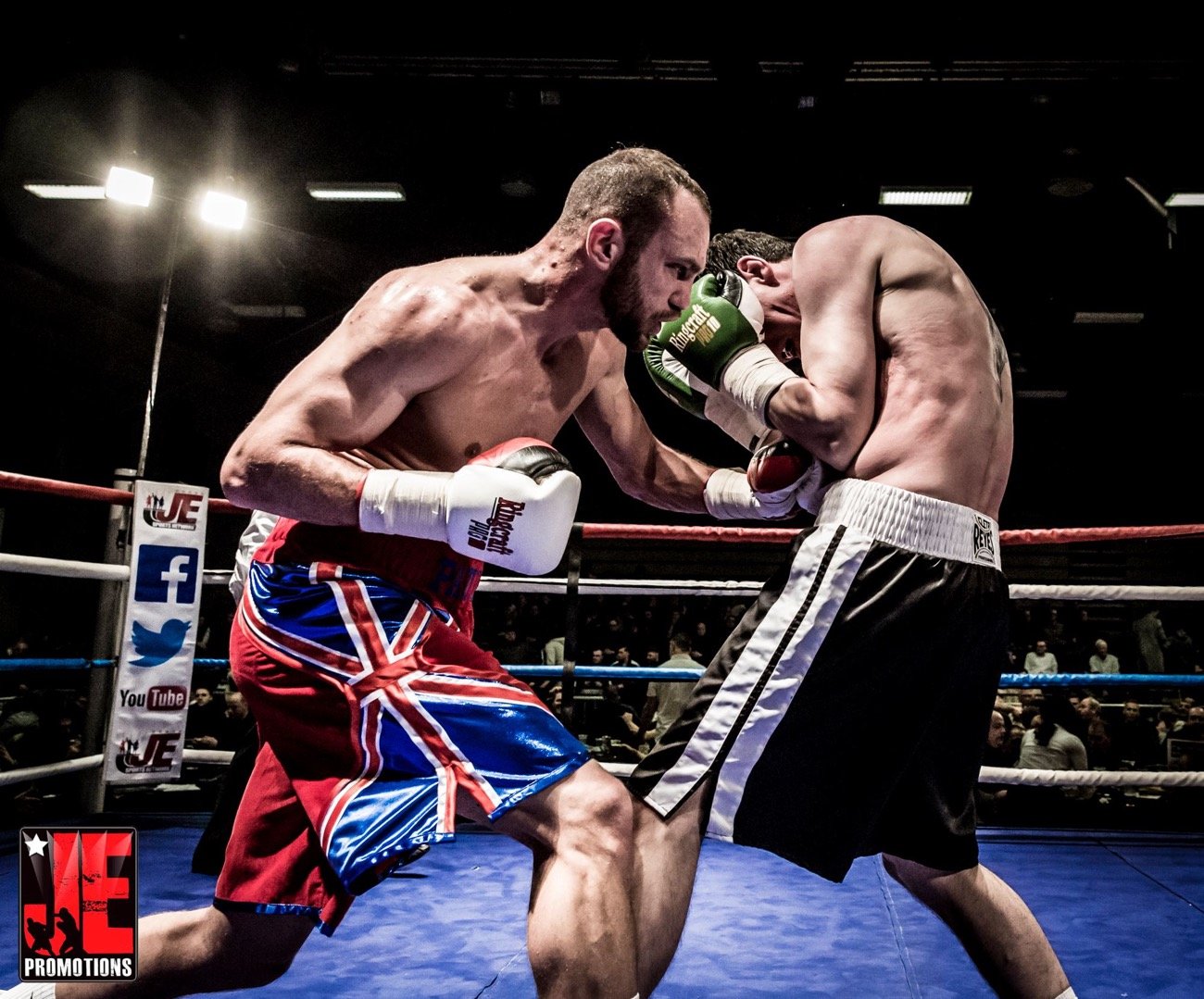 Paul ‘Bomber’ Brown (4-0) heads back to the ring on February 29 at Mote Park in Maidstone after a bout of inactivity that has seen him fight just once in 16 months.

The 30-year-old light-heavyweight from Ramsgate competes over four-rounds on Boxing Connected’s ‘Back with a Bang’ event, which features two Ultimate Boxxer finalists on the show.

A former ABA Southern Counties champion, Brown debuted in February 2018 and raced to 3-0 within the space of eight months. However, just one fight during 2019 has temporarily stalled his progress, which he plans to get back on track on the quadrennial date this weekend.

Jacob Ng wants either Kambosos or Selby, ready for All Australian showdown

Speaking to BritishBoxingNews.co.uk he explained how an injury was the main cause for the dormancy, “I picked up a perforated ear drum in my right ear after my last fight but the Board [British Boxing Board of Control] have signed me off now that it’s cleared and also been signed off by a specialist.”

‘Bomber’ Brown was last in action in June last year, when he notched up his fourth shutout points victory. His fifth fight will mark the two-year anniversary of his pro debut, but with just a quartet of bouts within that timeframe, Brown is keen to be busier than ever.

“Stay active as much as I possibly can,” he vowed. “I’ve been signed off to box now, so I want to get this one out the way, then push on from there. Hopefully I’ll be out again for April/May time, I’m 30 now so I’m not getting any younger! I want titles, so hopefully I’ll fight four times this year and really push on.”

As well as the ear injury, there have been other issues behind the scenes that have added to his absence from the ring. A change in gyms and trainers was also a further cause for the extended hiatus.

“It’s been terrible because I also went through few personal issues,” he confided. “The injury, not being able to box and then leaving my coach; at the time, I almost felt like giving up, to be fair.

“I wish my old club all the very best, but I’ve got a new team around me now at Ramsgate Boxing Club. My new coach was a pro boxer so it’s great for me that he’s been there and lived it. Sammy Holloway has brought new stuff into my training that I’ve never done before, bit of a shock to the system at first, and I’m training twice a day, which I’ve never done before.”

Sammy Holloway was known as ‘The Hammer’ during his boxing career and went undefeated in three fights as a pro during 2016, but unfortunately a hand injury forced him to retire early. He enjoyed a successful amateur career and also competed in Ross Minter’s Queensbury Boxing League.

“Sam’s style of fighting and training really suits me,” Paul continued. “My diet is great now, it’s two weeks before fight night and I’m bang on weight and I’ve never had that before.”

An enthused, rejuvenated Paul Brown believes his renewed positivity and mentality will be displayed in his next performance.

“So yeah, I’m sky high at the minute, 100 per cent more confident than ever! I’d like to get the knockout if I can, if it comes then great. I want my fans to be able to say, ‘Paul Brown is back!’

“I think people are gonna’ see a massive difference in me on fight night; I’m fitter, stronger, slimmer.”

Brown’s opponent is yet to be named, but Rochdale’s Andy Bishop (0-12), a 37-year-old southpaw, is tipped to be the man in the blue corner on fight night.

In the main event, Ultimate Boxxer super-welterweight runner-up Lenny Fuller (9-1) takes a leap up in class when he goes in against former WBA Fedebol champion Berman Sanchez (29-12-3) over eight rounds.

The ‘Gypsy Warrior’, 25 from Chart Sutton in Kent, will clash with the Nicaraguan, known as ‘La Cobra’, who has 21 KO’s from 29 victories and has shared the ring with WBC world super-featherweight champion Miguel Berchelt (37-1) and three-weight world champion Jorge Linares (46-5) in back to back contests. His last four wins have all ended by knockout, but Fuller, trained by Lee Page, aims to make a statement in his first fight of the year.