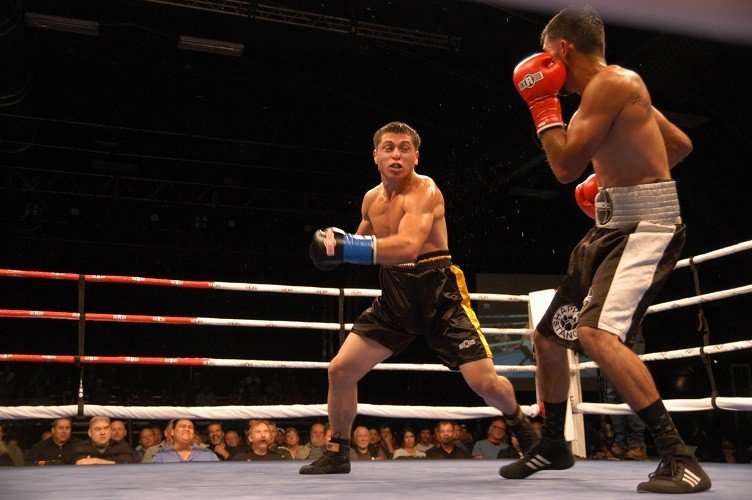 But that’s not to say the welterweight didn’t have ties to the sport.

“I was inspired (to take up boxing) by my father who would sign up to fight in smoker fights for money that way we had grocery money,” Parra Smith said.

Remarkably, despite the lack of an amateur background, Parra Smith has turned into one of the more exciting young fighters in the Pacific Northwest over the last 12 months.

Parra Smith will make his return to the ring on Saturday Nov. 9 when he appears on the undercard of Battle at the Boat 124 at the Emerald Queen Casino in Tacoma, Wash.

The six-bout card will have a 10-round main event in the welterweight division between Andre Keys (11-1) and Manuel Monteiro (7-1) and a semi-main event featuring undefeated super lightweight Nick Jefferson (10-0).

Parra Smith will look to even his career mark at 4-4 when he faces the debuting Marco Garcia.

Fans should expect to see a sharper, more polished Parra Smith than they have in his previous bouts as he recently moved back to Washington from Anchorage, Alaska at the start October and has been training feverishly at the White Center P.A.L. Boxing Club since his return.

“I have improved by being an active fighter,” Parra Smith said. “I am learning on the job.”

Parra Smith has proven to be a quick study.

He opened his career with two straight setbacks, making his debut on Oct. 27, 2018 at the Emerald Queen Casino against rising star Cris Reyes, who currently holds an 8-0 record.

Parra Smith would follow up the losses by winning three out of his next four fights, including notching his first victory on March 23 when he knocked out Luis DeAlba.

After losing to talented Shae Green by decision, Parra Smith continued to showcase his power by scoring back-to-back KOs in his next two fights.

Jazza Dickens not worried about fighting in front of no fans

In addition to Parra Smith’s fight against Garcia, Battle at the Boat 124’s undercard will also feature a heavyweight clash between Dylan Potter and Jared Torgeson, Seattle’s Juan Jackson taking on Alex Cazac and Nick Vasquez facing Jose Cervantes in a 147-pound fight.

Battle at the Boat 124 Card