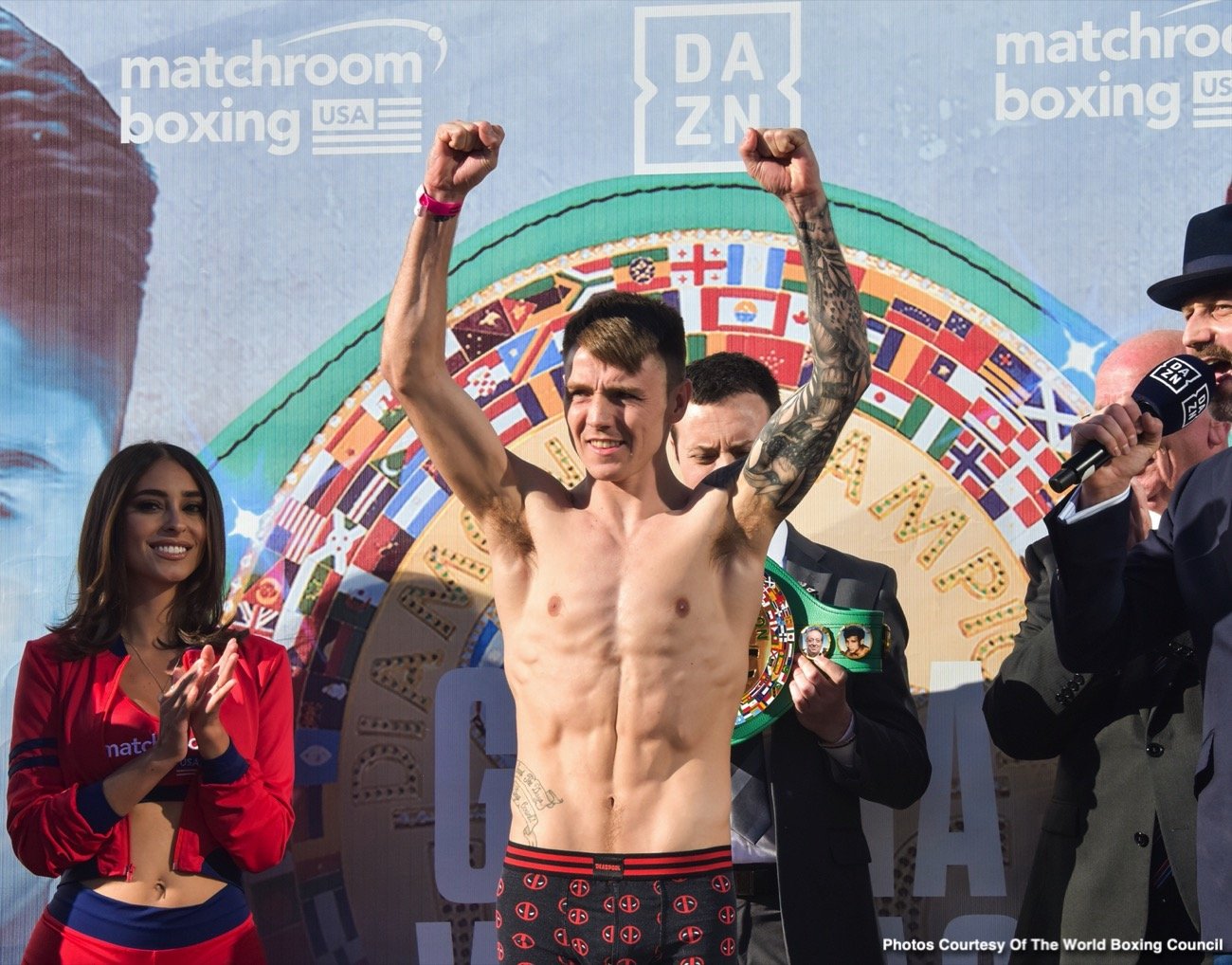 Marcel Braithwaite knows a win over Jay Harris can see him gatecrash the top of the flyweight division when they meet on Sunday’s action-packed #MTKFightNight.

Braithwaite (9-2) challenges Harris (17-1, 9 KOs) for his Commonwealth flyweight title against on a huge card at Production Park Studios in Wakefield on Sunday, live in the US on ESPN+ in association with Top Rank and worldwide on IFL TV.

Liverpool boxer Braithwaite is back following a good performance against Sunny Edwards in his last fight, and he wants to build on that showing by earning a win against Harris.

Braithwaite: “I’m excited to be back in the ring and grateful to be able to fight with everything that’s going on in the world at the moment. It’s been 10 months since I was last out so I’m looking forward to getting in there.

“I had a lot of positive feedback from my last fight against Sunny Edwards, but I didn’t win so I wasn’t happy. There were a lot of factors to overcome so we gained valuable experience, but it was back to the drawing board and we’ve made a lot of changes.

“I’m focused on moving forward in my career and in life. I said I would fight anyone and I’m a man of my word. Jay Harris fought for a world title in his last fight, and if I beat him it puts me right up there.

“I watched his fight with Martinez, and I don’t want to say too much on the matter, but there’s levels in boxing and we will see what level I’m at come fight night.”

Jay Harris introduced himself to the world with his superb performance against Julio Cesar Martinez earlier this year – and he hopes a win over Marcel Braithwaite this weekend can pave the way for another crack at world honours.

Welsh star Harris (17-1, 9 KOs) defends his Commonwealth flyweight title against Braithwaite (9-2) on a huge card at Production Park Studios in Wakefield on Sunday, live in the US on ESPN+ in association with Top Rank and worldwide on IFL TV.

It’s the first fight back for Harris since his great showing against Martinez for the WBC title back in February, and while he isn’t overlooking Braithwaite, he wants to move one step closer to another world title shot.

Harris said: “I’m very excited to get back in the ring. I’m expecting a tough fight as Marcel is going to come to win. He had a good fight with Sunny Edwards in his last outing, so I’ve trained hard and prepared for any sort of situation that Marcel is going to bring.

“It’s really good to get straight back into a competitive fight. I didn’t want anyone that I can just blow over in a couple of rounds as there’s no point and it wouldn’t be respected. This fight on the other hand is a great fight and I’ll have to be focused and on my game, so this gets me excited.

“I’m hoping to get another world title shot, but I’m not looking past Marcel. This fight is as important as any other fight, so I’ve just got to focus on the job at hand.”

Also on the bill on Sunday is a superb fight between two unbeaten fighters, as Michael McKinson takes on Martin Harkin, while former world champion Paul Butler goes up against Ryan Walker.