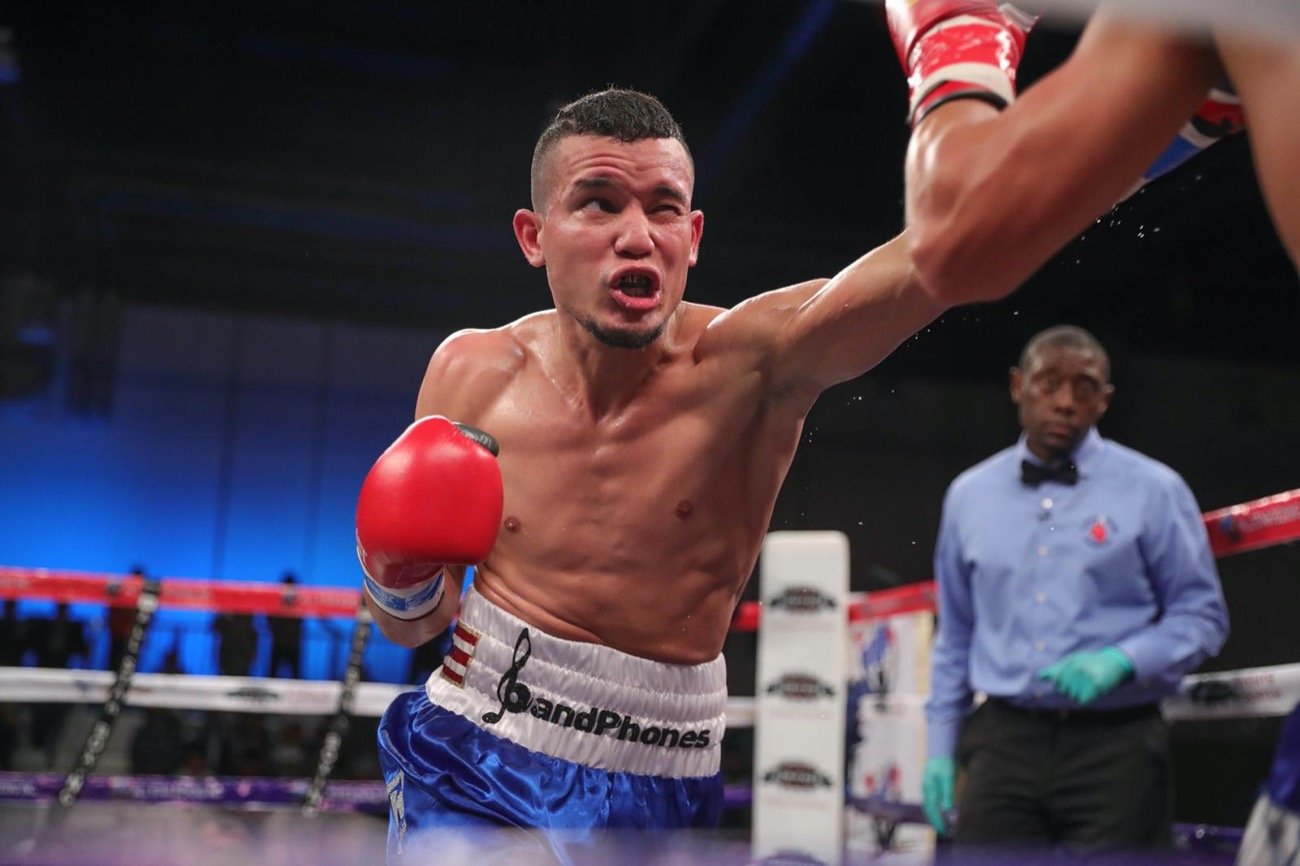 “We had a very good preparation without any setbacks, despite the challenges COVID-19 have presented us with,” said González. “I had the commitment of my coach and the colleagues of the Atlantic Boxing Club, who took care of themselves and took all the health measures to help me in the sparring sessions.”

González, who got an impressive victory last February in front of a full house in Kissimmee, will have a great challenge in his debut in Las Vegas when he clashed eight rounds against the 2008 Beijing Olympian, the Ecuadorian Luis Porozo (15- 2, 8KO’s).

“I know very well Porozo’s good reputation in amateur boxing and what he has done in professionalism,” said the 24 years old boxer. “He’s a strong fighter, who has fought up to 135 pounds. I recognize the challenge that will be before me, and that is why we had an intense preparation. It is a very important fight, due to the stage and the exposure that we will have. I know that with a strong win against Porozo, we will have great opportunities in the near future. ”

The match will be part of the “Top Rank on ESPN” card to be broadcast live (8:00 pm ET) on ESPN and ESPN Deportes.

LAS VEGAS (June 19, 2020) – A lineup of Premier Boxing Champions fighters highlighted by rising stars, top contenders and more, will appear on PBC social media platforms all next week to offer fans the latest during social distancing.

Former heavyweight world title challenger Gerald Washington will appear on the PBC Podcast with hosts Kenneth Bouhairie and Michael Rosenthal. The Podcast will be available on Wednesday, June 24 on the PBC website, iTunes, Spotify, Soundcloud, Stitcher, Spreaker and other outlets.

Unbeaten super welterweight sensation Sebastian Fundora will appear on “Going The Distance” on the PBC YouTube page on Thursday, June 25. Fundora will break down his showdown against Daniel Lewis at 4 p.m. ET/1 p.m. PT.

In addition, “PBC Replay” will feature a replay of the full televised card for the Adonis Stevenson vs. Thomas Williams event on the PBC YouTube page on Saturday, June 27 at 8 p.m. ET/5 p.m. PT.