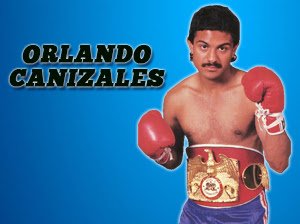 The International Boxing Hall of Fame announced today Hall of Fame bantamweight champion Orlando Canizales will return to Canastota to attend the Hall of Fame’s 30th Anniversary celebration during the 2019 Hall of Fame Weekend, June 6-9th.

“I am excited and looking forward to the 30th anniversary. I had the honor to be one of the inductees for the 20th anniversary, so 10 years later I am going back and I am thrilled about it,” said Canizales.

The slick-boxing Canizales won the IBF bantamweight championship with a 15th round TKO over Kelvin Seabrooks in 1988. Over the next six years, Canizales would successfully defend his title a division record 16 consecutive times, including wins over Paul Gonzales, Clarence “Bones” Adams, and Sergio Reyes. Canizales, whose brother Gaby was the WBA / WBO bantamweight champion, retired in 1999. The aggressive boxer / puncher posted a pro record of 50-5-1 (37 KOs). In 2009, Canizales was elected into the Hall of Fame.

“Orlando Canizales’ six year reign as bantamweight king was incredible and made the fighter from Laredo, Texas a star,” said Hall of Fame director Edward Brophy. “The Hall is looking forward to welcoming him back to Canastota as a Hall of Famer to celebrate the Hall’s 30th Anniversary.”