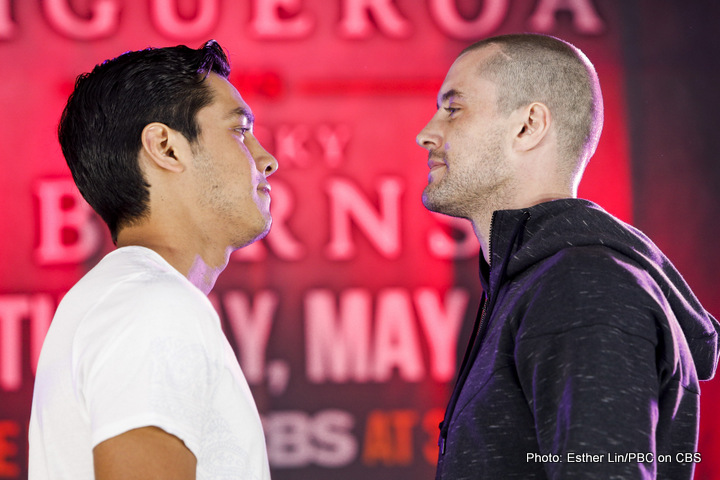 “I definitely feel more pressure but the good kind of pressure. I’ve thrived on pressure my whole life. I was a pitcher for a long time. I was a closer. So I’ve been in situations where it’s bases loaded and we’re down so many runs and I’ve got to keep the game close. This is what I live for.

“I haven’t seen any film of Ricky Burns. Haven’t watched him at all. But from what I’ve heard he’s a tough fighter in great shape, so if we go 12 rounds it’ll be a good 12 rounds. I’m going to go out there and give it my all and win in the most impressive way possible.

“I’m going to be a lot stronger at this new weight. I don’t know what to expect. I’m excited to get in the ring and find out.”

“When you’re in hard fights, that’s what brings out the best of you. I’m looking forward to getting in the ring and putting on a good performance and win some fans over here.

“It’s a very tough fight and we knew that before we took it. Figueroa likes to come forward and be aggressive, but that can be his downside because he takes a lot of shots. We’re prepared for whatever happens on fight night and the best man will win.

“Some people think I’ve come over here just to be an opponent but that’s not the case. I had a bad year but it’s all behind me. I’m going to get back to my winning ways.

“This is everything I’ve ever wanted to accomplish in boxing. It’s going to be a hard fight but by the time the fight comes it will be just about four weeks that I’ve been in Texas.

“I treat boxing as my job, when it comes to training and fighting I always give it 100 percent and leave it all in the ring and hopefully the fans will see that. Omar is never in a dull fight and I’m not one to back out.

“We’ve treated this fight exactly the same as any other. Even though we’re in his hometown, as soon as that first bell goes that’s when it’s going to count. It’s just me and him in that ring.”

“It is a dream come true to fight on a network like CBS. Millions are now going to get to know me, get to know my style. Boxing is changing and to be part of that is a great honor to me.

“It was not easy to relinquish my world title — I was the first Japanese to hold that title. It’s never easy to give up something that you’ve worked so hard for. But I respect the sanctioning body’s decision, they said I had to relinquish it and so I did. Now, I’m going for another title, and after that maybe unification.

“McDonnell is a good boxer. He knows how to box and knows his way inside the ring. Most British fighters do that, move around a lot. Its not an easy style to face, but my team and I have a great strategy and we are going to win, we are going to win by knockout.

“I love Mexico. I moved there when I was 15 with my family. I did all of my amateur and all my professional career there. I’m grateful to Mexico and all Mexicans for giving me so much.

“My team and the guys at the gym started calling me ‘El Mexicanito’ because I embrace Mexican culture as my own. I love the food, the people and of course the Spanish language. I struggle with it at first, but now I think I got it mastered.”

“I think Kameda is a bit scared and a bit intimidated by my size. I genuinely believe I am going to knock him out. I’m too big and too strong.

“I’ve been a world champion for a couple of years now. I’m ultra-confident for this fight. It’s the best I’ve ever felt. I’m really looking forward to it.

“I want the best life possible for my wife and baby daughter. To do that I have to beat him.

“My losses were six years ago and I didn’t even really believe in myself at that time. I’ve gone through every experience that you can in that time and I bring everything to the table.

“Fans can expect to see a lot of heart. I can take a punch, I can give a punch. It’s an interesting fight and it’s a chance for me to showcase what I’m all about on this great stage here in America.”

“As far as my opponent dropping out at the last minute, disappointment is kind of an understatement. But I’m trying to keep it classy, so I’ll stick with disappointed. I’m not surprised though.

“The day I heard that he pulled out it definitely changed my mindset, but I had to find that focus and realize that we still have work to do.

“It’s an honor to be part of this whole PBC on CBS card. I feel like this is the resurgence of boxing – brining it back to the golden days. For me to be a part of that was one of my goals when I turned pro. I wanted to be a part of the comeback of boxing. 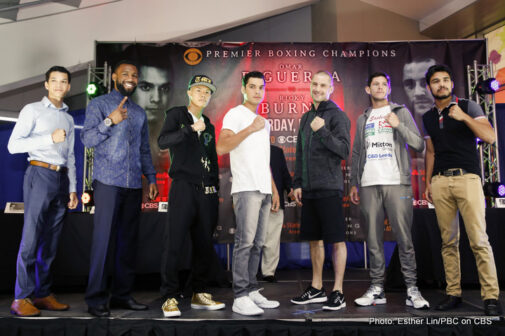 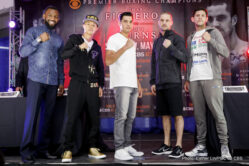 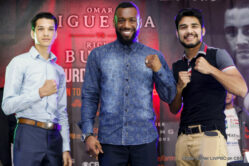 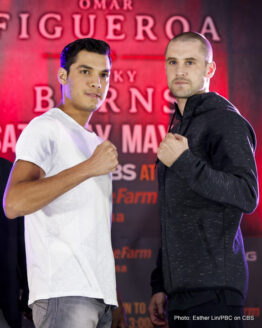 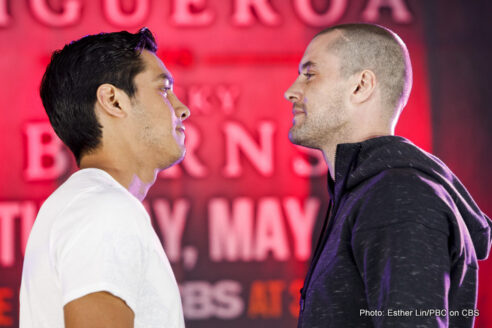 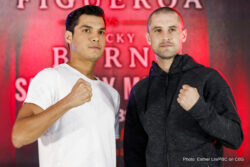 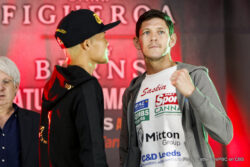 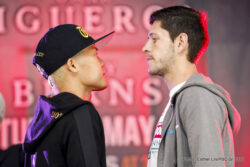 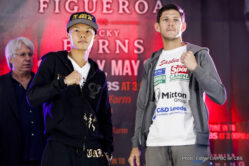 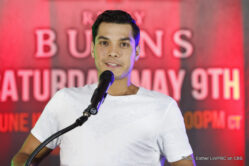 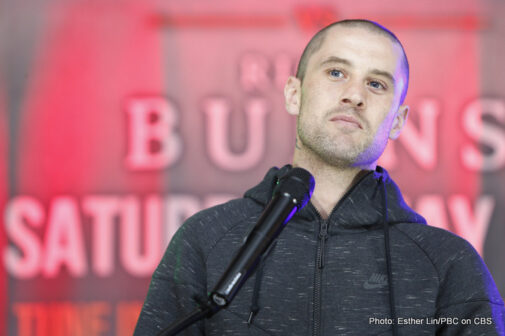 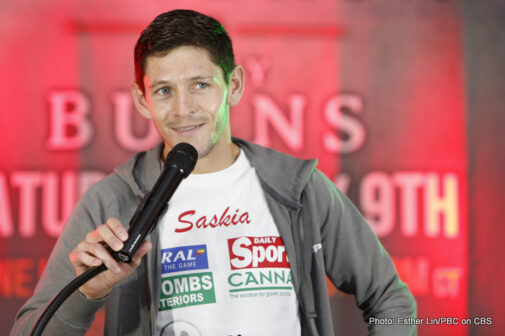 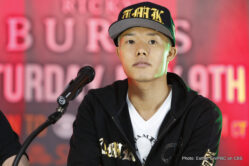 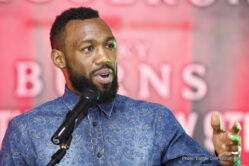 STACKED UNDERCARD COMES TO HIDALGO, TEXAS ON SATURDAY, MAY 9 AT STATE FARM ARENA

HIDALGO, TEXAS (May 7, 2015) – A full day of exciting undercard fights come to State Farm Arena in Hidalgo, Texas on Saturday afternoon, May 9 as local fan favorites and top prospects will look to make their marks on the boxing world. This includes former world champion Austin “No Doubt” Trout (28-2, 15 KOs), who battles Luis Galarza (21-3, 15 KOs) in super welterweight action .

A former world champion who defeated Miguel Cotto in 2012, the 29-year-old Trout looks to make it three victories in a row on May 9. He also owns victories over Delvin Rodriguez, Daniel Dawson and Rigoberto Alvarez, in addition to his 2004 U.S. Championships gold medal. Fighting out of Las Cruces, New Mexico, he takes on the 33-year-old Galarza out of El Taino, Puerto Rico.

Some of Texas’ hottest prospects round out the card as Omar’s brother, Brandon Figueroa (pro debut) takes on Hector Gutierrez (2-7) in a four round featherweight bout while Mario Barrios (8-0, 5 KOs) looks to remain undefeated against Jose Del Valle (4-10-1, 3 KOs) in six rounds of action in the super featherweight division.

After a long career having fought mostly in Mexico, the 26-year-old Medina burst onto the scene with a thrilling knockout over previously unbeaten J’Leon Love in Aug. 2014. The fighter out of Hermosillo, Sonora, Mexico added two more victories since then and looks for a third when he takes on the 35-year-old Miller out of Arboletes, Colombia.

An undefeated fighter making his 2015 debut, the 22-year-old Flores out of Morella, Mexico will take on an experienced fighter in the 28-year-old Meraz out of Agua Prieta, Sonora, Mexico. Another fighter looking to keep his perfect record intact, the 25-year-old Price out of St. Louis takes on the 27-year-old Ovalle from Mercedes, Texas.

Representing New South Wales, Austraila, Lovett turned pro in 2010 and has yet to drop a fight in his first 11 bouts. The 30-year-old takes on the 28-year-old Watkins out of Morgantown, West Virginia.

After picking up his third straight victory in March, the 26-year-old Prado returns to the ring looking for a fourth win in a row. Fighting out of Reynoso, Mexico, he faces the 27-year-old Rosas out of Nuevo Laredo, Mexico.

A 2004 Puerto Rican Olympian, the 30-year-old Velasquez has been perfect since his lone loss to Rico Ramos in 2013. The fighter out of Catano, Puerto Rico hopes for his fourth straight victory when he battles the 36-year-old Ruiz out of Santa Clarita, California.

Fighting in his home state and representing San Antonio, Barrios looks for his second victory of 2015 on May 9. The 19-year-old hopes to build on his momentum when he squares off against the 25-year-old Del Valle out of Bayamon, Puerto Rico.

The brother of headliner Omar, Brandon Figueroa will make his pro debut at 18-years-old just miles away from his hometown of Weslaco, Texas. His opponent is the 27-year-old Gutierrez out of Mission, Texas.

A pair of swing bouts feature 23-year-old Houston native Karl battling the 32-year-old Hall out of Jackson, Michigan and the 20-year-old Alvarez from McAllen, Texas who faces 29-year-old Espinoza from San Antonio.