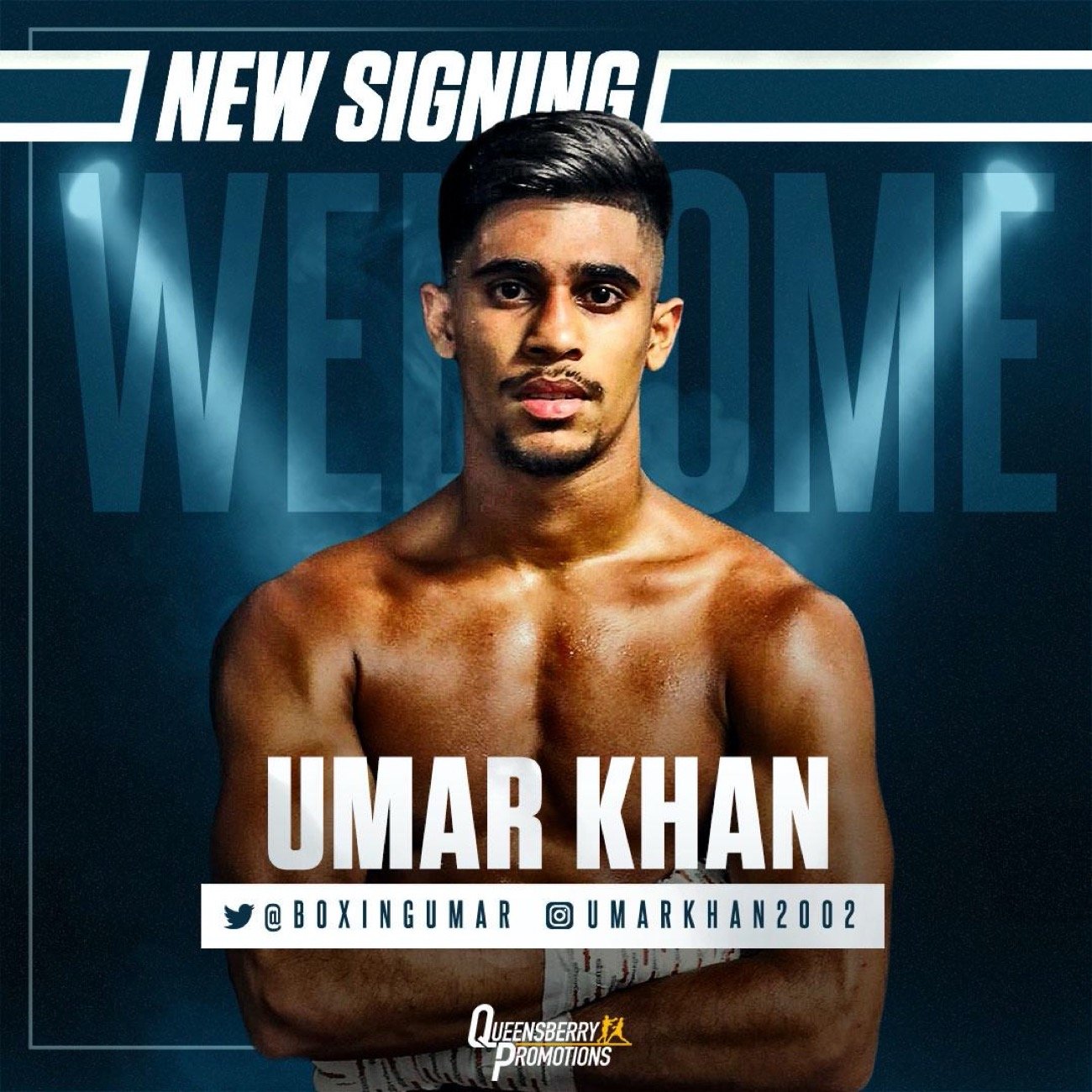 The 18-year-old, who did not hold extensive ambitions in the amateur code, clocked up 28 wins from 32 fights and became a national champion, but his heart was firmly set on turning pro and following in the footsteps of his cousin Hamzah Sheeraz, the WBO European super welterweight champion, who is making huge strides in the sport.

“It is crazy and almost surreal for me,” said the super bantamweight on signing with a Hall of Fame promoter to launch his career. “It is like a dream come true and I have known about it since my birthday in May.

“I just used the amateurs for experience and it was never my dream to be a star at that level. My heart was set on the pro game.

“I started boxing at 13 and I was more of a footballer before that, but the football season was finished and my brother went to the boxing club so I went with him. From that moment I just fell in love with it.

“I don’t want to sound cocky, but I think I had a natural ability for it from day one.”

Umar has a role model very close to home in cousin Hamzah, who is blazing a trail in the professional ranks and tipped for the very top by promoter Warren. The newcomer knows where to look for inspiration.

“It has been crazy and since I have been coming up I have seen him progress,” he said of his 11-0 family member. “Seeing him have such success just makes you want to do it yourself and get into his position one day.

“Hamzah is class,” added the Ilford-based Umar, who hedged his bets when asked what style of fighter we can expect to see when he gets to make his professional debut later in the year.

“That is a difficult question. It depends what day it is because sometimes I box and sometimes I fight. If I have to fight I will but I suppose it is best to avoid it.

“Hopefully I will get to show what I can do by the end of November.”

Team Sauerland are delighted to announce the signing of standout Danish star Oliver Zaren (2-0, 2 KOs) on a long-term promotional deal.

The 20-year-old from Roskilde, who is trained by five-time World Champion Mikkel Kessler, is one of the most exciting fighters to come out of Denmark in recent years. A four time national champion who is undefeated after two paid bouts, Zaren will be making his promotional debut on September 26th in Struer.

“I have always dreamed about signing with Team Sauerland,” said Zaren. “I’ve always followed them and watched their fighters. From the moment I started boxing, I said if I turned pro, I want to sign with Team Sauerland, and now I’m here. This is a very big thing for me.”

With Sauerland as his promoter and Danish boxing legend Mikkel Kessler as his trainer, Zaren believes he has the perfect team to bring him to the top.

“I would definitely call it the dream team,” he says.

“My relationship with Mikkel is very good. He has always been a big inspiration for me. When I was little and he was in the Super Six, my Dad used to wake me up in the night so that I could watch his fights. He is training me together with Thomas Macon. We have a really good connection.

“I want to be the best and I want to impress. I know Team Sauerland can help me reach my potential. They can give me big fights and that’s what I want.”

Mikkel Kessler is full of praise for his protégé and says he has made the right decision signing with his former promoter Team Sauerland.

“Oliver has huge talent and he’s working very hard,” said ‘The Viking Warrior’. “Of course anything can happen at a young age but I see a fabulous talent. He’s got the skills, he’s got the reach, he can fight left hand, right hand, so he can go all the way. The best thing about signing with Team Sauerland is I know they can take you to the top levels and that’s why he is signing with them.”

Promoter Nisse Sauerland sees huge potential in his latest signing and believes Zaren can already stake his claim as the best super middleweight in Denmark.

“We believe Oliver is the future of Danish boxing,” he says. “With Mikkel and Thomas in his corner, he has a world-class training team, which combined with our expertise, can bring him to the very top of the sport. I already see him as the best 168lber in Denmark, and I include Patrick Nielsen in that list. I would happily put him in with Patrick next. Like his trainer, this guy is a future world beater!”

Zaren will be fighting on the undercard of Dina Thorslund’s WBO Female World Super Bantamweight title fight with Nina Radovanic on September 26th at the Struer Energi Park. Tickets are available online via www.ticketmaster.dk.