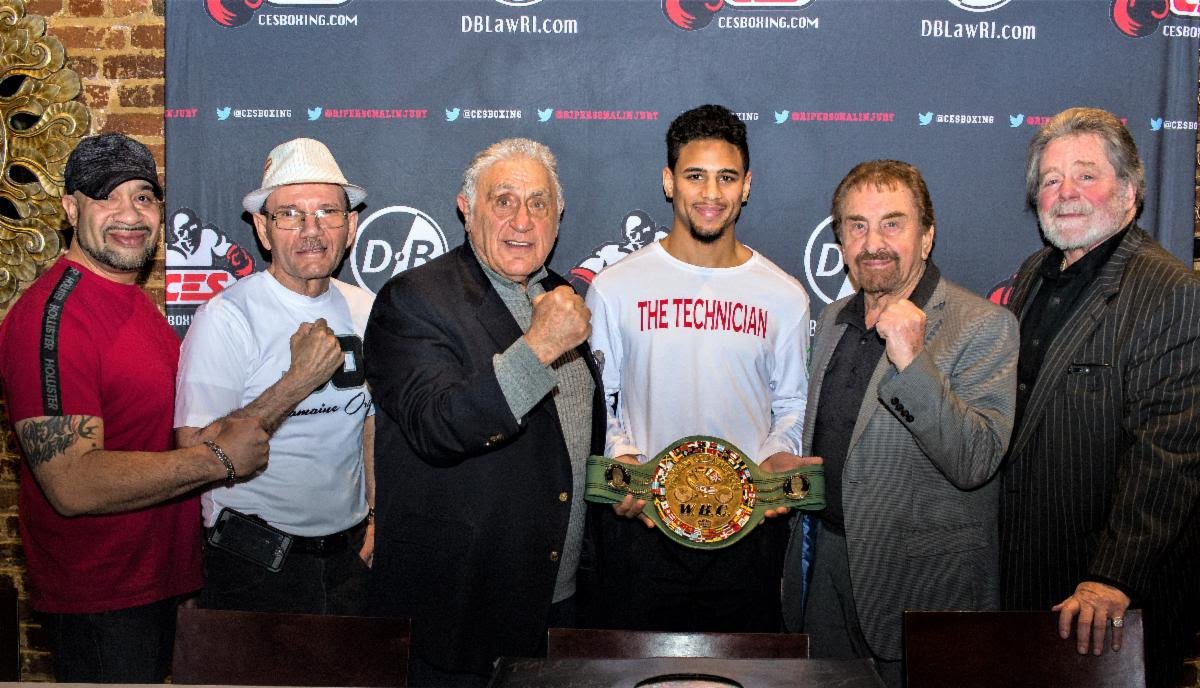 Ortiz will headline a CES Boxing on UFC FIGHT PASS® event, promoted by Classic Entertainment and Sports (CES), at the historic Worcester Palladium. His opponent in the 8-round main event will be Mexican knockout artist “Loco” Luis Ronaldo Castillo (22-5, 17 KOs), a former WBC FECOMBOX lightweight champion.

“I’ve never fought in Worcester as a professional,” Ortiz said at a recent press conference. “I’ve wanted to do this bad to let people in Worcester see what it has. It’s going to be extra special because two of my closest friends, Irvin Gonzalez and Kendrick Ball, Jr., are also fighting on this card. We’ve fought together since we were kids.”

The 23-year-old will not be defending his WBC Youth World title, because he will relinquish his belt in April, when turns 24 and becomes ineligible in terms of the age requirement (23 and younger).

“Jamaine had one of the most prestigious amateur careers ever in New England,” Ortiz’ promoter Jimmy Burchfield (CES Boxing) said. “He already owns the WBC World Youth title and has World Champion written all over him.”

“The Technician” is fine tuning his game and he’s already looking ahead to the not too distant future.

“I’m very excited to be fighting February 28th for the first time in Worcester,” Ortiz added. “It’s an exciting card with action-packed fights. I expect it’ll be sold out and hope so, because I want to prove to my city, my promoter, and local businesses that big-time boxing belongs here and will be supported by Worcester. In 2021, I want to bring world championship boxing to the new baseball stadium (Polar Park, the future home of the Worcester Red Sox, Triple A affiliate of the Boston Red Sox) across the street that will seat 10,000.”

To sign up for UFC FIGHT PASS, please visit www.ufcfightpass.com.

Tickets are on sale and available to purchase at CESBoxing.com, the Palladium box office or from Team Ortiz. Doors open at 6 p.m. ET, first bout at 7 p.m./ ET.