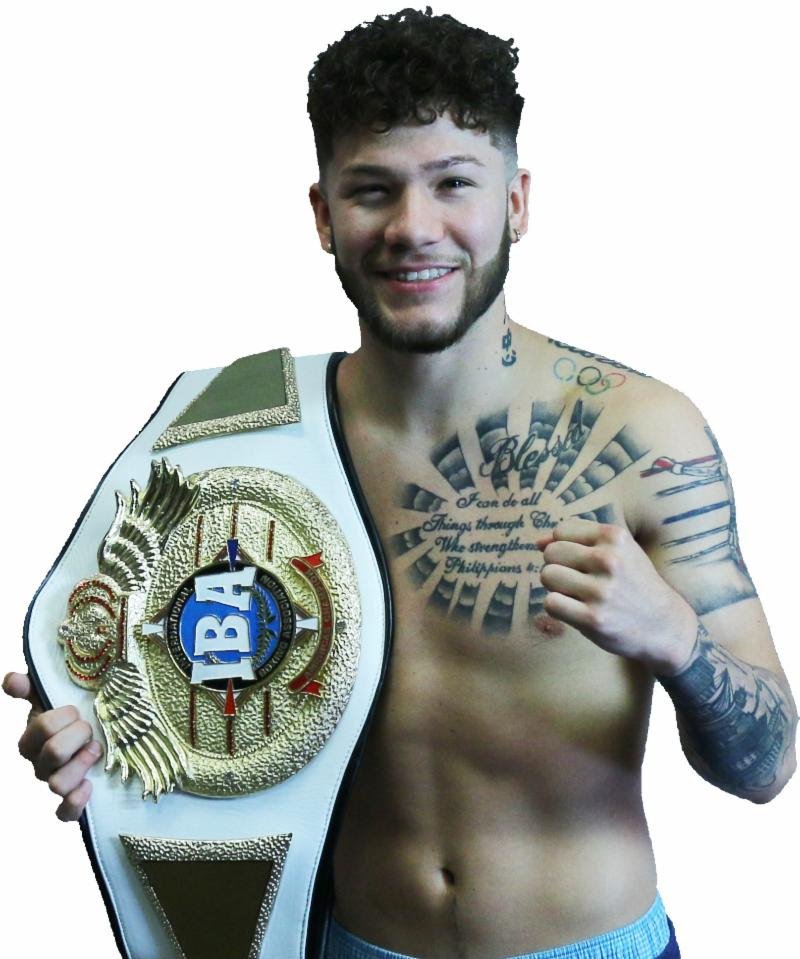 The winner of the 12-round main event — the first world championship boxing match ever held in the state of Kansas — between Wichita-native Hernandez, 21, and his 19-year-old Hungarian opponent, Kanalas, will become the youngest ever IBA World champion. If Hernandez emerges victoriously, he will also set a record for fewest professional fights needed to win an IBA World title (5).

“I think that says how skilled a fighter I am and that I’m ready to compete with the best in the world,” Hernandez responded to being asked what it says about him fighting for a world title in only his fifth pro fight. “But I look at every fight the same and I never underestimate my opponent. I’ve been training just as hard for this fight as for any of my other fights. The only difference this fight is that I’m training to go more rounds.

“I’ve been making history since I was a kid. I’ve always been on top and the one to beat, so I feel like this is another step I’m taking forward in my career. I also hope to be a role model, not only for kids, but also people older than me, and to bring more events and excitement to my city. I love fighting anywhere in Wichita because of the support I get from my hometown fans. This fight (at Kansas Star Arena where he made his pro debut) will definitely bring back some good memories.”

“I’m not really worried about my opponent,” Hernandez added. “I just focus on what I need to do because, if I’m on my game and trained hard, nobody can be me except me! I’ll be prepared to anything and one of my best assets in the ring is adapting. I’ll see how I’m feeling after the first round. I’m not going into the ring looking for a knockout, but I don’t plan on this fight going 12 rounds.”
Hernandez can join other US Olympians who were IBA World champions such as Hall-of-Famers Oscar de la Hoya and George Foreman, along with stars such as Roy Jones, Jr. and Antonio Tarver.

Another heavyweight also fighting on the televised segment of the show is undefeated Ukrainian heavyweight prospect Oleksandr Teslenko (12-0, 10 KOs), fighting out of Toronto, against to soon be determined.

To watch “SUPERBOX LIVE: High Stakes” live in Canada, showcasing undefeated Canadian heavyweight Teslenko, in addition to more exciting boxing to come in 2018, fight fans can contact their local cable provider to subscribe to Super Channel and all that it offers, including premium series, movies and much more, for as low as $9.95 per month.

Venum (www.venum.com) has been named the official gloves and apparel of SUPERBOX LIVE.