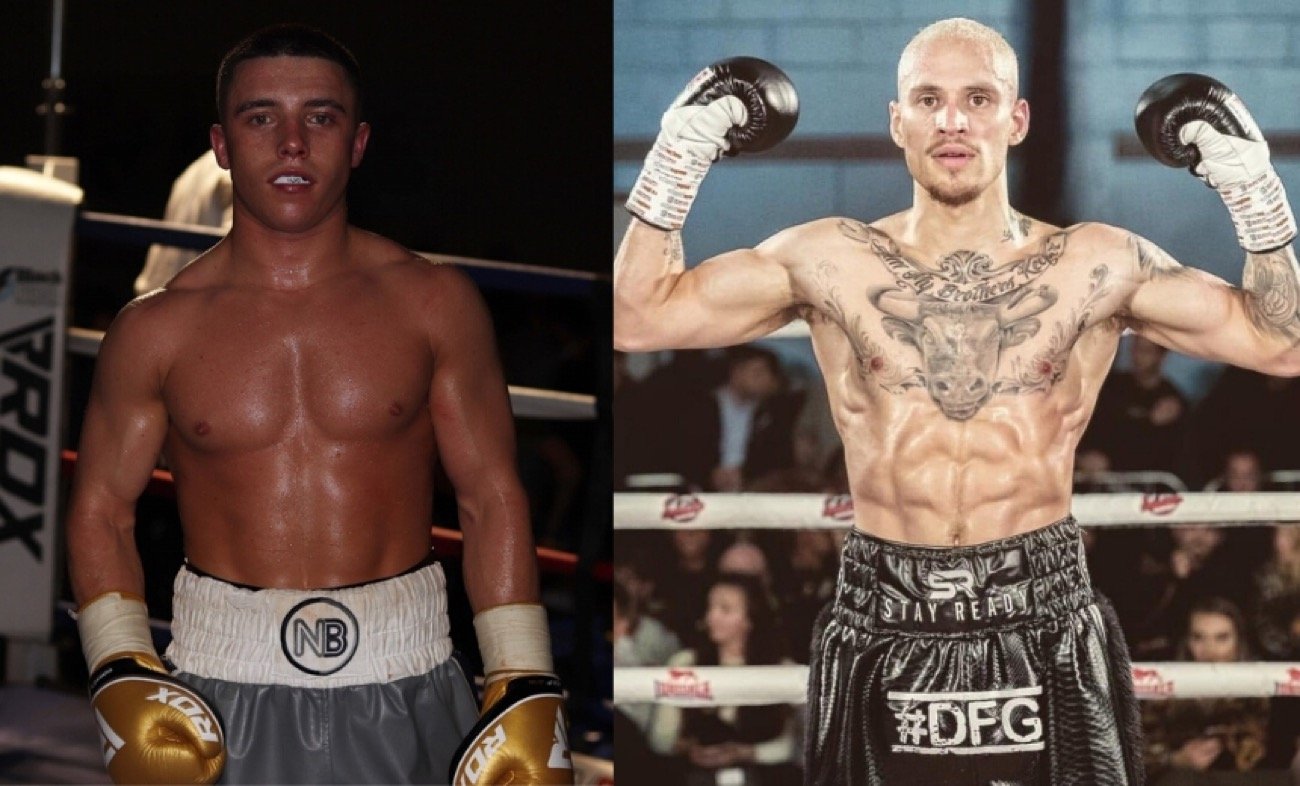 Ball and Campbell put their perfect records on the line

The undefeated prospects both put their perfect records on the line on the third show of five scheduled Queensberry Boxing events over the summer, as champion Lyndon Arthur (16-0, 12KOs) and challenger Dec Spelman (16-3, 8KOs) headline in a Commonwealth light-heavyweight title clash.

Trained by Xavier Miller – Dillian Whyte’s new trainer – at the IQ Boxing Gym in Neasden, the undefeated Londoner raced to 6-0 within 15 months of his pro debut before lockdown forced everyone to come to grinding halt.

Both unbeaten boxers are making their TV debuts when they meet on the last day of July.

Training out of the century-old Everton Red Triangle Gym in Liverpool under the watchful eye of respected trainer, Paul Stevenson, Nick Ball has already fought on a Frank Warren show before when he stopped Johnson Tellez (10-49-5) last November at an annual charity event at the Hilton Hotel in Mayfair, with Tyson Fury watching from ringside.
The ‘Wrecking Ball’ has stopped six of his last seven opponents, all within the space of a year-and-a-half.

The 23-year-old began boxing as young as six and was crowned a CYPs champion, Junior ABAs champion, Tri-Nations gold medalist, as well as representing England and winning 23 from 25 bouts.

Signed to Frank Warren, Ball was pleased to discover the news of his next fight being announced, “It means a lot to be fighting on BT Sport because that’s where I belong. I’ve got a great opportunity to show everyone what I’m about, thanks to Frank Warren.”

Ball has taken on a fellow unbeaten fighter before, in his fifth fight, when he stopped Brian Phillips (4-0) in the second round in July 2018 and claims that records don’t mean anything to him, “I don’t know anything about him, to be honest,” he was quick to admit. “I hadn’t heard of him before fighting him, so don’t really know much.

“I train the same for every fight, I push myself to my limits in every session, I treat every fight like a world title fight, so it’ll be the same but different opponent.”

On fighting behind closed doors, Ball is fully prepared for the unusual conditions he’ll be performing in, “You’ve got to stay switched on and focused, not get distracted. There’s no crowd there but got to remember that you’re on tele, it’s your shot you’ve been waiting for, so make the most of it.

“I watched the Foster-Beech show on Friday and you can hear the shots so much more and it comes across more brutal, so I reckon it’s good to get viewers seeing and hearing what it’s really like up close. It’s hard to explain until you’ve actually done it.”

Ball last fought on February 28 on a Black Flash Promotions event at the Grand Central Hall in Liverpool, halting his durable opponent Ivan Godor (20-72-4) at the end of the first round.

Ball’s teammates Brad Strand (3-0, 1KO) and Andrew Cain (5-0, 5KOs), similarly signed to Warren, will also appear on the card, which has given all three good preparation to be able to train and spar together.

“It’s good because we’re all training together, fighting together, and making our BT Sport debut together,” Nick enthused. “Lockdown has given us this opportunity and we might not have got a shot on a big show otherwise, so can’t really complain. Can’t be negative and got to be prepared for it.”

23-year-old Strand was crowned ABA Elites champion in 2018, finishing his amateur career with a record of 55 wins and 15 defeats.

The 5ft 7in-tall, all-rounder, who likes boxing at range, has a huge test ahead of him in opponent Brett Fidoe (13-62-5, 6KOs), who always provides a tough challenge and good performance in every contest, and has only ever been stopped once in his 80-fight career.

Five-time national amateur champion, Andrew Cain, also 23, has knocked out all of his opponents so far. Three of his foes were dispatched in just the second round, one making it as far as the third, and his last opponent was felled in the first.

His professional debut was televised on BoxNation TV, so this will be the second time in his career performing in front of the cameras.

The five-fight card will also see Belfast boxer Caoimhin Agyarko (6-0, 3KO’s), as he returns to middleweight action in a 10-round contest. Known as ‘Black Thunder’, the Irishman had over 130 fights as an amateur, 40 of those representing Ireland, only losing 11 times.