[London, July 27, 2020] A new boxing management game app that gives gamers and boxing fans the chance to walk in the shoes of the world’s leading trainers and promoters, has launched exclusively on the App Store today. 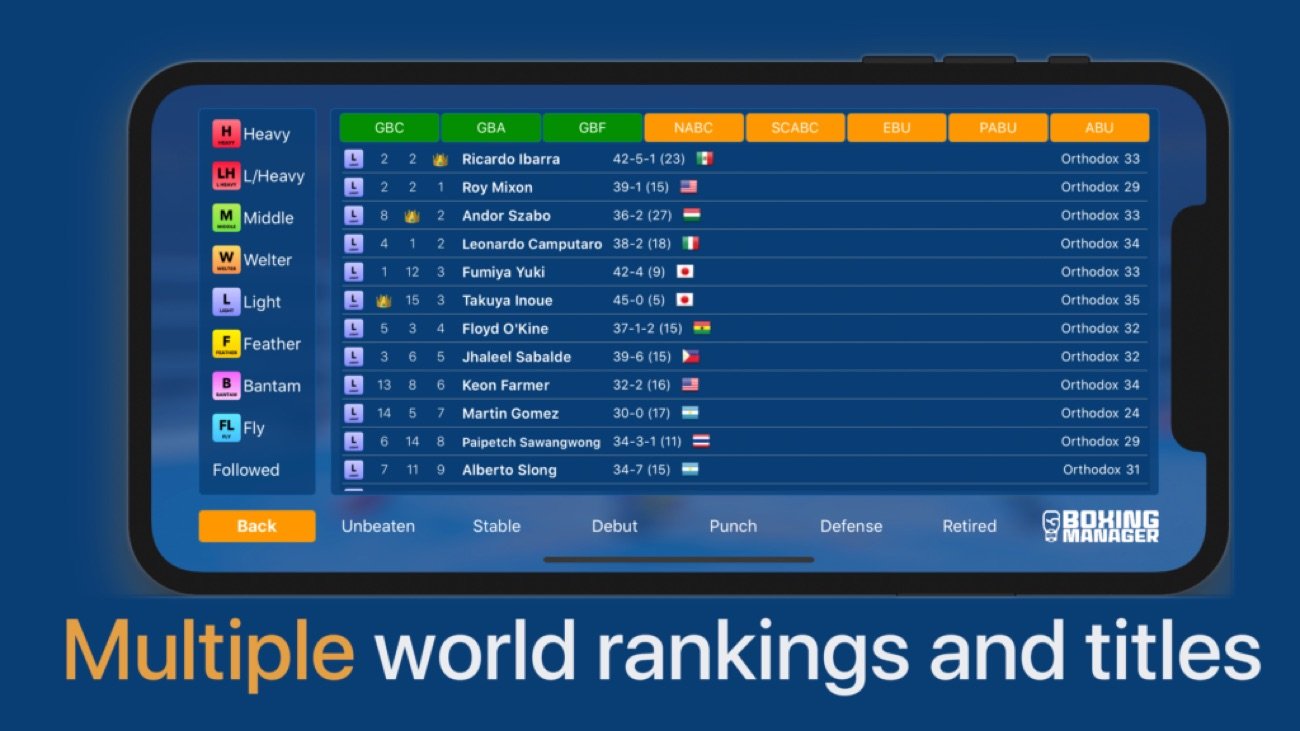 Boxing Manager challenges players to enter a virtual universe where they select and train a stable of boxers in their very own gym and work their way through the ranks in pursuit of winning world titles.

The new release follows on from the highly acclaimed and best-selling World Title Boxing Manager, which has achieved over 80,000 paid downloads and been a top 10 rated game on the Apple Store in the UK for the past two years, with an average rating of 4.4 stars from almost 7,000 reviews.

Working exclusively on iPhone and iPad, Boxing Manager has been developed with more than two years of extensive user feedback to provide the most detailed and authentic boxing management game ever created. 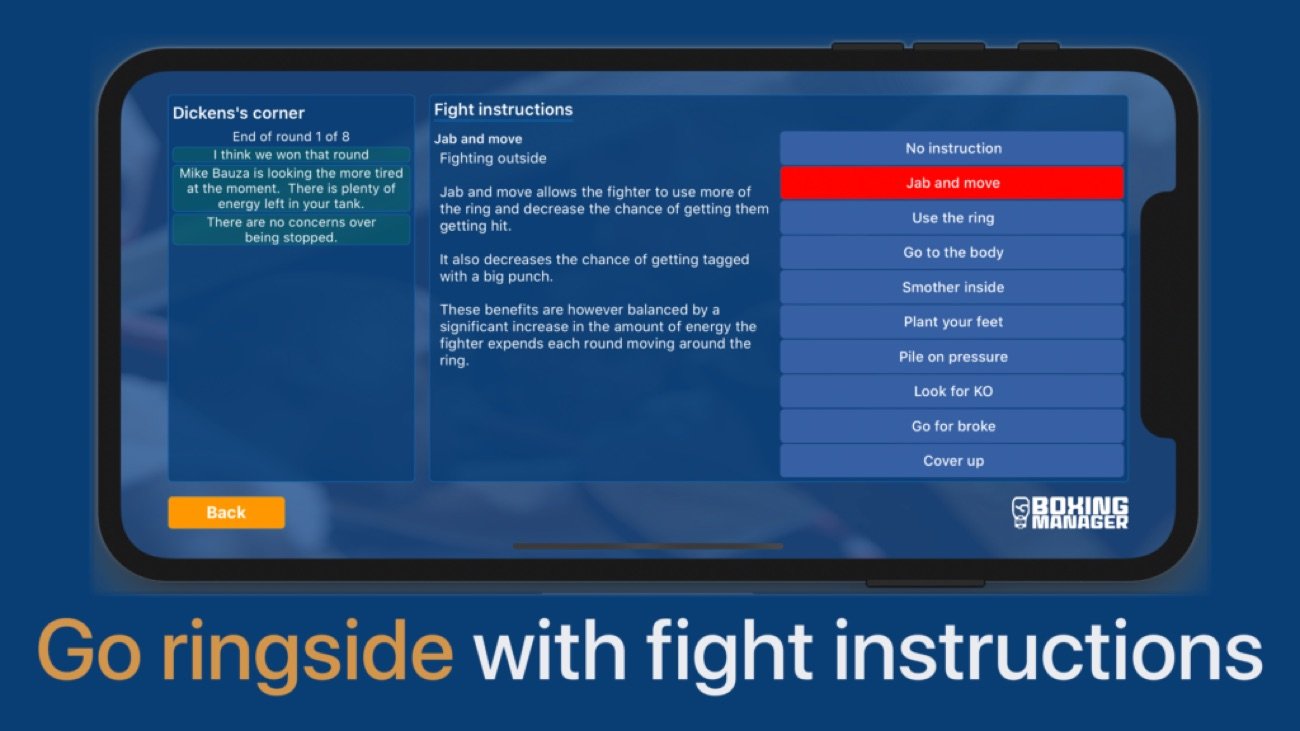 The creator of the series, Alex Deacon, is a product designer expert and previously Sports Director at Betfair. Fusing his lifelong passion for boxing and his experience of being part of the team that created Championship Manager 2 and 3 in the mid 1990’s, the origins of Boxing Manger were conceived and designed during this period.

Commenting on the launch of the new Boxing Manager app, Alex Deacon, said: “Boxing Manager has been created by a boxing fan for boxing fans. The game has been built on years of experience and extensive player feedback, which has enabled us to generate a gaming experience that both boxing purists and the wider gaming community can enjoy. Boxing Manager provides a unique virtual boxing universe – generated in real-time – it is now the most detailed, realist and authentic boxing management simulator game on the market.

“The goal has always been to produce the ultimate boxing management experience and build a simulator series for boxing that rivals the quality and user experience of similar style games for other sports. This is boxing’s equivalent of the Football Manager series. It’s the game fight fans, and simulation gamers, have been waiting for”, he adds.

Game features and highlights for Boxing Manager include:

Create a stable – choose from over 3,000 unique boxers in every game, with the ability to pick from a vast array of virtual fighters in different weights, abilities and nationalities.

Train champions – configure custom training plans for your fighters and select opponents and strategies as they attempt to climb the rankings and fight for titles.

Develop your fighters – as your fighter gains experience use that to develop individual attributes to improve fighters the way you want them to. 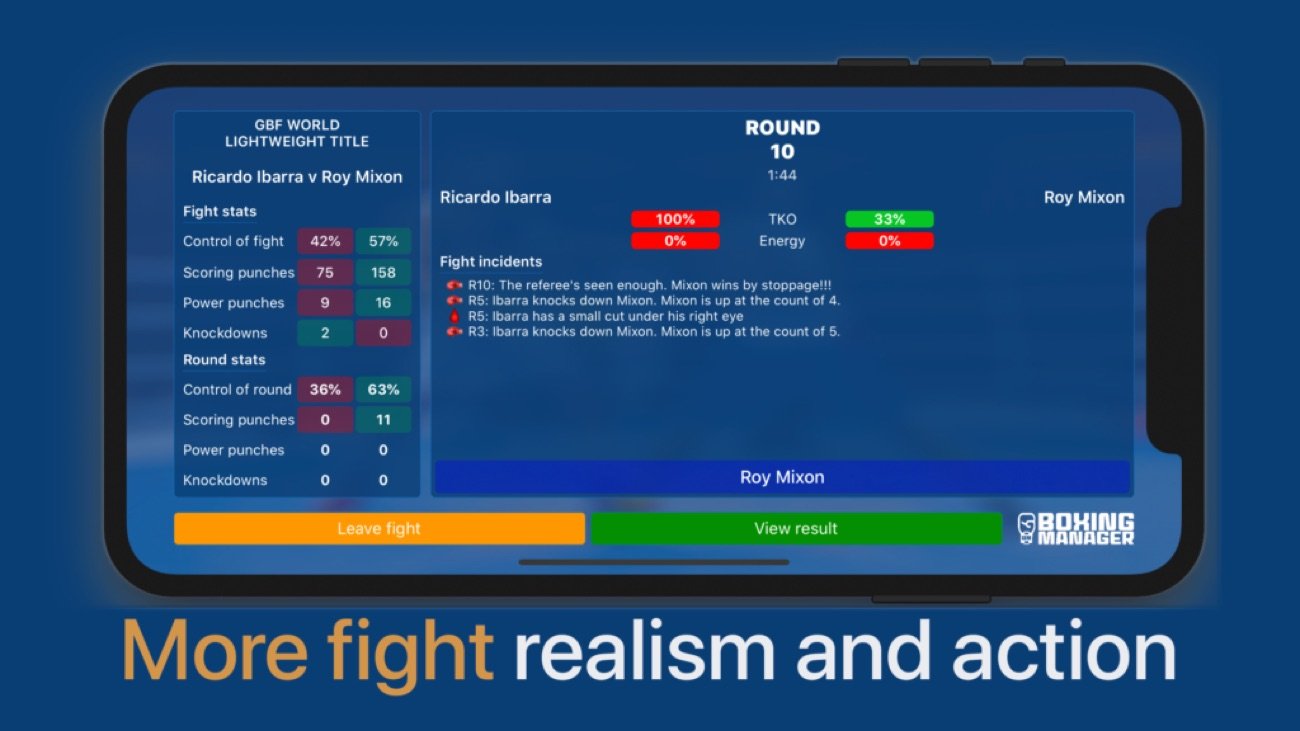 Multiple World Titles – three separate world titles and rankings are yours to win, together with five regional rankings, in each weight category.

Matchmaker – plot a course for your fighters from the bottom of the rankings all the way through to the world title using the matchmaker tool.

Multi-weight champions – select and train fighters from Flyweight to Heavyweight and move up through the weight categories in a bid to become the next Manny Pacquiao or Canelo Alvarez.

Live fight view – go ringside for every fight and use round-by-round stats capturing every punch and every knockdown to advise your fighters and influence the outcome of fights.

Build gyms – extend your network of gyms to sign fighters from across the vast game world of over 3,000 fighters unique to every game.

Players new to the game can get tips on how to get started by visiting the Boxing Manager YouTube channel.

Boxing Manager is available to download now for iPhone and iPad via the App Store for £4.99. For more information visit theboxingmanagergame.com.