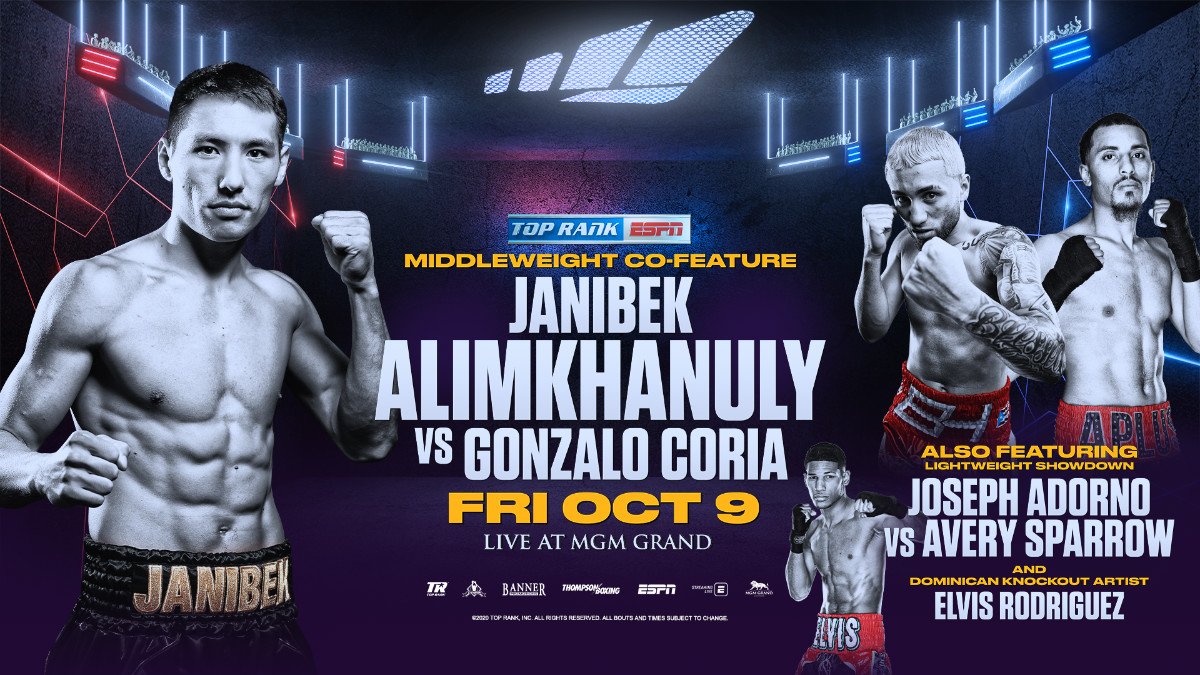 Alimkhanuly-Coria will serve as the co-feature to the vacant WBO featherweight world title fight between Emanuel Navarrete and Ruben Villa. Both bouts will be televised LIVE on ESPN beginning at 10 p.m. ET.

Undercard action, including a 10-round lightweight showdown between Joseph “Blessed Hands” Adorno and Avery Sparrow, will stream live on ESPN+ at 7:30 p.m. ET. The ESPN+ stream will also see junior welterweight knockout sensation Elvis “The Dominican Kid” Rodriguez against veteran spoiler Cameron Krael in an eight-rounder.

“Janibek is a future world champion, and I expect him to take advantage of the ESPN platform,” said Top Rank chairman Bob Arum.

“Elvis Rodriguez is a born puncher and a splendid young talent, but Krael is not an easy out. Joseph Adorno can prove a lot with an impressive showing over Avery Sparrow.”

Alimkhanuly (8-0, 4 KOs) turned pro in October 2016 after concluding a sterling amateur run for his native Kazakhstan, which included gold medals at both the Asian and World Championships in 2013 and a berth at the 2016 Rio Olympics.

He makes his 2020 debut after going 4-0 in 2019, a year in which he won the WBC Continental Americas and WBO Global belts. Alimkhanuly last fought Nov. 9 on the Jamel Herring-Lamont Roach Jr. undercard in Fresno, Calif., and he knocked out veteran Albert Onolunose in six rounds.

Coria (16-3, 6 KOs) is coming off a career-best performance last June, a 12-round unanimous decision over Marcos Reyes in Reyes’ hometown of Chihuahua, Mexico.

“I’ve been out of the ring for a long time, and I’m very anxious to return,” Alimkhanuly said. “I had a great training camp with Buddy McGirt and excellent sparring partners.

This is the next step as I prepare to fight for a world title in the near future. I can’t wait for Oct. 9 to show my fans ‘Qazaq Style.’”

Adorno (14-0-1, 12 KOs) has not fought since a January draw against Hector Garcia, and he recently had his scheduled June 23 bout canceled after falling ill before the weigh-in.

Adorno, who has wowed audiences with his highlight-reel knockouts, looks to regain his career momentum with an impressive showing against Sparrow (10-2, 3 KOs). 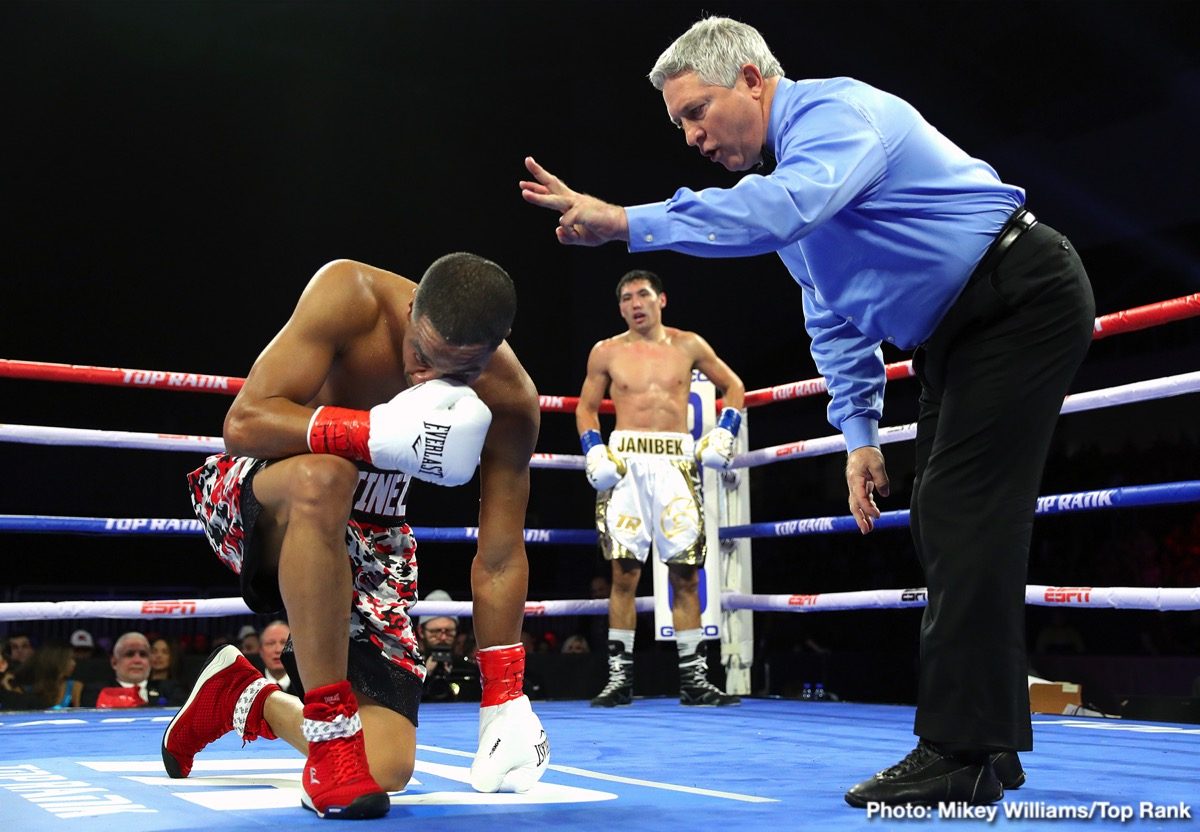 A veteran of Philadelphia gym wars, Sparrow is coming off a competitive decision defeat June 25 to the unbeaten Abraham Nova.

He took the Nova fight on short notice, but with a full training camp to prepare for Adorno, Sparrow hopes to graduate from prospect-tester to contender.

Rodriguez (9-0-1, 9 KOs) emerged as a “Bubble” superstar, having won three bouts by stoppage in three rounds or less. On July 2, he knocked out Danny Murray in the opening round.

Nineteen days later, he stopped Dennis Okoth in the second round. In his last bout, Aug. 29, on the Jose Ramirez-Viktor Postol undercard, he knocked out Cody Wilson in the third round.

Krael (17-16-3, 4 KOs) has four wins over previously undefeated prospects, four defeats by split or majority decision, and only one knockout loss.

In 2016, he pushed Egidijus “Mean Machine” Kavaliauskas to the limit before losing an eight-round unanimous decision.

In other undercard bouts: