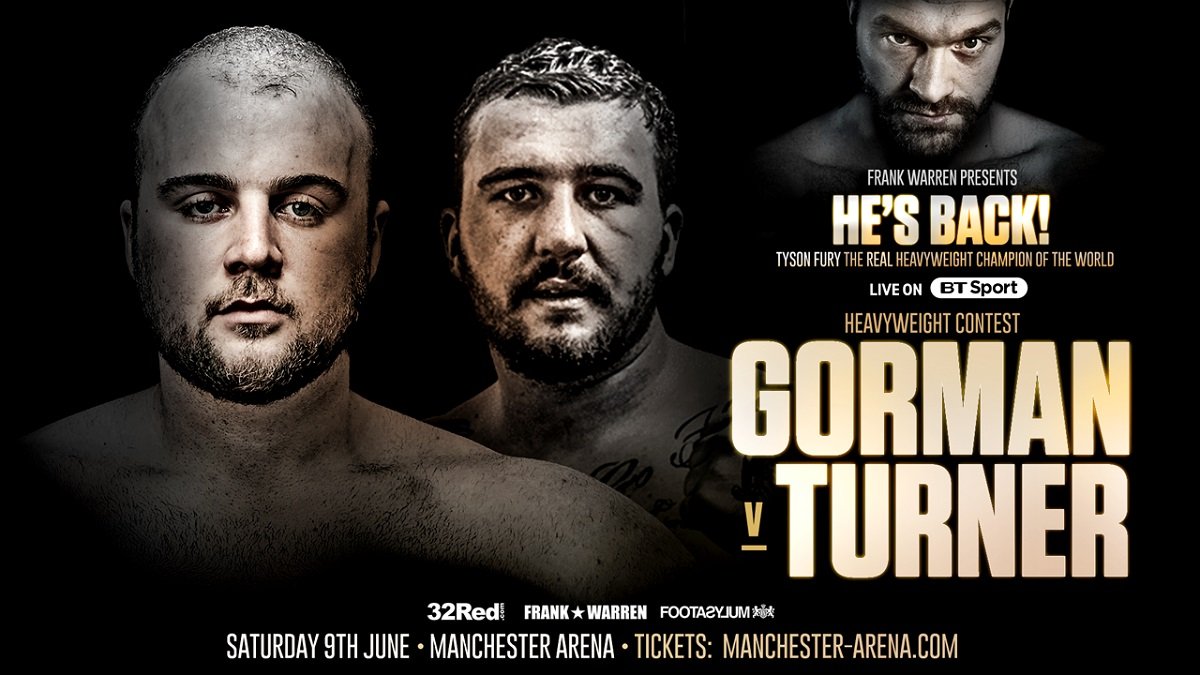 Ricky Hatton-trained Gorman is quickly making a name for himself as one the of the Heavyweight division’s hottest properties and will be aiming to despatch Turner in style on June 9.

“This is another stepping stone for me on my way to the top of the Heavyweight division,” said Gorman. “I can’t see Sean troubling me in any way, shape or form. That being said, I think he will come and have a go, that’s the type of man he is.

“He has a decent winning record and took Filip Hrgovic the distance so he must have a bit about him. I’m buzzing to be involved in the big man’s highly-anticipated comeback fight. I’ve been sparring him and he’s looking really well, there’s no better sparring in the World. I can’t wait to see his rise to the top of the division!”

“The difference between Nathan Gorman and myself is that he’s more of a boxer,” said Turner. “He’s got fast hands and fast feet. I come in and take people’s heads off and knock them cold.

“I’m more aggressive and ruthless. I’ve had more fights. I’m going to break his heart on the night.

“My chin is 10 out of 10. I’ve been in with Tyson Fury and Anthony Joshua and the rest of the best in the World. I’ve a granite chin. You can hit me all day and I’ll never go down.”

Further exciting undercard additions will be announced in the coming days.

Tickets for Gorman v Turner are available purchase NOW via the Manchester Arena on www.manchester-arena.com and tel: 0844 847 8000.

Tickets for this unmissable event start from just £40.