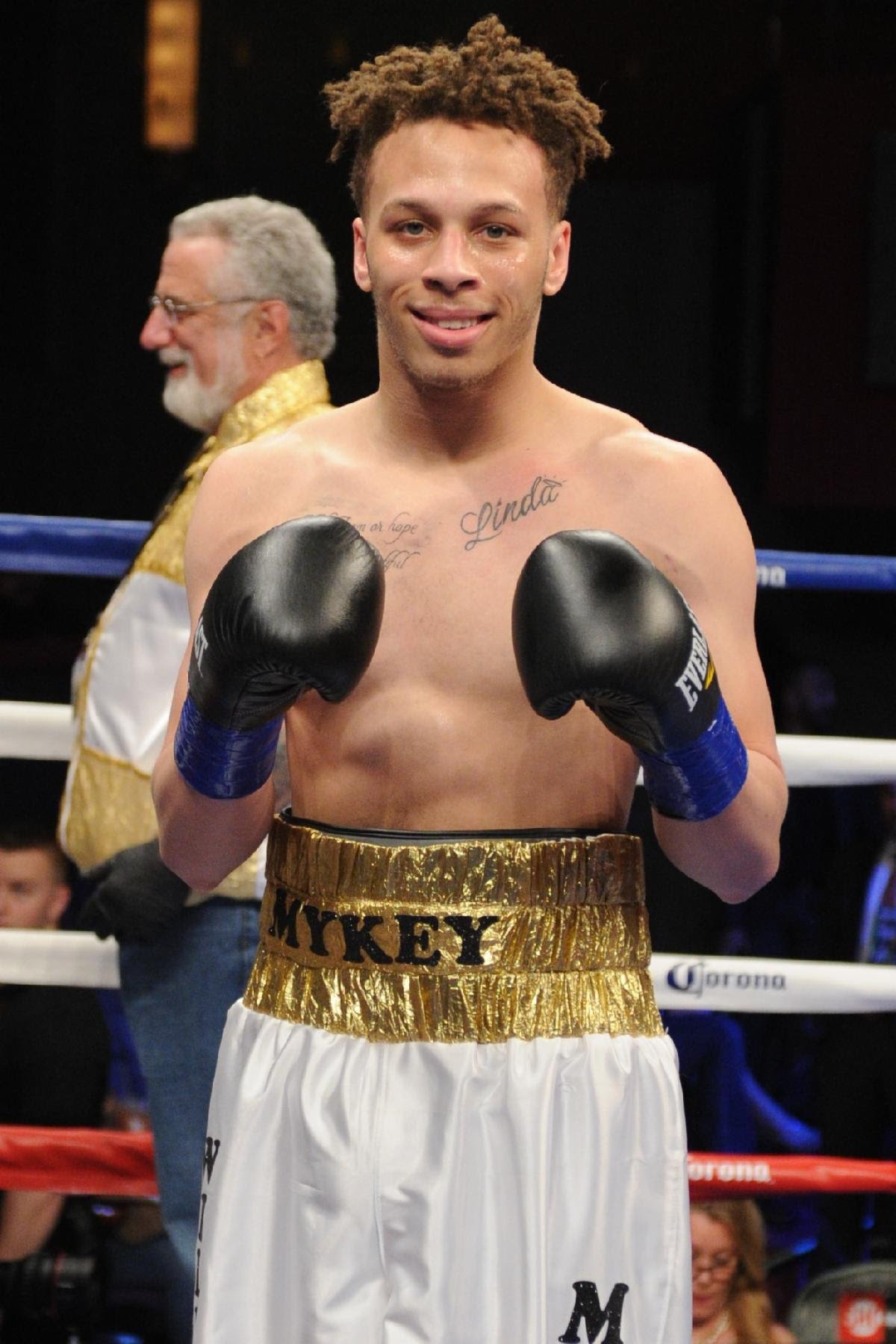 Like most professional boxers, unbeaten super lightweight prospect “Marvelous” Mykquan Williams (15-0-1, 7 KOs) is making the most out of an incredibly challenging situation, as he prepares for his unknown future in boxing.

The coronavirus has shutdown boxing worldwide. Events are suspended indefinitely, boxers restricted in terms of training, and the immediate future remains tenuous at best.

Unable to train at his gym, Manchester ROCS, which is closed due to a Connecticut state order, the 21-year-old Williams is handling this pandemic in a mature manner that belies his young age. No whining, no ‘poor me’ feelings.
“This is a difficult time for everybody, including those of us in boxing,” East Hartford (CT) resident Williams said. “There’s no boxing on TV, nobody can compete, and everybody is isolated. It’s just unfortunate, but I’d rather be safe than sorry. Health concerns are and should always be the top priority.”

Williams hasn’t been in action since last October 24th, when he fought to a questionable eighth-round majority draw with Tre’Sean Wiggins, in which Williams retained his World Boxing Council (WBC) United States (USNBC) super lightweight title. Most observers felt that Williams deserved a win by decision.

Since the beginning of 2020, Williams had been training for an expected fight in the first third of the year, and he’s still training to stay in shape, albeit it not the same way as if he had a confirmed fight date.

“I’m still doing some training,” Williams explained. “I need to stay in shape for when the call comes after boxing returns. I’m in decent shape and when I get my next fight date, I won’t have to go from zero to get ready. I want to maintain 50 to 60 percent shape and then finish off training on schedule for my next fight.”
“I know Mykey has still been running,” Williams’ head trainer Paul Cichon added. “We’re going to be back training soon. I believe everything happens for a reason. Mykey and me had a conference call with (manager) Jackie Kallen and (promoter) Lou DiBella, and we trust that, as soon as possible, Mykey will be back in action.”

Because Williams doesn’t turn 22 until this April 6, in addition to already being a pro boxer for nearly four years, his young boxing career figures to resume quicker and stronger than for many older boxers. Losing six months shouldn’t hinder a prospect like Williams as much as a veteran who may not have nearly as much comparable quality competitive time left in the ring.

“I’m not sure if age is that big an advantage,” Williams countered. “If some fighters were getting burned out because they were fighting a lot, taking time off, whether it’s due to the virus or not, a break may help them come back better and stronger than when they last fought.”

“I don’t know when boxing will return,” Williams concluded, “but boxing will never die. People will always want to see guys punching each other in the face. Boxing is a sport rich in tradition and, right now, there is still a lot of talent coming up.”

And Mykquan Williams will be right at the head of that next wave when the boxing ban is finally lifted.