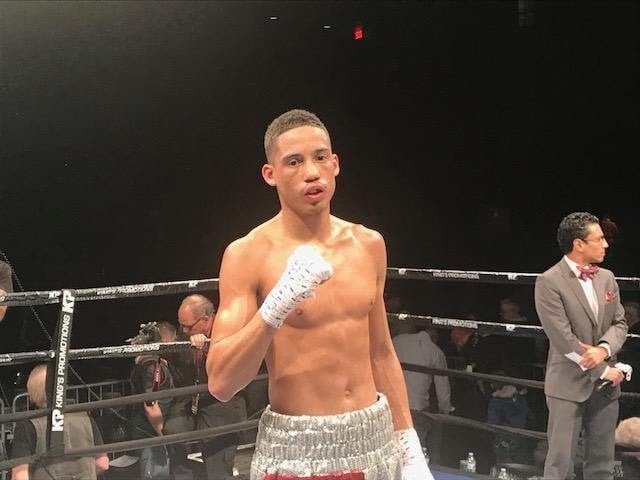 This Friday night, undefeated junior welterweight Mykal Fox takes the next step towards a big fight when he takes on Anthony Mercado in the main event of nine bout card at SugarHouse Casino.

Fox (16-0, 4 KOs) of Forrestvile, Maryland continues his upward climb when he takes on that knockout artist from Puerto Rico.

“I have had a great camp. I had tremendous sparring with (Former 2-time world champion) Kermit Cintron & undefeated Greg Outlaw. I have been getting better with each day,” said the 22 year-old Fox.

In Mercado, Fox is facing a fighter who is coming off his career best result, when he stopped previously undefeated Tyrone Crawley at the same venue on March 2nd

“Mercado is 5’11”, and he has been talking a lot on social media that he is ready for war. I saw his fight with Clarence Booth and his fight with Crawley. He likes to come forward, and I will be ready for that on Friday. Everyone knows that I can adapt to any style.”

This will be Mykal’s first fight in the “Fighting City” of Philadelphia, and Fox would like to indoctrinate himself to the enthusiastic fight crowd.

“I was supposed to fight in Philadelphia in September, but that card was changed. I am super excited to fight there. I want to impress. They are a knowledgeable fight crowd.”

“I am focused on Mercado. I don’t train for events, I train for opportunities. I just want to thank everyone who supports me. I don’t think anyone should miss this.”

In the six-round co-feature, Anvar Yunusov (1-0) of Philadelphia will take on Deo Kizito (3-1, 2 KOs) of Washington, DC in a featherweight bout.

Thomas Mattice (11-0, 9 KOs) of Cleveland takes on an opponent to be named in a lightweight bout.