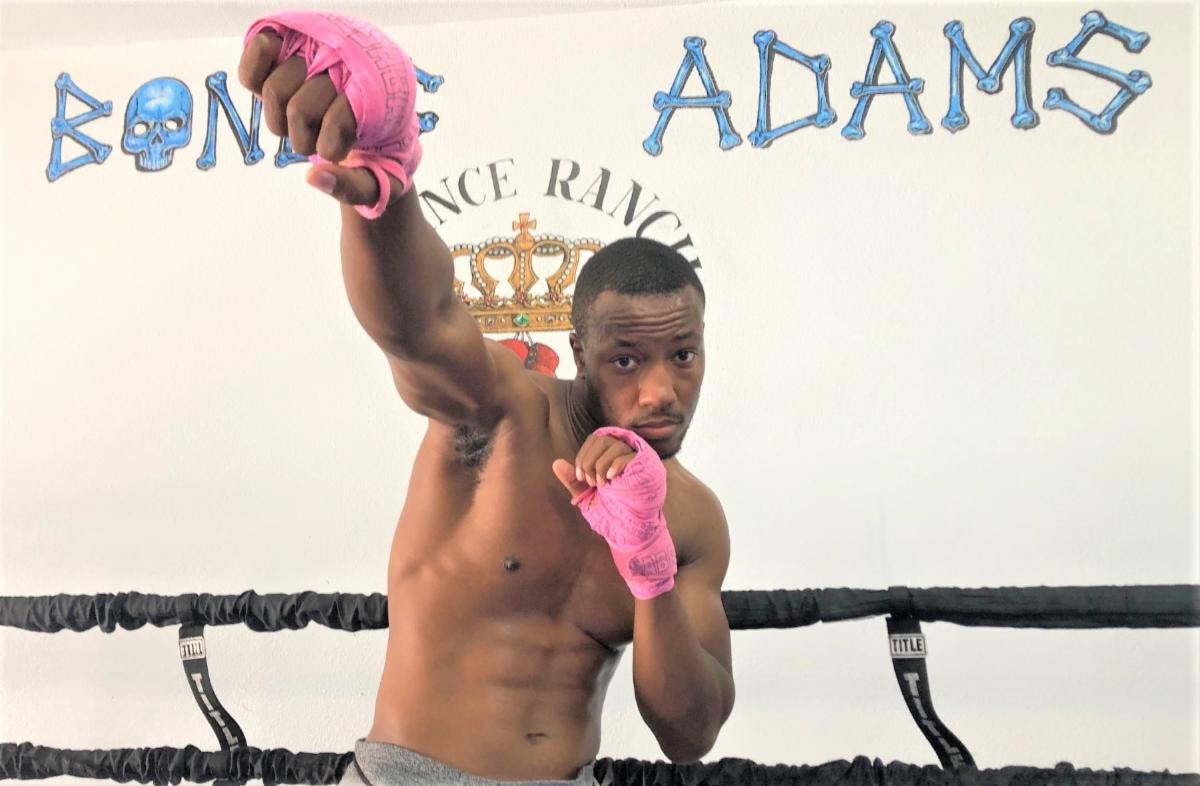 Prince Ranch Boxing’s undefeated cruiserweight prospect, Muhsin “Silent Killer” Cason (5-0, 3KOs), makes his way back to the ring this Saturday, November 16, 2019, against Montez Brown (8-1, 6KO), as the two power-punchers will collide at the La Fontaine Bleue in Glen Burnie, Maryland. The 6-round main event bout is being promoted by Shabazz Brotherz Boxing.

Cason, who is currently riding a three-fight knockout streak, is looking to make it four, as he returns to the cruiserweight division. He’ll be facing his toughest opponent to date against Brown.

“This is a big step up fight for me and I’m looking forward to the challenge,” said Cason, who is managed by Greg Hannley of Prince Ranch Boxing. “What’s important is that I put on a great performance. I want people to be excited seeing me fight. With constantly exciting and well-rounded performances, I know I can get to the next level in the sport.”

Montez Brown is coming off the first loss of his career and is looking to make a statement against Cason, who is not looking past him. Cason, who is trained by his brother, former two-time heavyweight world champion, Hasim Rahman, is feeling good going into this fight.

“I have worked very hard in this camp, and I feel I am the best version of myself,” Cason continued. “Brown is a tough opponent, one who offers different challenges than my last few opponents, so I am not looking past him.”

“Cason is a well-coached, terrific fighter, who has all the tools needed to be a world champion.” said manager Greg Hannely. “Cason wants the best fights available and that is what we are looking to provide for him.”

“My brother has learned a lot in the past year, and this is a chance for him to show how hard he has been training in the gym,” said former two-time heavyweight world champion and older brother Hasim Rahman, who also serves as a Prince Ranch Boxing advisor. “We took training camp to California and got some really good work. Muhsin is ready to go!”

Divante ‘The Dominator’ Jones started boxing at the age of seven after getting in to a fight after school on the school bus. “When he got home I told my dad what happened. my dad paused for a moment and asked me if he was alright,” said Jones. It was at that time Divante told his dad he was fine, but he wanted to learn how to box. Divante didn’t fight in school after that day, but instead he decided to learn how to box and use his talent in the boxing ring.

Boxing is a physical and mental sport, explains Divante. “I started following the bent in my family. My father and trainer, Albert Jones, had a very decorated amateur and professional boxing career. Additionally, my uncles and great uncles were all very successful boxing athletes. To be the best you have to become a student of the game of boxing ~ that was my goal.”

He decided to turn pro after the 2012 Olympic Trials, where he lost 21-20. After getting tired of the politics in amateur boxing, he decided the next best thing was for him to turn pro. As a professional boxer his current record is 9 wins 2 losses with 7 knockouts. “My ambition in is to be the greatest and successful pound for pound boxer of all time. I have
been told my style is similar to that of Roy Jones, Jr. and Floyd Mayweather, Jr.”

“I consider it a privilege and an honor to be compared to them. My ultimate goal is to become the greatest most successful, pound for pound boxer of all time. I don’t have any fear at all, because.”

In the future, Divante would like to continue inspiring youth to use their talents and abilities to make a positive impact in their community. As a mentor, he makes public appearances and speaks to youth about boxing and what it done for him.

Garreth Payton started boxing in 2012. He has always been a huge fan of the sport of boxing, but he never took time out to really get into it him elf. One day while incarcerated he finally decided to watch some of boxing matches and wasn’t too happy with the performance of Elayn Correctional Center Boxing Team.

Afterwards I said “You know what, I am about to start boxing to show those guys how you represent.”

With an amateur record of 31-3 with 27 KO Payton turned pro after release from incarceration.

His current trainer is Varice Copper who has trained Roy Jones. Jr.