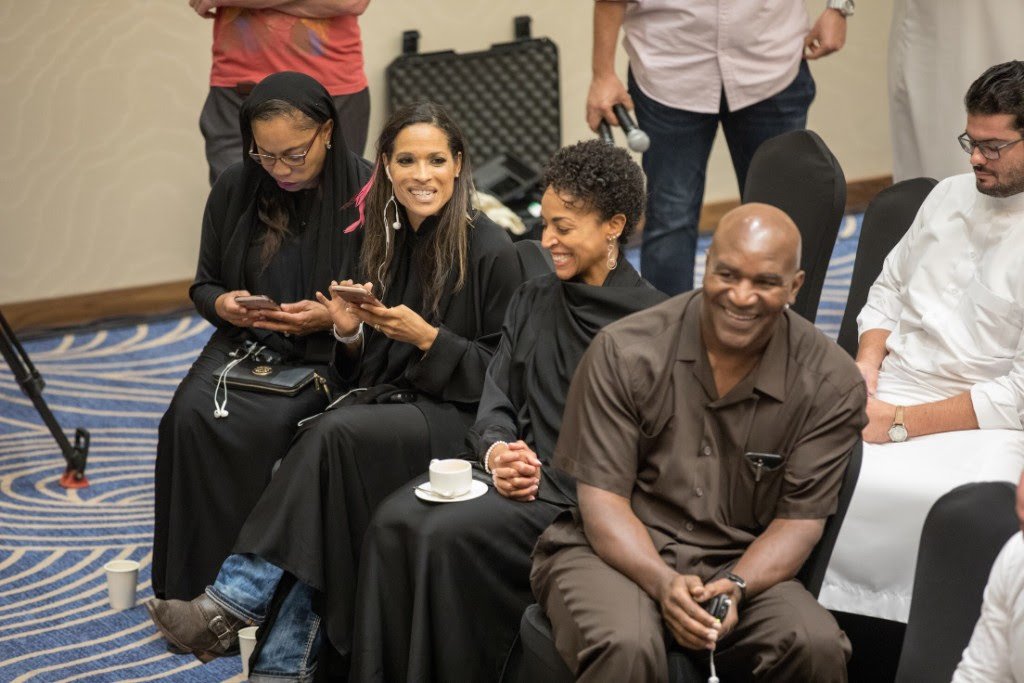 “It is so exciting to be a part of the World Boxing Super Series,” said Rasheda Ali.

The daughter of ‘the greatest of all time’ arrived in Jeddah Wednesday and saw the trophy for the first time at the press conference for the all British final between George Groves and Callum Smith.

“It was an unbelievable experience to be able to see these super middleweight champions, Groves and Smith, on the stage. Seeing these champions go after this prestigious award. It was my first time seeing the Muhammad Ali Trophy in person, and I was blown away.”

“You know, boxing has done so much for my dad and I am so pleased that the World Boxing Super Series has embraced my dad’s life and legacy.”

Rasheda Ali will be guest of honour while watching the historic Groves-Smith final live at The Indoor Sports Hall at King Abdullah Sports City and award the winner with the trophy after the hotly anticipated conclusion of Season I on the World Boxing Super Series.

“To see these two champions questing for this prestigious title in my dad’s honour is something very humbling, and my dad would have been deeply proud to be a part of this,” said Rasheda Ali.

Boxing fans with Visa for Saudi Arabia or situated in the country can buy tickets via sauditickets.sa/en