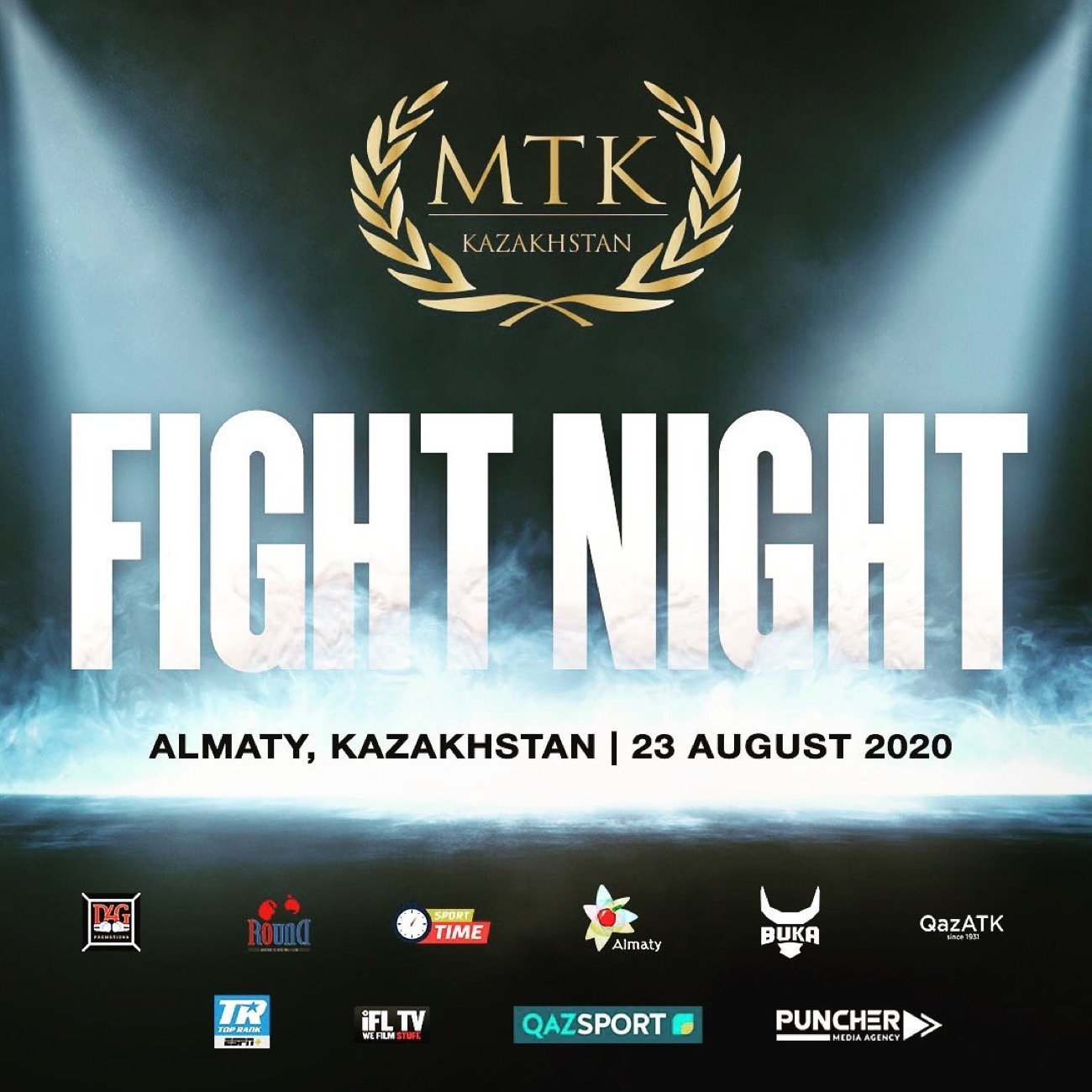 The show will be broadcast live in the US on ESPN+ in association with Top Rank, in Kazakhstan on QAZSPORT and worldwide on IFL TV – and is certain to be another must-see event.

The event features the highly-anticipated debut of amateur sensation Kamshybek Kunkabayev, as he faces an incredibly tough test against Issa Akberbayev. It’s extremely rare for a fighter to take on such a tough task in their opening contest, and is a testament to the ability of Kunkabayev to be taking that risk.

Standing in his way is the dangerous Akberbayev, who in his career has won numerous titles, including the IBO Intercontinental, IBO International, and WBA Asia cruiserweight titles, and has 15 of his 20 victories coming by knockout.

After a successful 2019 which saw him pick up four victories and the WBC International lightweight title, undefeated Viktor Kotochigov will look to build on that momentum when he faces the experienced Andrei Isayeu.

Kotochigov was in fine form during his last bout where he won every round against Javier Jose Clavero back in December, and he now turns his attention to the durable Isayeu, who has previously shared the ring with the likes of Kevin Mitchell and Rendall Munroe.

Isayeu has only been stopped twice in 47 contests, so it would be a big statement from Kotochigov if he is able to finish his opponent inside the distance.

Another exciting professional debut occurring on Sunday’s huge card sees Tursynbay Kulakhmet go up against Sagadat Rakhmankul. Just like Kunkabayev is doing, Kulakhmet will face an opponent with a winning record, showing the ambition of these promising stars.

Rakhmankul has won six of his seven fights, with the most recent coming last August when he stopped former world title challenger Cosme Rivera. He’s been based in North America for his career so far, but now returns to Kazakhstan for Sunday’s interesting showdown.

A must-see battle of unbeaten fighters occurs on the card, as rising star Abay Tolesh (5-0, 3 KOs) squares off with Saparybay Aidarov (4-0, 2 KOs).

Tolesh has won all five of his fights in impressive fashion since making his debut in April 2019, and has proven himself to be versatile, with those victories coming in Bangkok, Mumbai, Nur-Sultan, Dubai and Almaty.

Aidarov has been equally as dominant in his career, winning all four of his contests, the most recent of those when he overcame Yaroslav Manuilov back in October.

After wowing a number of #MTKFightNight cards over the past 18 months, unbeaten Nurtas Azhbenov returns looking to record the tenth victory of his professional career.

He’d hope that it may come in as quick fashion as his last fight, where he needed just 67 seconds to secure a first round knockout win over JR Magboo in Dubai in March.

Shavkat Halilov is back after an extended absence, looking to return to the form that saw him challenge for the Uzbekistan lightweight title earlier in his career.

The third and final professional debutant on the show is just as highly-skilled as the previous two, as teenage amateur phenom Talgat Shaiken enters the paid ranks against undefeated Berikbay Nurymbetov.

19-year-old Shaiken had an incredible amateur career, earning a silver medal in the Youth Olympics whilst also becoming a Youth Asian Champion.

He has a difficult opponent, squaring off with dangerous Nurymbetov, who has won all five of his professional bouts, and in his last outing needed just 121 seconds to secure a first round knockout victory over another debutant in Galymzhan Dikhan.