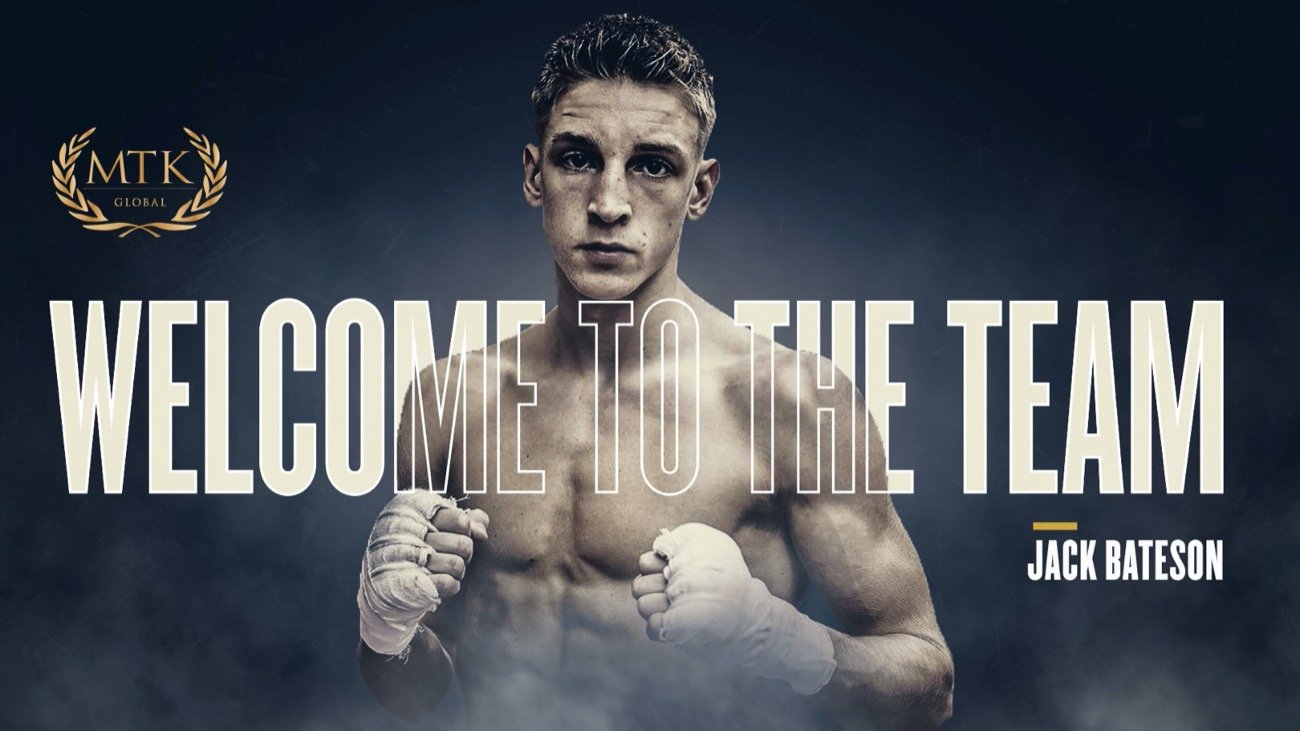 Maphosa (10-0, 1 KO) is a former Team GB standout, having won a number of accolades during his amateur career, before going on to turn professional in 2017.

He has looked extremely impressive since entering the paid ranks, winning all 10 of his fights in impressive fashion, with the most recent of those coming in February when he competed on a huge #MTKFightNight in Newcastle.

MTK Global will be working alongside Phil Jeffries to guide the career of Maphosa, and the duo are extremely excited about the future.

Maphosa said: “I am very excited to be joining MTK Global. They are one of the biggest companies in boxing today, so it’s a pleasure to be part of a huge team

“MTK global are doing great work with some of the biggest names in boxing and its an honour to be on the same team as the likes of Tyson Fury, Billy Joe Saunders, Josh Taylor and Carl Frampton.

“I am happy with how my career has gone so far, but with signing with MTK will take me to the next level. Over the last few months I’ve been desperate to get into the swing of things.

“During lockdown I just had to be dedicated and continue ticking over with my training, with a lot of running, cycling and body weight training. Things are slowly getting back to normal and I can’t wait to start camp!

“I’m hoping to stay busy and active, and now I’ve signed with MTK I can get my career moving in the right direction. I’m in the sport to be a world champion and that’s the stage I’m aiming for, so it’s big fights and big nights ahead.”

“I think MTK Global has a great future in boxing and are well trusted by always putting the boxers first. Since working with MTK they have done everything promised, and I’m really chuffed to have Joe joining.”

Leeds hero Bateson (11-0, 3 KOs) has looked perfect in his professional career since turning professional in 2017, having had an incredible amateur career which included winning the ABAs twice and securing a European bronze medal.

The 26-year-old is already a superstar throughout Yorkshire, and he’s thrilled to now continue his journey alongside MTK Global.

Bateson said: “I am very excited. I know that MTK Global is the best management team in the business. I’ve seen what they’ve done for other boxers over the years and I am confident that they can do the same for me. I look forward to a successful journey together and trust them in helping me achieve my dreams.

“It’s great to be part of the same team as some of the biggest names in boxing. MTK have helped these guys get to the level they’re at now so it just shows what’s achievable with hard work and a great team behind you. I know I’m in good hands.

“I’m very happy with how my professional career has started. I’ve had 11 fights since turning professional back in September 2017 after a successful amateur career. My Dad Mark has guided my career so far and promoted most of the shows that I’ve headlined too.

“I’ve boxed on some big stages already, like Elland Road football stadium and the First Direct Arena on the undercards of Josh Warrington. I’ve had some great nights fighting in my home city of Leeds with my people behind me, but now I’m ready to take things up a level following a good couple of years of learning.

“I’m confident that MTK Global will take me to that next level now and hopefully it won’t be too long before I’m headlining the big cards in the city myself. I’m really excited to get started.

“My dream has always been to one day win a world title and pick up other titles along the way, including the British. I know I’ve got a long way to go but fully believe that I will get there. With MTK behind me I know that the opportunities will come my way as long as I keep winning and doing my job.”

News on when Bateson will have his first bout as an MTK Global fighter will be announced in due course.